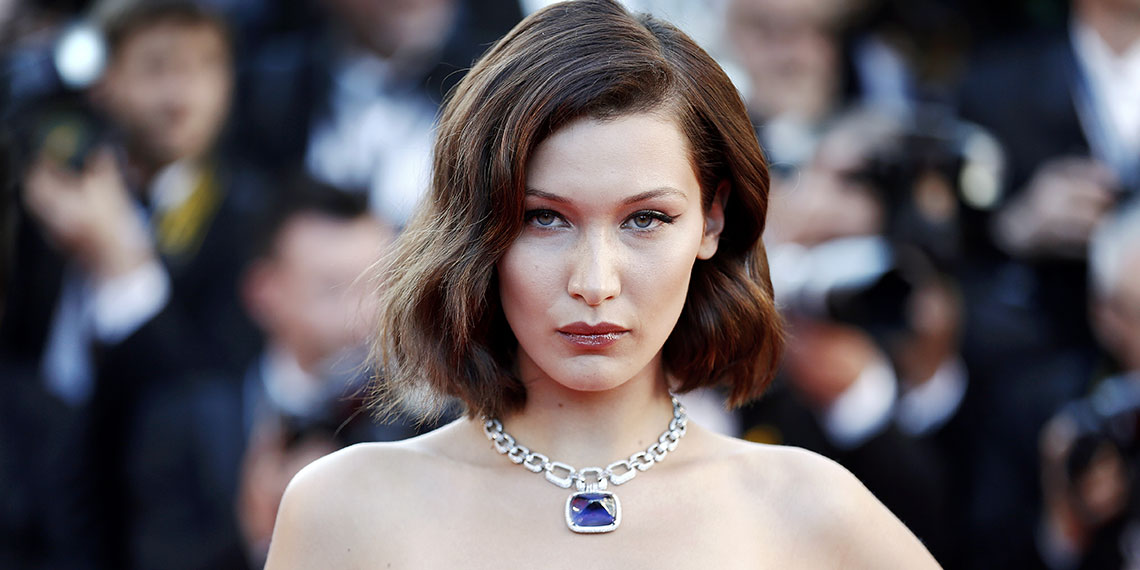 Photoshop Fail Of The Week: The World’s Most Beautiful Woman Still Facetunes

Bella Hadid is one of the biggest supermodels of our generation. Personally, I love her and Gigi. I hope we’ll continue to move away from using only the super tall, super thin, super conventionally beautiful body type as models, but in terms of their careers, the Hadids are killing it. Bella’s had a good week in general too, because she was just announced as the most beautiful woman in the world, according to science. I mean, I think beauty is subjective, and I’m super confused that this is the science we’re reading about instead of, you know, tackling global warming, but okay. She is definitely one of the most beautiful women, without a doubt. However, somehow, being the most beautiful woman still does not spare you from the siren call of Facetune.

Bella’s been caught editing a few times in the past, especially her body (which I don’t understand at all, but k). Like, if someone that thin thinks her body needs to be edited, imagine, just IMAGINE, what she’d do to a pic of my size 8 ass. She’d probably just have to throw the whole pic away. But I wanted to take a look at what regular, run-of-the-mill selfie editing Bella does on the reg. If I were the most beautiful woman in the world, I would do none. I already do none because it’s honestly too much work and I don’t care. But models are just like us, and they also have insecurities. I don’t agree with using Facetune to hide them, especially as public figures (of beauty, no less), since it creates a very toxic standard for what women are supposed to look like. But until Bella gives me control of her phone, this is just the reality we live in. That said, I will definitely continue to call it out so people can understand that it’s not real, and nothing to aspire to.

So here is Bella, looking like the most beautiful woman in the world, in a regular selfie:

My vibration is only love and light ✨

And here she is in a paparazzi pic that is (to my knowledge) unedited:

But there are definitely a few differences I noticed right off the bat. Aside from just the basic, she has a tan, her hair color (which is dyed and not Facetuned), the amount of makeup she’s wearing, the thing that jumped out most to me was her face/jawline. Bella has a clean strong jaw, which I actually always thought was a good thing? Maybe I don’t know what’s cool with the youths now? But in her own pic, her face is really, really thin and much softer. She looks like she’s wearing less makeup in the selfie, but somehow her nose bridge is completely blended out/gone, and her nose looks smaller. Proportionately, her eyes do look bigger, although it could just be makeup/angle differences. And her lips look bigger, but still the same shape. But the pics are at different angles so it’s hard to tell.

So I moved it.

Even I was surprised when I made this GIF. Her face is basically half the size in her own selfie. But like…why though? She already apparently has the most beautiful face in the world? Her lips are made a lot bigger and her nose was definitely smoothed. It does look like the eyes are made bigger, too. One thing I will say is that it doesn’t look like she airbrushed her skin at all besides the nose, so Bella must just have a good dermatologist. I like when we can actually see celebs with pores instead of the scary plastic-y skin they’re all so fond of.

Have you seen some of Bella’s other Photoshop Fails? Do you think it’s crazy that these insanely perfect women still do this shit? Let me know!