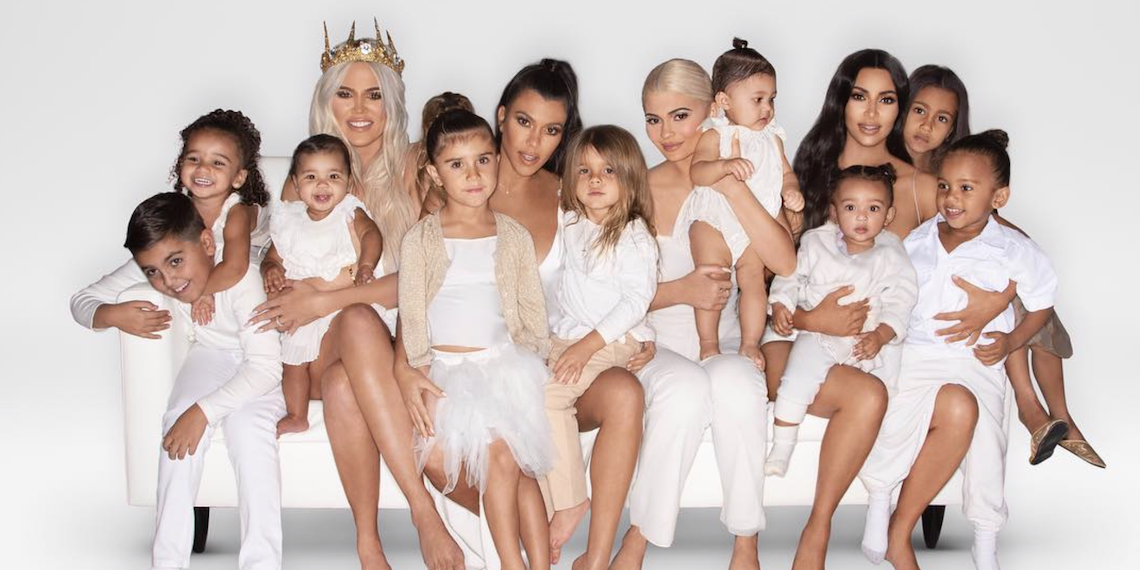 Photoshop Fail Of The Week: F*cked Up Feet

In my lifelong search for Photoshop fails, I was originally going to do a more recent photo, but then I found this one, and I was like, oh my God, how, why, etc. I can’t just let it go. It’s too weird and funny. In today’s effort to leave Khloé alone (for now), we’re going to explore the Kardashians as a whole. Except, even they cannot be blamed for this one. Because today’s Photoshop fail is definitely the work of a professional. And by that, I mean the really bad work of a professional. This fail goes way beyond regular FaceTune bullshit. It’s the Kardashian/Jenner 2018 Christmas Card.

I remember seeing this photo on Instagram and thinking it was super cute. All the kids, excluding the less interesting family members (bye Kendall, Rob, etc). It’s a great photo and Christmas card idea. I also like when they actually smile in photos with their kids. Usually they are trying too hard to look high fashion and it looks like they f*cking hate their children.

Like, doesn’t Kim just look like she’s thinking, “Don’t you dare spit up on me, this is a Chanel”? And North is like, “They don’t pay me enough to deal with this shit.”

But the Christmas card, so cute. Everyone happy. (Well, actually except North, now that I looked at it. I guess she wasn’t paid enough for this one either. Or Penelope and Reign.) Loved it. I didn’t even notice anything wrong with it.

These are Khloé’s feet:

But…. they are also Kylie’s feet?

And…actually…one of Kim’s feet, but with a darker skin tone?

Is somehow… also… Kim’s other foot?

They wouldn’t, like, swap out their feet? Right? In fact, Kylie’s feet even look like the same foot flipped. But we could check that. They wouldn’t do that right? Like, what if I flipped them all in the same direction?

This is all the same foot, rotated, stretched, sliced, and warped a little so it looks like the angle is different. Then they blurred or repainted some of the toenails. And Kim’s foot is toned a little darker.

And Kourtney and Kim’s other foot:

Again, this is the same foot. The toes were just warped over so they are more squished. The warp tool kind of smushes things to  move or drag them out. This is a CLEAR usage of it for the exact same foot. To prove it, let me do a quick edit to warp the first foot to match the second:

See? Now the toes are in the same position. This took me literally three seconds. From there, I would just erase part of the toes so they’re a little shorter, blur the nails, and erase out part of the foot. It would match the Kim K foot identically. And that’s how the photo editor tried to get away with disguising it as a different foot. But not different enough!

Sooooooooo, what the actual f*ck? Are the KarJenners just like, ridiculously insecure about their feet? Why would anyone do this? I wonder if they even knew this happened, or if the photographer did it without telling them they have ugly feet. What mostly likely happened is that feet just look super weird in photos. I don’t know if you’ve ever had this happen, but especially when you’re sitting back and your feet are closer to the camera than you are, a weird perspective thing happens where your feet look gigantic. That was probably the case here. But like, just leave it? It’s a normal photo thing?

The photographer decided to fix it by most likely just taking a stock image of a foot model and copy-and-pasting the same foot as many times as needed and then warped/sliced/blurred them to make them a little different. This is dumb on so many levels. I would have left it alone, or if I noticed their feet were huge while shooting, I’d move the camera. And I’m not even a photographer.

If he didn’t notice until later and it looked really bad, I would have shrunk their real feet and replaced them. If for some reason that isn’t doable, and they have crazy hideous feet (maybe it’s a Megan Fox toe thumb situation?), then AT THE VERY LEAST, use several different stock foot images for each person. Copy and pasting the same image over and over is like the easiest way to out an edit. It’s Photoshop 101. You don’t leave distinct repetitive marks. Especially not entire appendages!

I don’t even blame the Kardashian/Jenner clan for this disaster. This was definitely the work of a sloppy-ass professional and they should get their money back. Or hire a true pro that knows how to do this correctly (HI). Most people edit to hide acne, skin imperfections, body fat, bags under eyes, etc. But their feet? I mean, they’re all beautiful, can’t they be allowed to have ugly feet? Even that has to be a stock model? However, I will give the photog some credit. They all at least have the correct number of fingers in this one.

Omg, real quick. I was literally done with this article but I looked at the photo again and I’m pretty sure North’s face is Photoshopped into it. I have no proof, it just is a v awkward angle. Like it seems like Kim was covering her too much so they used a different photo to stick her miserable little head back in.

Doesn’t this just look off? They could have at least put one where she looked happy. Okay, that’s all. Byeeee, more Photoshop fails coming soon!