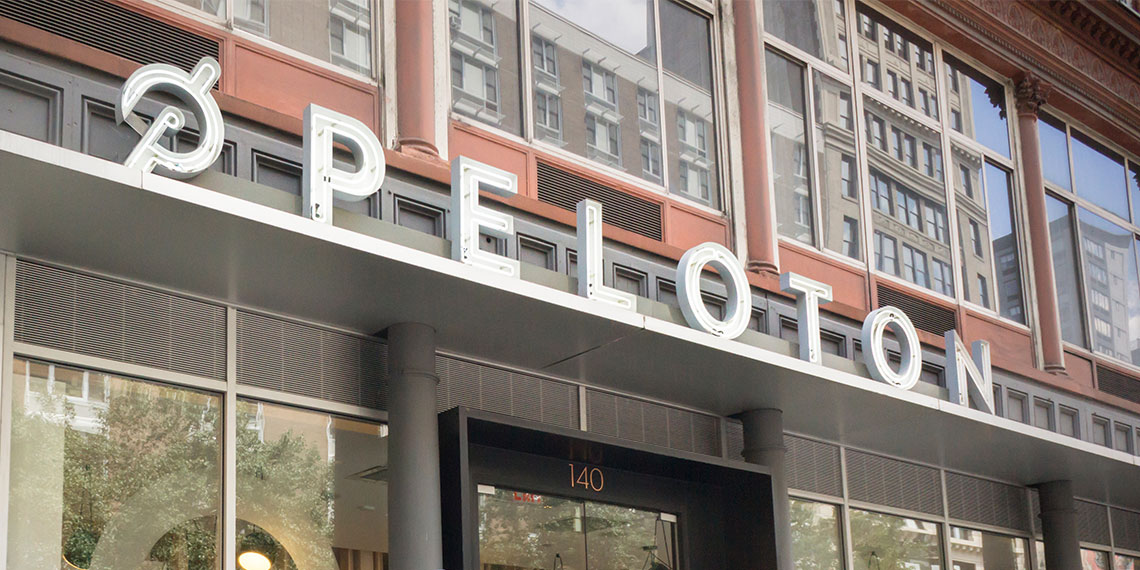 Peloton Is Getting Trolled For Their Tragic Holiday Commercial

Guys, who is working in Peloton’s marketing department? Because they just put out one of the most confusing and awful Christmas ads of all time. And I’m not just saying it’s bad because I ate pie for breakfast for the past four days and I’m feeling personally attacked right now. Even all the sane people on Twitter agree. They’ve been roasting it for days. Are you wondering what I’m talking about? Here’s the ad, in all its glory, so watch it and then we’ll chat.

Okay. So. Before we even get to the content of the ad, let me point out that Peloton has turned off the comments on the ad, most likely because they were getting majorly trolled. This commercial isn’t outright offensive like Kendall Jenner’s Pepsi fiasco (good memories!), but it’s never a good sign when you have to disable the comments.

So, let’s start from the beginning. Sir, maybe your beautiful and skinny wife wants a Peloton bike. Great! Exercise is important! Exercise as a Christmas gift from YOU, however, kind of implies you think she needs to exercise. Which means you think she needs to lose weight. Which is rude. Last year at my office white elephant party, one of the men chose a smart scale because he said his wife “really wanted one.” I have not seen him since. So, gentlemen, the moral of the story is that you should stick with jewelry for Christmas! And then maybe get the Peloton as a fun family gift in January.

Nothing says “maybe you should lose a few pounds” like gifting your already rail thin life partner a Peloton pic.twitter.com/E2M9gFdD5A

Before her first ride, our heroine says that she’s “a little nervous.” Bitch, why? You’re a fit woman riding a stationary bike in the comfort of your own home. This isn’t a SoulCycle class where the instructor is going to yell at you if you need to take a 30-second break. You’re not like, riding a bike on the side of the highway. There is nothing to be nervous about, sweetie! Let’s also talk about how she asks if he’s surprised she’s worked out five days in a row, because she sure is! Like, what? Woman, have you looked at yourself? Of course you worked out five days in a row! I’m sure you worked out five days in a row before you got this bike. If you didn’t, you most certainly sold your soul to the devil, and I’d like a map to where I can find him please. (Seriously, DM me).

Our Peloton rider also mentions that she didn’t realize how much she would be changed by this. Changed how? There is no further explanation. She looks exactly the same. Well, she actually looks slightly sadder because she has spent an entire year biking and biking and biking and she has traveled nowhere but her living room. Can you imagine anything more depressing? Also, she has been recording herself on the bike all year, and I can’t figure out why. Is it like the rule that you aren’t allowed to run a marathon if you don’t constantly post about running that marathon? Oh, that’s not a rule? Can one of you alert my Facebook friends from high school, please? At the end of the commercial, she makes her husband sit down and watch a year’s worth of those videos. Ohhhh, so this was a punishment. Seems fair.

The face you make when your day requires videoing your workout, keeping floor to ceiling windows spotless, and hoping your kid doesn’t spill anything on the white furniture #peloton pic.twitter.com/4xe2YvcMUF

So what is this ad supposed to accomplish? Is it supposed to make me want a Peloton? Because I think it fails to do that. Having someone shout out my name and location to strangers is my actual nightmare. However, the commercial does make me want a new phone, because I threw mine into a wall after watching this. So maybe it’s secretly an Apple ad? If they wanted to get people talking, they certainly accomplished that. There are so many thoughts about this on Twitter, but I think I found the one that really captures the truth of the matter:

When is Peloton going to make an honest commercial and demonstrate how much laundry it can hold?

Or as my former roommate and I like to call it, a chairdrobe. Patent pending.

Did this commercial make you more likely to buy a Peloton? Or maybe just more likely to roll your eyes so hard that they get stuck? Well, welcome to Christmas ad season, folks! December has just begun, and this is surely the first of many holiday commercials that will be getting roasted along with the chestnuts.