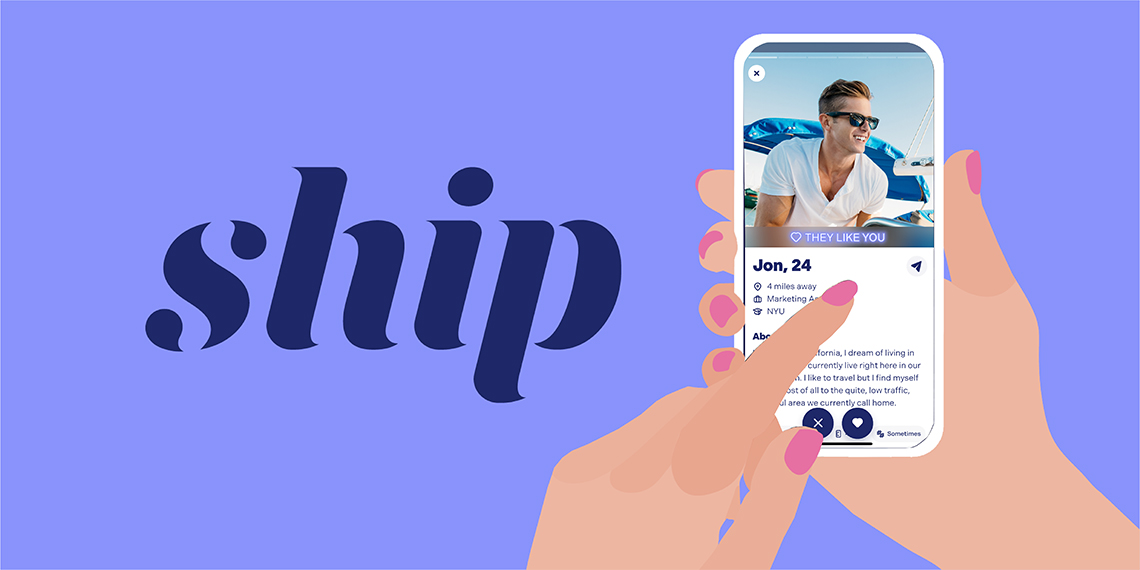 As 2020 turns into 2021, not much has changed. We’re still washing our hands, staying inside, and online dating remains the only way to meet someone (unless you’re able to make a connection with a cutie across the grocery store aisle and you are really good at flirting with only your eyes). Since we’re not about to meet someone at a crowded bar anytime soon, our dating app Ship is rolling out a bunch of new features to make online dating with your friends’ help and input even better.

With most dating apps, the only way to unlock certain features like sending unlimited likes per day or finding out who likes you in advance is to pay for a premium membership. Ship knows nobody wants to pay for that sh*t, so they launched Ship Rewards. It’s a virtual in-app currency called Ship Sparks, which you can earn by doing things like inviting friends or swiping. You can then redeem Ship Sparks for those perks like unlimited ships and swipes—without having to put in a credit card. It’s a win-win: you get the added bonus features, all for doing the stuff you’d normally be doing on Ship anyway.

Gone are the days when your friend would wingwoman you with the cutie on the other side of the bar. But never fear, because Ship’s new Hype Line feature is basically that, but virtual. Now, when you’re swiping for your friend, use Hype Line to leave your friend’s prospective match a note. Maybe something like “your dogs would make such a cute couple” or “ask her to explain why Parks and Rec is better than The Office”.

Being able to see who else liked you is typically a luxury that other apps make you pay for—but not Ship, because they’re offering it for free. Soon, you’ll be able to see which eligible singles have already liked what you’re putting out there, just unlock the feature by picking up some Ship Sparks, and you’ll be on your way to quicker matches.

Just because it’s still a pandemic doesn’t mean all hope is lost for your dating life. With these new features from Ship, you’ll find your quarantine bae in no time.