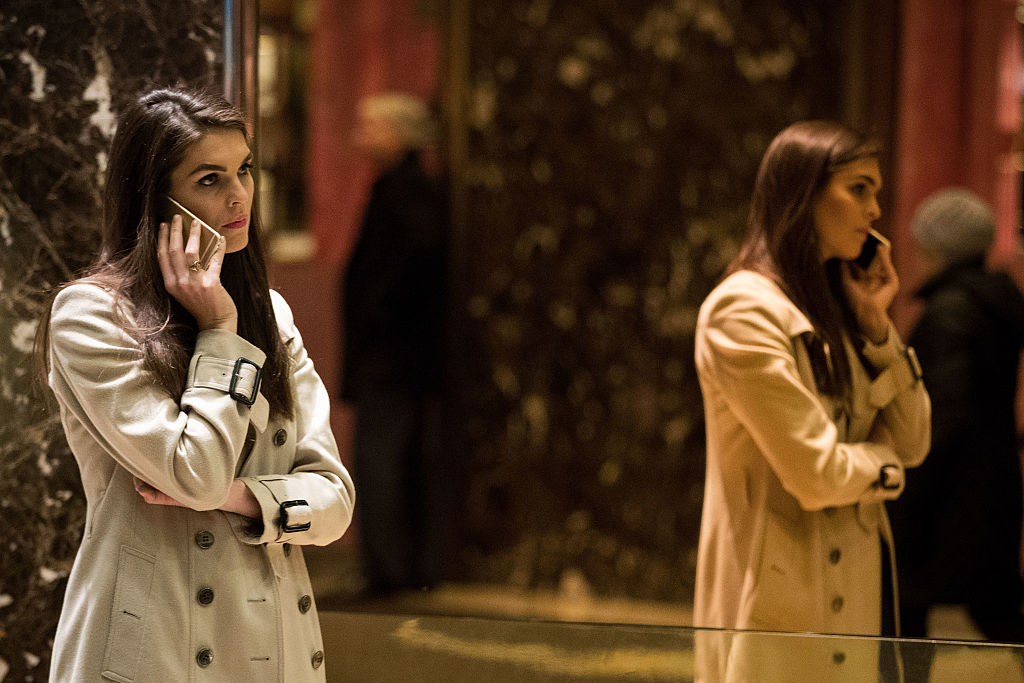 The One Where The White House Lost Hope

The White House Is Hopeless

Just when you thought the week was basically over and it was time to start focusing on your weekend blackout, the news pops off and suddenly you have to “read” and “pay attention” and shit. Ugh.

The only hot person in the Trump administration (sorry Ivanka) has resigned. White House Communications Director and contour icon Hope Hicks will be stepping down from her role in the Trump Administration in the coming weeks to “pursue other opportunities,” aka “work on her indictment body.” Hope testified for nine hours before the House Intelligence panel earlier this week, but according to her, that’s totally not why she’s leaving the White House. Totally.

Much like you in 8th grade, President Trump gives nicknames to everyone that annoys him. His latest victim is our very own Attorney General Jeff “I Do Not Recall” Sessions. President Trump apparently calls Jeff Sessions “Mr. Magoo,” which is a reference to some old cartoon you can ask your parents about. TBH, IDK where I rank this nickname on the Trump nickname scale. It’s better than “Dicky Durbin,” but it’s def no “Little Marco.”

Elsa might get a girlfriend in Frozen 2. Director Jennifer Lee told The Huffington Post that she can’t give too much away but, “Where we’re going with it, we have tons of conversations about it, and we’re really conscientious about these things.” Motion for Frozen 2 to be entirely Elsa exploring her sexuality while attending Arendelle’s premier women’s college?

Low-key wish you could get all your news this way? Guess what betch, you can! Sign up for The Betches Sup newsletter and get all the news you need, explained in a hilarious af way, 5 days a week. You’re literally so welcome.