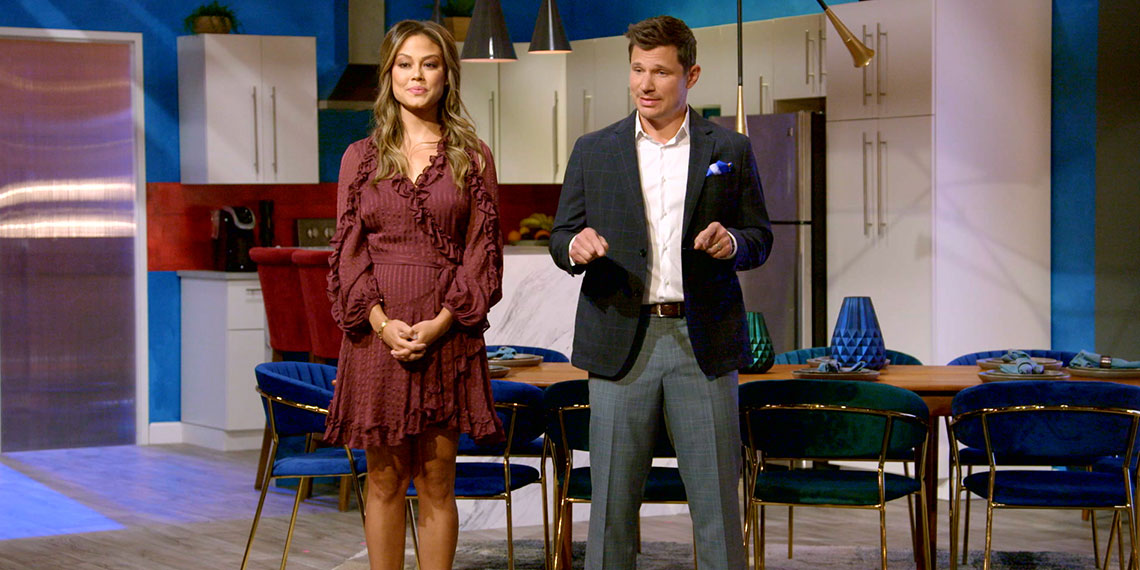 I could talk about Love is Blind for hours. I could write multiple theses on the show and what its success reveals about our culture (I have a few drafted, in fact). I could spend hours stalking each contestant on Instagram and trying to figure out who’s still together based on their tagged photos. (Okay, so I have done that last thing.) We all have our favorites, even while we all can agree that Jessica was the worst and Mark deserved better. Personally, my pick for least favorite was a close call between Jessica and Giannina. Sure, Jessica led Mark on for the entire duration of the show and was clearly never really into him in the first place, she just wanted a ring, but at least she was entertaining. Giannina, on the other hand, was borderline scary. I’d watch her try to take any legitimate criticism from Damian (“you criticize me for being on my phone too much when you’re on your phone right now, as we speak”) and turn it around on him. She’d fly into a rage at the drop of a hat. And if anyone I was dating ever called me “motherf*cker”, and said on camera that I was not the best sex they’ve ever had, I would be out the door so fast, it would set Olympic records. But Damian seemed like he was caught under some sort of spell (Giannina’s hotness), and would continue to be her emotional punching bag for the rest of his life. Which is why (spoiler alert, seriously don’t read any further if you haven’t watched the finale yet) I was pleasantly surprised and impressed when Damian grew a f*cking spine and left Gigi hanging at the altar. “You’re doing amazing, sweetie,” I said to my TV. Well, it appears I may have spoken too soon and Damian is not, in fact, doing amazing sweetie, because Damian and Giannina may be back together.

A moment of silence for Damian’s spine. You may have only been on this Earth for a short amount of time, but your brief appearance gave us one of the best moments in reality TV this year:

Sorry boss I’m not doing any work today, I’ll just be thinking about the finale of Love is Blind. By @betchesbrides

Chris Coelen, the producer of Love is Blind, told Metro.co.uk that Damian and Giannina have gotten back together. He said, “There was only one couple that broke it off that has attempted to re-engage and that’s Gigi and Damien. And we’ll see what happens with them. We’ll see.”

Damian, I was rooting for you! I can’t say that we were all rooting for you, because I haven’t spoken to everyone, but this is seriously disheartening. Confirming the news that Damian and Giannina are back together is Giannina’s mom, Milady. On Instagram, a commenter asked her why she still follows Damian, and in a now-deleted comment, she basically said it’s because Damian and Giannina reconciled.

Per Buzzfeed, this comment translates to, “It’s not acting, not even a little bit. I follow Damian simply because they reconciled and are still together, they love each other and it was best for to happen because that way they could get to know each other better.”

Now, it’s funny because the original comment in question asked Milady if this was all acting, and she said it wasn’t. But a new discovery that I came across on Reddit would lead me to believe that, actually, it might all be acting. Thank god, because I was about to believe that Gigi and Damian got back together because they actually thought they could make it as a couple. Phew! Maybe they’re not completely naive, just fame-hungry and a little media savvy.

If you watched Love is Blind at all, then you may have felt like a lot of what we got from Giannina just seemed… kind of off. She delivers lines that just don’t sound like the way people would ever naturally speak in conversation, and just acts completely over-produced (moments like her re-proposing to Damian stick out). From giving Damian his bow back after getting left at the altar to telling him his reasons for walking away are “such a beautiful excuse, darling,” it just reads like she had all these lines to deliver planned out in her head. Plus, check out this reaction to Damian telling her he won’t marry her (please excuse the janky recording, I made this gif myself):

That… does not look like shock to me. It looks like, I don’t know, an O-face? A yawn? Whatever it is, it’s not the expression you make when you get dumped at the altar. It’s just weird.

On top of that, someone on Reddit (in a sub that has now since been banned from Reddit) found Damian’s acting resume,  which hilariously lists his “lead Role” in an “Untitled Netflix show”, as well as what appear to be a few gigs as an extra (he was “Party Goer” in Dirty Grandpa and “soldier” in Thank You For Your Service). So, while our man might not be an aspiring influencer, he is an aspiring actor, which makes me wonder just how real this reconciliation is. I think Milady doth protest too much and this might, in fact, all be acting.

Maybe Damian and Giannina recognize that they can get way more publicity as a couple than they can as individuals, or maybe love really is blind (and stupid) and they are back together because they really just love one another. Who knows! Without a 10-minute monologue from Nick and Vanessa Lachey repeating everything I already know, I really can’t say for sure.