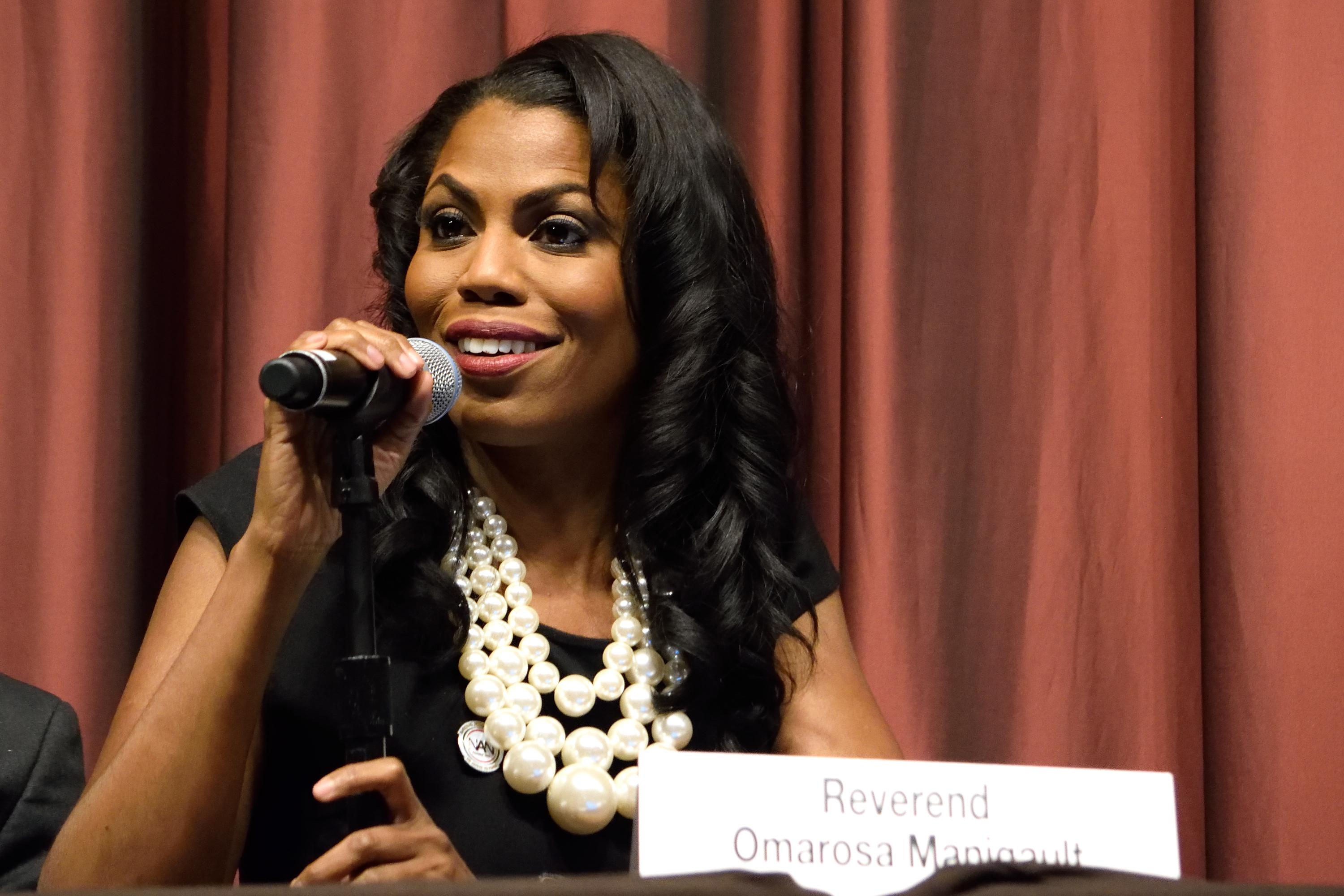 It’s been less than two months since The second most famous Apprentice-star-turned-White-House-official Omarosa Manigault left her job in the Trump administration, and she’s now safely back on reality television where she belongs. She’s currently living in the Celebrity Big Brother house, and she already spilled the tea on Trump’s tweets.

Omarosa wasted no time before milking her recent political experience for reality show gold, and her conversation with Ross Mathews is one of the best things we’ve seen in a long time. Ross and Omarosa are sitting on the most uncomfortable-looking couch we’ve ever seen, and Omarosa is wrapped in a blanket as if someone pulled the fire alarm in her building while she was taking a shower, except she has clothes on.

Omarosa has these lines ready to go. This is 2018. pic.twitter.com/sGwZxIK89B

Ross asks her why the fuck she decided to get involved in the Trump administration in the first place (same), and Omarosa says through tears that she felt like she was answering a call of duty to serve her country. Like all of us at home, Ross obviously isn’t buying it, but he sits and listens like any self-respecting gay who knows there’s gossip to collect. Omarosa claims that she was “haunted by tweets every single day,” which accurately describes literally all of us for the past year.

Ross asks if she tried to intervene, and she says that her efforts to get through to the Donald resulted in her being pushed further away. “Ivanka’s there, Jared’s there,” she says, apparently listing the other people who have been completely useless in their year in the White House. When Ross asks who does have the power to get through to Trump, Omarosa responds with some next-level bullshit: “I don’t know…I’m not there…It’s not my circus, not my monkeys…” Bitch, what?

Ross, who apparently came prepared with a list of questions that we all want answers to, then asks Omarosa if we should be worried. We know the answer is yes, but hearing Omarosa basically growl “it’s BAAAAD” strikes a fear in our hearts that we’ve never felt before. Like, she must know even more than we do, and she clearly isn’t comforted by any of this extra info.

Ross asks her to say it’s going to be okay just for shits, but Omarosa won’t fucking say it. It’s just not going to be okay. No, I’m not sweating right now, that’s just some random water on my forehead. Everything is fine, I’m fine, we’re all fine, it’s all good. Fuck.

Celebrity Big Brother is just getting started, and this shit is on five nights a week, so prepare for many more dramatic Omarosa/Trump moments if she sticks around for a while before getting evicted. Omarosa is currently in her seventeenth minute of fame, and she needs to prolong that shit as much as possible. Ross, meanwhile, will be in the corner hyperventilating into a paper bag.