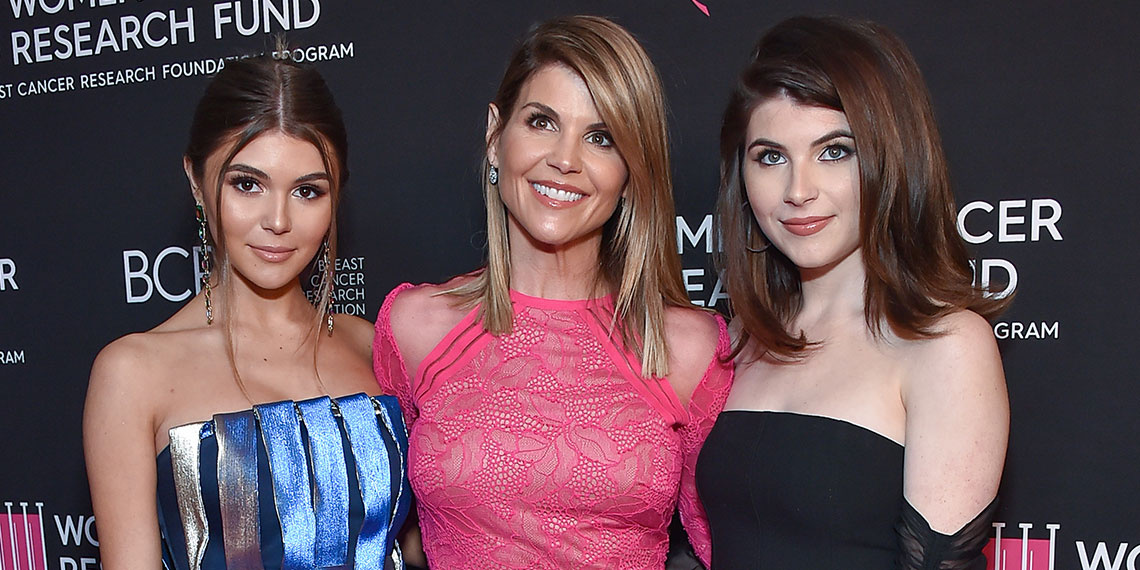 It’s been a while since we really talked about what’s going on with Lori Loughlin’s legal situation, but there have been some important developments in recent weeks. We don’t yet know when Lori and Mossimo’s trial will start, but as the legal process moves forward, we’ve gotten more information about the details of the case, and the whole thing is basically like a car crash that I can’t look away from. Or like, a rowboat crash that I can’t look away from.

Today, a key piece of evidence in the case was released: Olivia Jade’s rowing resume that was submitted to USC. Obtained by TMZ, the resume contains a detailed list of Olivia’s crew achievements, and I’m obsessed with it. Quick reminder, in case you haven’t been following this whole thing closely: Olivia Jade has never rowed a day in her life. Keep reading if you want to feel better about using a friend as a reference on your job applications.

As a coxswain (the person who steers and keeps the pace on the boat), Olivia’s skill set is listed as “Awareness, organization, direction and steering.” As someone who is admittedly not a rowing expert, I have a few questions. Like, how does organization actually factor into this? Does she mean like, organizing stacks of paper? Keeping a planner? I don’t really think there’s much in a rowboat you’d need to keep tidy, but I’m glad she’s so organized. Also, are direction and steering not kind of the same thing? If someone told me they were good at steering, I would assume they could handle left and right. Whatever, I didn’t get into USC for rowing, so what do I know?

The craziest part of the resume is definitely the level of specificity it gets into about Olivia’s past rowing results. It lists specific finishes for several competitions, including Boston’s prestigious Head of the Charles Regatta. She also lists three college programs that she’s done, which all sound like they would be pretty intense. Did Olivia Jade, or whichever assistant wrote this, not realize that this amount of information could’ve been pretty easily fact-checked? If she knew she was going to get in regardless, why not just be like “yeah I used to row”? Everyone knows that when you’re lying on a resume, you have to keep things general enough that you can’t be easily caught! What is this, amateur rowing hour?

In the final paragraph about her achievements, the resume says that “she is highly talented and has been successful in both men’s and women’s boats.” Smh, she really did too much. Again, as long as the check cleared, she knew she was going to get in! Why go on and on about how talented she is when she probably doesn’t even know the difference between port and starboard? Are you impressed by my boat lingo? Okay, moving on.

In addition to the most padded resume ever, we’ve recently gotten some insight into just how Lori and Mossimo plan on talking their way out of this whole situation. Basically, no one is disputing the fact that they paid $500,000 to get their daughters into USC. But according to court documents from December, Lori and Mossimo’s plan is to argue that they believed the payments were “legitimate donations” to the University. Basically, they’re saying they thought they were doing normal rich person shady sh*t, not ILLEGAL rich person shady sh*t. An important distinction, truly. If that were true, I’m not sure why the whole rowing team charade would’ve been necessary in the first place, but hey, I’ve never bribed my way into college.

Olivia Jade at the beach for some “rowing practice”, probably:

More recently, more court documents showed that Lori Loughlin is also accusing the US Attorney’s Office of withholding evidence that confirms her story. According to the documents, the government had interviewed a witness that corroborated that she thought the donation was legit, but they were hiding this information to make her look guilty. Over the weekend, the case’s prosecutors fired back at this allegation in what has to be one of the best legal clapbacks ever.

In the statement, the prosecution says that the witness had not yet been interviewed at the time Lori claimed the government was withholding the evidence. They said: “The government has broad powers, but they do not include mental telepathy or time travel. The government cannot disclose witness statements before the witnesses make them.” Lmao, they really said time travel.

So far, there’s no trial date on the books, but Lori has another status hearing at the end of this month, so there could be a date set then. It’s really too early to guess what will happen once Lori and Mossimo go to trial, but if the outcomes of some other admissions scandal cases are any indication, they should be scared. Last week, Douglas Hodge was sentenced to nine months in federal prison for paying $850,000 to get two of his kids into college. That’s the longest sentence for any of the parents yet, but Lori and Mossimo could be looking at similar sentences if things don’t go their way. Should’ve taken the plea deal like Felicity!