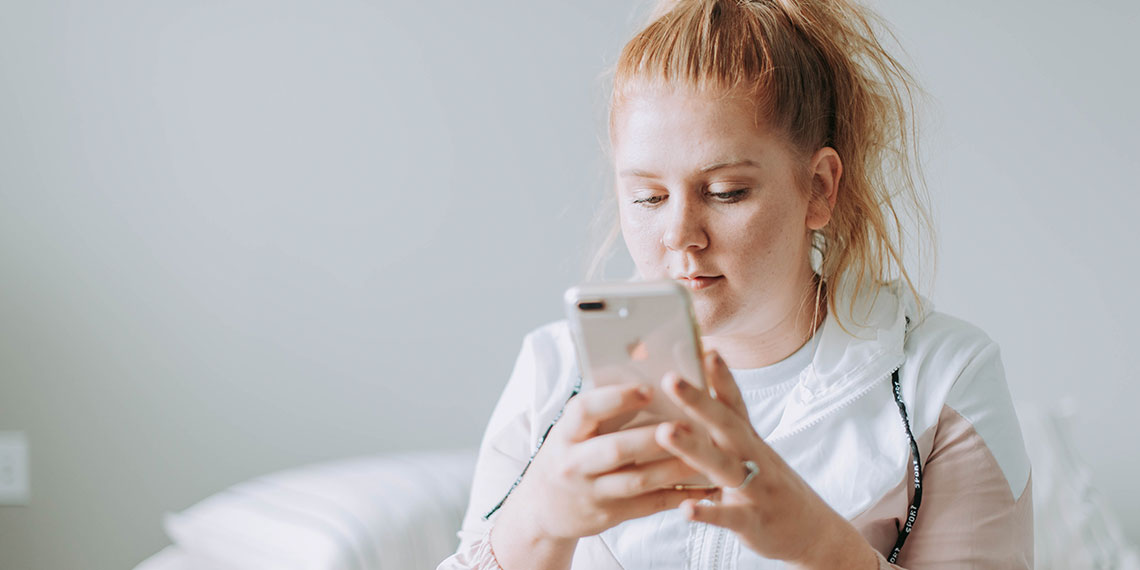 No, Zombie-ing Is Not The New Dating Trend

It’s no secret that people, especially millennials, suck at dating. I’m not a Baby Boomer, and while I can certainly acknowledge that people have always done sh*tty things to each other (I’m currently reading a book about women in the 1950s-70s who would get pregnant and abandoned by their boyfriends, so they’d get sent to a home for unwed mothers—it’s called The Girl In The Letter, in case you’re interested), I feel like the more into our technology we get, the more inventive and evasive we get with our sh*ttiness. Whereas in previous generations, you would likely run the risk of bumping into the person you went on one date with and never spoke to again, nowadays you can delete an app and fade into obscurity, relying on the relative anonymity of living in a huge city to protect you from ever having to face the consequences of your actions (and by that I mean, the person you abruptly stopped talking to).

When I spoke to Dr. Jenny Taitz, clinical psychologist and author of How To Be Single And Happy, about ghosting, she said, “I think it’s just we’re less accountable.” With online dating, “you’re not gonna have to report back to your cousin or best friend like ‘Oh, this guy I went out with never called me back.’” So even if dating apps are not making people into worse people, they can enable bad dating behavior. And we have all sorts of terms for the punk-ass maneuvers people tend to pull when they just can’t muster up the courage to be straightforward and direct: ghosting, which has firmly lodged its way into the lexicon; breadcrumbing, where you leave little hints of vague interest so you can keep someone on the back burner; cushioning, being in a relationship but keeping a few people around to cushion the fall if your relationship ends, the list goes on and on. It seems like every few months, some magazine comes forward with a new term to describe some “new” dating phenomenon. This month’s edition comes straight from Cosmo, and it’s a term that’s probably not unfamiliar to you: it’s called zombie-ing, and it’s when someone “ghosts you, and then, after some time has passed, ‘rises from the dead’ and hits you up again”.

If you’re thinking, “what?” just know I had that thought too. I actually did a double-take on the publish date of this article. Nope, September 24, 2019, just as I thought it said. And here’s the thing: I don’t disagree with zombie-ing as a concept. I have both been the zombie-er and the zombied, if we’re going to use the term. From mine and my friends’ experiences, it’s a very common tactic. I’m not here to defend the behavior, or really offer any kind of character judgment at all about it. I’m just here to pose the question: Haven’t we been here before? Is any of this new?

A May 2016 Urban Dictionary definition for “haunting” describes the practice as, “When someone tries to hit you up after ghosting you.” The practice of ignoring someone’s attempts at communication is hardly new, even if the ubiquitous term for it is relatively recent, so it stands to reason that trying to get back into contact with someone you previously cut off is not a novel behavior.

It’s not new to the media, either. You might not remember much of the spring of 2017 (it was a simpler time), but that’s when the concept of “haunting” hit the mainstream media. There were explainers and opinion pieces. In fact, Cosmo even wrote about it! Their article was titled, “Haunting’ Is the Horrific New Dating Trend That’s Even Worse Than Ghosting”. Ooo, scary! “Horrific new dating trend”—they’re making it sound like millennials are out here murdering each other for sport. When in reality, Cosmo themselves defines haunting as, “haunting is when someone from your romantic past lingers in your digital present by occasionally watching your Instagram or Snapchat story, or sporadically liking your posts.” Okay, so this is not the exact definition of “haunting” that Urban Dictionary put forth, but still, it’s the same concept: someone ghosted you, but then is still attempting to keep into contact with you. Whether that be by liking your IG posts or DMing you, or just sending you a “hey stranger” text, the end result is the same: the person who was previously ghosted is left confused, questioning WTF is going on.

Ghosting. Benching. Subwaying. Zombieing. Breadcrumbing. Orbiting. Stashing. Cushioning. They all = that other human isn’t fuckin interested in you.

“Zombie-ing” or “haunting” (the more accurate term, in my opinion) is not the first or last iteration of this concept. Remember “benching”? To stay consistent with the Urban Dictionary definition, it’s when “you start dating someone you think is nice and who has potential, but you’re not crazy about them. You don’t know whether to keep dating them, or dump them and move on to the next one. This is where benching happens; instead of going for either of the above polarized options, you put your date in your mental ‘maybe’ folder and ‘bench them’ so you date around to see what else is out there.” It’s a bit more involved of a concept, but the gist is that you’ve kind of stopped seeing someone (like ghosting, but not as harsh), who you then maintain contact with (by keeping them on the bench and not booting them from the roster altogether).

Benching is a little more recent of a phenomenon, with (you guessed it) Cosmo covering it in January 2019. They basically just expanded on the Urban Dictionary definition over the course of a few hundred words. So I turned to another millennial-speaking outlet, Elite Daily, who explained benching as, “essentially, someone doesn’t commit to you, but instead, ignores you until it’s convenient for them.” Ignores you! Interesting word choice. The article then goes on to explain why benching is even worse than ghosting. I can get behind the idea that firmly and decisively cutting off contact gives someone a way better chance at closure and moving on than popping up on their radar every so often just because you’re feeling lonely/needy/attention-seeking/whatever. But how is this really any different than any of the other so-called “new dating trends” above? You may be tweaking the exact particulars, but the effect of the behavior is still the same.

Is he ghosting you (or setting you up for zombie-ing) or is he actually busy? Here’s how to tell. https://t.co/R4xiNCjLt6 pic.twitter.com/jL2MpSv3Qg

Here’s the annoying part. Each time some outlet tries to coin a new re-brand of the same sh*tty behavior people have been doing probably since dating became a convention, it follows the same predictable pattern. Introduce the new dating trend plaguing millennials. Relate it to ghosting. Affirm that it’s terrible. Dredge up a few first-person anecdotes to make it seem relatable, like this is happening to everyone. Cue spin-off articles and think pieces (hi). The thing is, each time an outlet does this, it makes it seem like they are introducing a totally new behavior that’s never been done before. They position it like, “ahhh, dating is so terrible because millennials are thinking up all these crazy new ways to treat everyone poorly!” In the zombie-ing article, Gabi Conti writes, “Donna Sozio, author of

So can we stop doing this? The making up terms. The panic and outrage. The implicit assertion that millennials are ruining dating. It’s neither accurate nor useful. At the end of the day, as Dr. Taitz said, these behaviors boil down to one question: “what kind of person do I want to be in this world, and am I willing to feel a little uncomfortable to be more considerate?” Instead of ascribing every avoidance tactic with a new undead-related name, the emphasis should be on 1) figuring out what the f*ck you want in a relationship, 2) not accepting anything that isn’t what you want, including and especially wishy-washy behavior, and 3) recognizing when you yourself exhibit those wishy-washy behaviors and nip that sh*t in the bud. Yeah, it’s a lot less cute and catchy, but I think it will get us further (read: closer to healthy, fulfilling, committed relationships) in the long run.