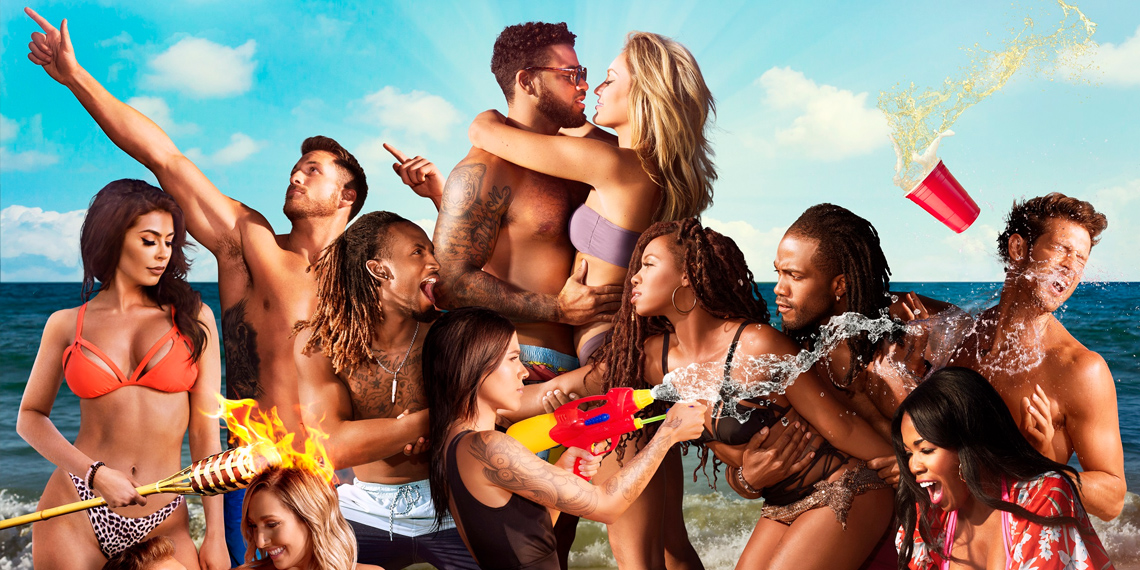 Our Favorite ‘Bachelor’ & ‘VPR’ Rejects Are Getting Their Own Show

In case you haven’t been giving MTV the credit they’ve been due, know that while we’ve been out here getting our kicks by stalking the men from The Bachelorette, MTV has been doing the lord’s work by reuniting reality TV’s greatest shit shows for our viewing pleasure. Bless you. That’s right, from the people who gave us Jersey Shore and Are You The One? we now have: Ex on the Beach, and it’s about to be the most lit thing on television this spring.

We don’t much about the show, except that it’s going to bring together some of our favorite human trash bags from shows like The Bachelor/Bachelorette/Bachelor in Paradise, Are You the One?, AND Vanderpump Rules for a “social experiment”, as in how-far-can-you-trace-a-single-strand-of-an-STD-in-one-sample-group kind of social experiment.

The premise behind the show is as such: MTV will bring the former reality stars (I’m using the term “stars” here loosely) along with a few other “non-quasi-celeb singles” to Hawaii for what they think is just a regular reality dating show. After what, I can only assume, will be a night of MTV producers slipping roofies into every drink they can find and encouraging these emotionally stunted circus animals to “follow their hearts”, they’ll bring in… wait for it… THEIR EXES. Can you imagine?? Just as one of these losers starts to think that they’ve found somebody to poke a hole in their condom with, MTV throws a literal grenade (and I do mean grenade—I’ve seen the people these shit shows have dated) into their plans. I’m giddy with joy at the prospect.

Entertainment Weekly released the cast list earlier this week, and it is spectacular.  So let’s take a second to analyze all of the people who are willing to dishonor their families for the fifth time.

The ‘Ex On The Beach’ Stars

The ‘Ex On The Beach’ Randos

Now, on to analyzing this cast list. First of all, Chase, you are way too fucking good for this shit. Who convinced you that any show with an AYTO cast member would actually help your career? Seriously, who did this to you? Like, is he still salty about not being asked to Paradise?  Because, Chase, this is no way to get Chris Harrison’s attention!

Tbh Jasmine fits right in with this bunch, I’m only surprised that she didn’t show up on one of these shows sooner. She is the same girl that introduced “light choking” to a Bachelor rose ceremony, so I knew her future would be bright.

Also, Cory, why am I seeing your name here? Was it not enough to spread your seed to Kailah, Aneesa, Alicia, Cheyenne, and the many more I can’t remember? Can penises get tired? Because yours certainly should be. Why don’t you take a pass on this one and take care of that illegitimate child of yours, mmkay?

It looks like the usual AYTO suspects will also all be present, though why MTV decided to forgo reaching out to Prosper and Asaf (lol remember when he thought black was an eye color??) is beyond me. MTV, you can’t deny star power like that!

Oh, and the best part? Ex on the Beach will be hosted by a one Romeo Miller, aka Lil’ Romeo. Yes, that’s right. Lil’ Romeo is still alive, going by his given name, and hosting this dumpster fire of a reality show. Between him hosting Ex on the Beach and Ludacris hosting the Fear Factor revival, MTV has really cornered the market on has-been rappers of our youth. Blessings.

The release day for what could either be the most glorious display of drama and drunken antics to ever grace our TV screens or the actual apocalypse is Thursday, April 19th at 9pm ET, so set your fucking calendars now, because shit is about to go down.