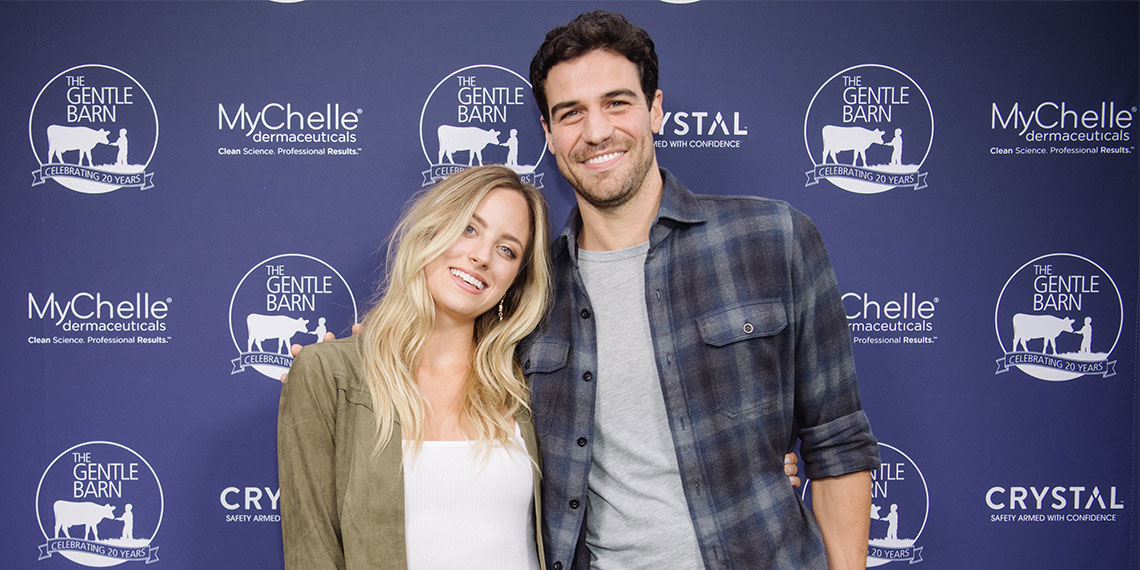 Moment Of Silence, Because Kendall And Joe Broke Up

It’s a sad day in Bachelor Nation, as Bachelor In Paradise alums Kendall Long and Joe Amabile announced their breakup. Excuse me for a moment while I go collect myself. On a scale of one to Bachelor-couples-we-actually-care-about, I’ve gotta say, this is up there. As a quick refresher, Joe appeared first on Becca’s season of The Bachelorette, where he got famous as Grocery Store Joe, despite being sent home on night one, because he was so cute and pure. Kendall made it to the final three of Arie’s season, but honestly, she probably dodged a bullet there. Just think, she could be married with a baby and flipping houses in Phoenix right now!

Kendall and Joe met on season 5 of Bachelor in Paradise, and they kind of seemed like they were meant to be from the beginning. Kendall got cold feet about how fast their relationship was moving, and Joe left Paradise, but they got back together shortly after when she visited him in Chicago. Kendall is from LA, and Joe moved there when he went on Dancing With The Stars in the fall of 2018. That feels like it was 200 years ago, but I also literally don’t know what day it is right now.

Things seemed to be going well, but Kendall and Joe surprised everyone by announcing their split on Wednesday. In a joint statement to Bachelor Nation, they gave us some insight on why they’re splitting: “We have decided mutually to go our separate ways. Joe has made the decision to move back to Chicago while Kendall will be remaining in her hometown of Los Angeles. Our family and friends have always been an extremely important element to who we are as people. We can’t imagine continuing our lives without them closer, especially when thinking of starting a family of our own one day. We both respect each others’ decision and still have a great deal of love for each other. We appreciate all the love and support everyone has given us throughout our relationship.”

So basically, Joe wants to be closer to home in Chicago, and Kendall isn’t down to leave LA. Tale as old as time. It’s a logistical issue that’s led to countless breakups, so it kind of makes sense, even though I am incredibly bummed. I hope that’s really what happened here, because I hate to think that anything messy could’ve happened with this couple. They were posting happy pictures with each other as recently as a few weeks ago, so I don’t think we’ll be getting any Jordan and Jenna level drama here, thank god.

Really, the biggest question here is whether Joe and/or Kendall will return to Bachelor in Paradise this summer, because I could see either of them thriving if they came back. Like, no pressure or anything, but I would love to get some more shirtless Grocery Store Joe footage on my TV. ABC producers, please take note. But while this breakup is definitely sad news, I would also like to make it expressly clear to Joe that my DMs are wiiiiiiide open. Just saying!

For more, subscribe to our NEW Betchelor Breakdown newsletter