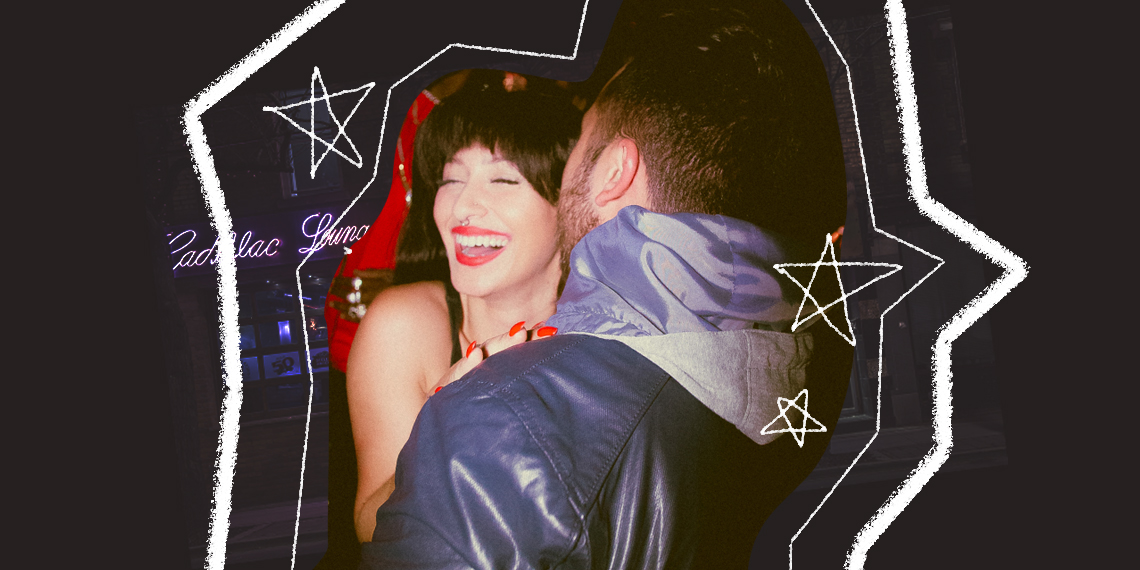 Talk that talk, betch. Assertive Mars, planet of aggression, energy, and physical expression, enters mischievous Gemini on Sunday, March 31. BTW, just so you know, this transit will definitely change up the vibes (especially in the bedroom), so make sure you take the dirty talk up a notch. Whichever zodiac sign Mars touches ultimately determines the way we assert ourselves, both physically and sexually. Mars is impulsive, hot-headed, and a slave to its animalistic desires, so you can already imagine what happens when it touches an air sign like Gemini, who thrives off mental stimulation. If your guess is having options to choose from, then you’re half right, betch. Truth is, Mars in Gemini is extremely restless and fickle, so variety is always an option. Although, don’t get it twisted. If you just so happen to be in a serious relationship, don’t use Mars in Gemini as an excuse to cheat. Instead, use its contagious wit as a source of inspiration… like role play, maybe? Sounds f*cking corny, I’m sure, but there’s nothing Gemini loves more than a little mischief, so go play.

In the meantime, here’s what Mars in Gemini means for your sex life, as per your zodiac sign:

How bad do you want it, betch? With red-hot Mars sizzling through your third house of communication and transportation, you’ll likely be as vocal as ever. Plus, despite your natural impulsiveness and love for quickies, you’ll be carrying your libido around like a GPS… almost like that old school R&B song by 112. Sexting is also a must-have during this time.

So… we all know you’re an undercover gold digger and all, but with red-hot Mars lighting up your second house of values, pleasure, and spending habits, you’ll know exactly what you’re in the mood for, and you’ll have no problem communicating it, either. Who knows, some of you might even splurge on a new swanky sex toy. Carpe diem, betch.

With assertive Mars traveling through your sign, you’ll be as dynamic as ever, but your flirting game will be on point. Although, let’s be honest, when is it not? Your bark might be a little bigger than your bite, but who are we kidding? You love foreplay more than the real thing anyway. Ha! Marilyn Monroe would be a Gemini.

In your dreams, betch. I’m being serious though… with Mars moving through your 12th house of secrets, dreams, and all things behind-the-scenes, your sex dreams will likely be over-the-top. I mean… whoever said a woman can’t orgasm in her sleep obviously never experienced Mars in Gemini. On another note, some of you might even start secretly hooking up with someone.

With hot-headed Mars igniting your 11th house of groups, tribe, and extended community, you’ll need as much freedom as you can get. Although, you won’t be able to resist the temptation of having a friend with benefits, so make sure you have the no-strings-attached convo beforehand. In the meantime, however, make sure you calm your she-wolf. Your turn-ons will get weirder by the day. Simmer down, betch.

You’re the boss, betch. Despite your mysterious demeanor and oh-so-posh nature, the whole world knows you love being in control… so why not just own it? With passionate Mars burning through your 10th house of career, public persona, and authority, you’ll have all the confidence in the world, so make sure you show everyone who their real daddy is.

The planet of sex is activating your adventure zone and your ninth house of travel, so the more sporadic, the better. In fact, for those of you traveling during this time, you might run into some eye-candy at the TSA Pre-Check line, so look the part. Don’t worry, you could turn this into a juicy voice note for your group chat later. Dare to go where no one’s gone before, betch?

Oh, behave, betch! With red-hot Mars igniting your eighth house of rulership, you will literally be pulsating with desire. You will be on the verge of an Austin Powers moment. Although, you could also be craving attention from someone totally alluring, or perhaps a person whose eye-f*cking game is on point AF. Bottom line is, you’ll be on the hunt for some instant panty droppers.

The red planet is making its way through your seventh house of partnerships and one-on-one relationships, which means you’ll have no trouble getting what (and who) you want. Although, make sure you don’t overdo it, given that Jupiter is in the midst of making everything in your life a whole lot bigger. In other words, you might overindulge and decide to elope, and well, nobody’s got time for that, so get it together, betch.

Work it out, betch. Mars is heating up your sixth house of health and day-to-day environment, aka you’ll have all the energy in the world, and stamina to put in the work. This, of course, means you’ll be craving some physical action, in and outside the bedroom. It all depends on how you like to blow off steam. Hey, to each their own. In the meantime, however, do you prefer a.m. or p.m.?

There’s a big difference between being mentally stimulating vs. being a total mind f*ck, but with fiery Mars moving through your flirtatious fifth house of one-night stands and teenage fever, you’ll feel as though the cosmic gods gifted you with permission to hoe out—and well, when in Rome, do as the Romans do, right? Play nice, betch.

Your instincts will be on fire, betch. Granted, I know this is supposed to be about sex, but you’re going to be moody AF during this Mars in Gemini transit. Although, given that the red planet will be activating your fourth house of intuition and soul foundation, you’ll probably get zapped with a burst of energy every time you’re triggered, whether it be emotionally or sexually. Long story short, this is borderline witchcraft.