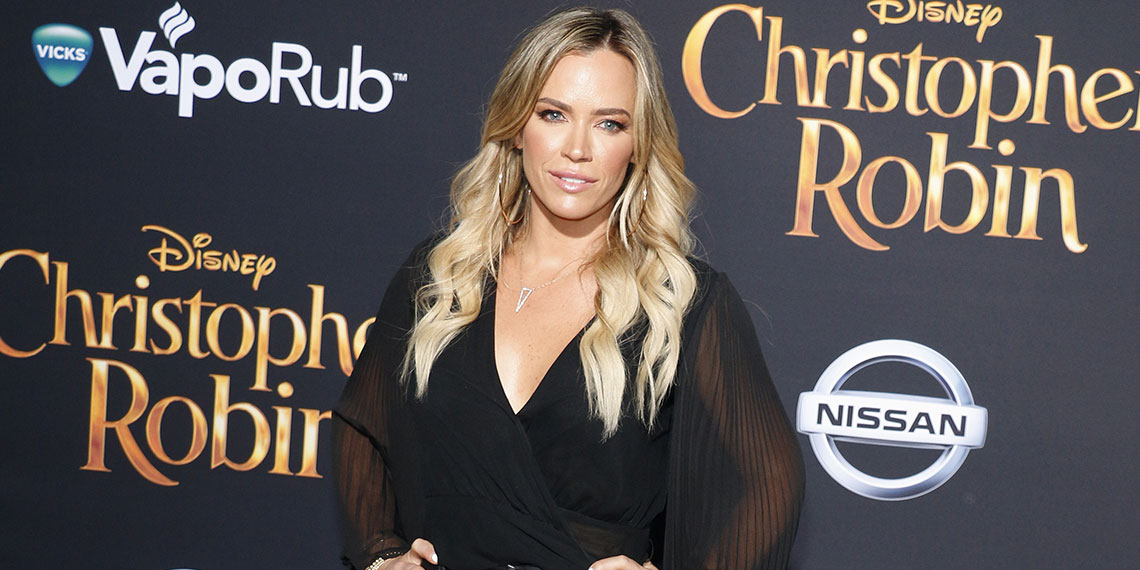 ‘Lifestyles’ Of The Rich & Famous: The Problem With All In & F-Factor

I’ve lost count of the number of people I know who are glued to the recent revelations about Tanya Zuckerbrot’s F-Factor diet and Teddi Mellencamp’s All In program. As someone who considers herself in the midst of recovery from a lifetime of disordered eating (which you can hear me discuss on the Diet Starts Tomorrow podcast), learning the inner workings of these businesses has been appalling and full of triggering details.

For anyone who hasn’t been following along with the latest in the diet industry, this all began when @deuxmoi, and later fashion and lifestyle influencer Emily Gellis, started posting DMs that followers had submitted about their experiences with the F-Factor diet. These included rashes, hives, and gastrointestinal issues that they attributed to the 20/20 powder products, as well as personal experiences with disordered eating that they claim resulted from the diet. A few weeks later, individuals started submitting stories to Emily about the All In by Teddi Mellencamp program, claiming that the program consisted of extremely restrictive meal plans (estimated to be under 700 calories each day). They also revealed a grueling 60-minute daily cardio requirement and shared aggressive text messages they received from uncertified coaches threatening to drop them from the program (without a refund) for forgetting to send photo evidence of their meals, workouts, and daily weigh-ins.

There’s one lesson I’ve learned from all of this, aside from realizing how normalized these dangerous dieting behaviors are. And surprisingly, I’ve learned it from the defenders of these programs in various Instagram comments sections (the most in-depth reading I’ve done in weeks). The most common defense I’ve seen is “if you don’t like it, just don’t do it!” Leave Tanya alone!!

While I don’t actually agree in this particular context, I get their message and consider myself warned for the future. It’s our choice to follow individuals on social media and endure the risks inherent in buying what they’re selling. By now we should all have learned: you can’t buy a “lifestyle” from someone whose life you don’t live—no matter how hard someone on the internet or even our beloved Bravo network tries to sell it to you.

Aside from the casual glorification of starvation (when logged into a calorie tracker, meal plans on both programs often amount to a daily caloric intake of 1,000 calories or less), the most striking commonality between the diets is the implicit message of their marketing: follow the plan I’m selling, and you will be a success, just like me. This is hardly new to advertising, and especially not to advertising diets. Another is that both diets are branded as lifestyles, which conveniently solves for the recent cultural shift that it’s no longer trendy or completely socially acceptable to push a diet plan. (See, for example, Weight Watchers’ 2019 rebrand to to WW, standing for Wellness that Works—but even before that, their coaches would insist in meetings that WW was not a diet, but rather, a lifestyle change. Diets fail. Lifestyles are sustainable). People generally know by now that crash diets don’t work, and if F-Factor and All In were to publicly market a diet plan of eating mainly crackers or soup, I’d like to think no one in their right mind would pay the astronomical prices these programs cost (upwards of $10,000 for a package with F Factor, $599 for the two-week jumpstart program with All In).

So how do they convince customers to pay thousands of dollars to roll the dice on potentially giving themselves a lifelong eating disorder? By telling them that they’re actually paying for a sustainable lifelong “lifestyle”, of course. The mission statement for All In reads, “To provide our clients a pathway to self-accountability through personal one-on-one support, guidance and tools that inspire a complete—and lasting—lifestyle shift toward health, fitness and achieving one’s best self.” In the “What is F-Factor” section of the website, it reads, “The F-Factor Diet will inspire you to discover new foods and adopt new habits that will become part of your new and improved lifestyle.” (Emphasis mine.) In other words: We can look and live like the founders if we do what they do and stick to these programs, which conveniently funnel thousands of dollars into their pockets!

But it’s simply not possible, because no matter how many new ways the diet industry tries to package this message, the diet someone eats is actually not their lifestyle. For example, Teddi Mellencamp’s actual lifestyle has to be at least bolstered by her father’s fame and $25 million net worth (even if not directly, the name recognition had to have contributed to her landing a spot on RHOBH). The product that her company All In is selling as her “lifestyle” is actually just a plan to eat soup for dinner and the promise of abrasive texts from a self-identified coach with no certification. And the sickness you feel from doing an hour of cardio on less than 1,000 calories will ideally be mitigated by the dream that you might one day look more like the most boring Real Housewife.

Eating one cup of soup every night will never buy you a $22 million apartment or birth you three adorable children to spend Thanksgiving with in St. Tropez, so that you can pose for an Instagram photo that you will predictably caption “so grateful.” If anything, eating only one cup of soup every night will make it so impossible for you to function that you’ll be unable to perform at your job that pays for the lifestyle you actually live.

Another, more literal way they get customers on board? Shrouding the realities of the plans in secrecy, relying on legal documents such as NDAs and cease and desist letters to silence naysayers. According to messages shared to @deuxmoi and Emily Gellis’s IG stories, All In requires prospective clients to sign NDAs before joining the program and being informed of the diet plan (i.e., they are agreeing to pay for the plan without being fully aware of the exact details of what the plan is). F-Factor was known and admitted to deleting negative reviews on its site and comments on social media, and Zuckerbrot has also sent cease-and-desist letters to people she says “slandered” the company on social media. It doesn’t really seem to fit in thematically with the whole community of women lifting each other up as promised by these “lifestyles”, does it? And they’re certainly not the type of documents typically required by most registered dietitians, nutritionists, therapists, or even coaches like life coaches or executive coaches. In fact, professionals like RDs or therapists are bound by some sort of privilege to protect the client’s sensitive info—not the other way around. Most people don’t have lawyers on retainer to review these things and typically have no idea what they’re signing, why they’re relevant, or what the implications are. They just want to lose three pounds! So they sign the documents.

The sad truth is that there are people who have no qualms about profiting from people’s pain, even if indirectly or well-intentioned in their own minds. Do I believe that anyone sets out to give people eating disorders? No, even if solely for the selfish reason that doing so would cause serious harm to their reputation. I believe these women genuinely believe in what they’re selling. Their issue is that the rest of the world has shifted around them and they aren’t yet able to look in the mirror (the figurative one; I’m sure they’re good with the literal one) and see that what they’ve been selling has caused pain, even if not to every single customer. It’s yet another classic case of: it’s not the intent, it’s the impact. If you’re going to take up the mantle of glorifying your own lifestyle such that you’re literally profiting from it, the flip side of that is apologizing and taking accountability when that lifestyle has had consequences.

When so many of Tanya Zuckerbrot’s defenders insist that Emily Gellis and anyone who disagrees with the F-Factor diet is just “jealous of Tanya’s perfect life”, it immediately conjures for me the final scene of The Devil Wears Prada, where my personal queen Meryl Streep so assuredly tells Anne Hathaway that “everyone wants this, everyone wants to be us” right before Anne exits the car. This is the essential premise behind the marketing messages of F-Factor and All In: do this diet and you will live the same amazing life as the founder, which is the life we are sure you want, because everybody does. It may have taken literally decades, but just like Miranda Priestly’s vicious and abusive management style was shown the door in 2020, so many women are finally walking out on this outdated mindset that has trapped us in a world of obsession and inadequacy.

At the same time, we can’t sit around waiting for it. It’s up to us to draw the line. Stop following people who want you to believe you can be like them if you buy something, or when you change yourself in some way. Especially if they tell you to change in a way that puts money in their pocket. Fool us for decades, shame on the diet industry. Fool us after all this has gone down and we’ve been shown the light, we have some serious unfollowing to do.