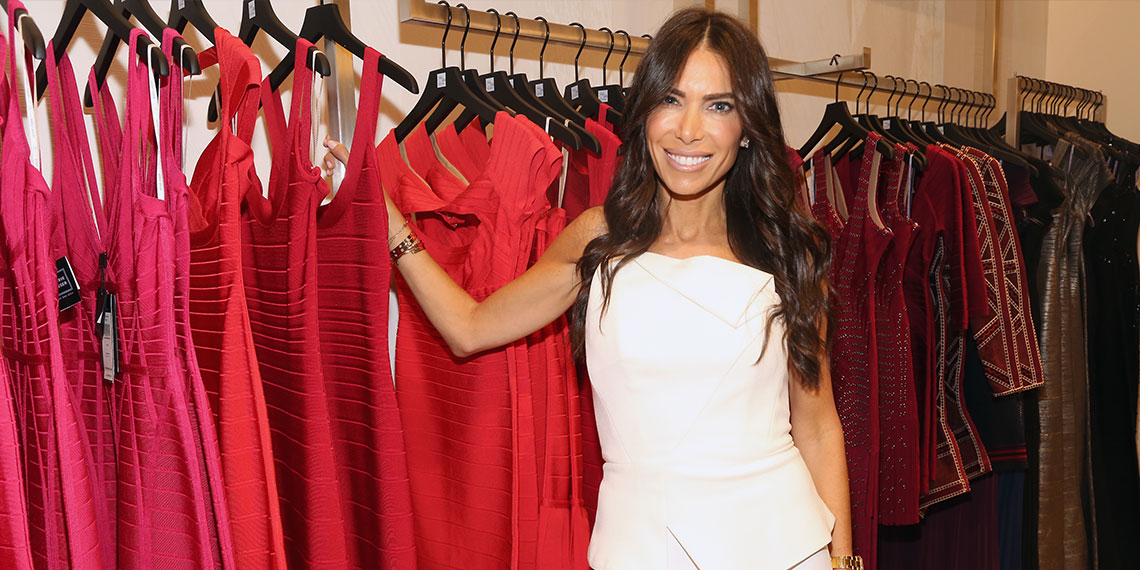 Even if you are not tuned into the diet industry and its happenings (for which you are 100% better off), you may have heard about the problems with F-Factor, the high-fiber, high-protein diet started by Tanya Zuckerbrot and followed by the likes of Katie Couric and Olivia Culpo. To sum up the issues briefly, a little over two weeks ago (over the course of which I aged at least two years), the NY Times published a story detailing the efforts of influencer Emily Gellis to expose allegedly harmful practices and products of the F-Factor diet and its founder, Tanya Zuckerbrot. Gellis began posting anonymous accounts, and later on-the-record accounts, on her Instagram story of people claiming they had either gone on the diet, consumed the F-Factor products (including high-fiber, high-protein powders and bars), or both, and suffered distressing side effects. These reactions ran the gamut from rashes to lactose insensitivity to G.I. issues and more. That was just one problem; the issue was threefold.

The second complaint was that the F-Factor program itself was nothing short of an eating disorder, with Instagram users describing the diet as a highly restrictive one in which even fruits like bananas were frowned upon, if not outright banned, due to their carb content. (Because we all know someone who’s gained weight from eating too many bananas.) Former F-Factor clients said the program exacerbated or caused disordered eating habits—and that’s only prong two. Prong three is that the reason this information took so long to come out was because of allegations that Zuckerbrot would use various tactics including sending cease and desists to silence detractors, as well as deleting negative comments on Instagram. And now, a new article in Business Insider detailing alleged incidents of shaming and food-policing of former employees at the F-Factor workplace rounds out this picture.

Or, if you didn’t follow any of that: the F-Factor products are causing harm, the diet itself is problematic, and F-Factor is a toxic place to work, allegedly.

Zuckerbrot, for her part, has categorically denied that her products are harmful, eventually releasing a Certificate of Analysis for F-Factor’s chocolate protein powder. She has also refuted any claims that the diet promotes disordered eating and is rejecting allegations that F-Factor was a hostile work environment.

Zuckerbrot told Business Insider in an interview that the bad press about her is “shocking” and “horrible”, saying, “If you Google my name, up until the past three months, you’ve never read of any complaints or negative comments”. The comment is reminiscent of her persistent claims that of the 170,000-something purchases of F-Factor products, the company only received about 50 complaints. So what’s with these complaints, that as Zuckerbrot puts it, are only mysteriously appearing “10 years later while a smear campaign about is occurring”?

Indeed, according to Jessica Rossman, F-Factor’s Sr. Associate Brand Manager, “people are just trying to take her down.” She says the recent slew of bad press is “absolutely disgraceful,” adding, “these allegations are wild.” While Zuckerbrot feels she’s being personally victimized (I paraphrase), multiple former F-Factor employees told Business Insider that they were actually victims of food shaming and inappropriate behavior at work. They said they feared retaliation or retribution from Zuckerbrot for going public with their claims about the work environment at F-Factor. Zuckerbrot has hired Michael Cohen’s attorney Lanny Davis to correspond with reporters covering the F-Factor allegations, and she’s sent cease-and-desist letters to at least six associates and former employees who decided to speak out publicly against her and the company. She told Insider that the allegations against her are “all either false or misleading”.

So let’s go through some of these allegations.

Sarah (not her real name), a dietician who used to work at F-Factor, told Insider that she was met with judgmental comments from Zuckerbrot within minutes of eating her first homemade lunch on her first day on the job. The lunch was whole-wheat pasta and turkey meatballs. She claims Zuckerbrot said to her, “I can’t believe you’re eating pasta. We never do that.” Another employee who witnessed the incident corroborated her account. Zuckerbrot said, “Healthy eating was encouraged, but not policed” in the office, clarifying that when clients would come in, out of respect for them, staff would be encouraged to put unhealthy foods out of sight.

Even though Zuckerbrot claims that you can eat whatever you want on F-Factor, telling Betches co-founder Aleen Kuperman on a January 2019 episode of the Diet Starts Tomorrow podcast, “I get to eat mac ‘n cheese. I get to have jalapeño cheddar biscuits. F-Factor gives you carbs,” claims of both followers of the diet and former employees paint a different story. For one, there are the claims that even fruit is demonized on the diet, leading Zuckerbrot to go on IG Live earlier this week to make a smoothie using half a banana, remarking that half a banana has the same amount of carbs as a slice of white bread. Similarly, former employees claim the “you can eat carbs” attitude F-Factor and Zuckerbrot proudly tout did not extend to the office. In one alleged incident, cupcakes that were brought into the office for someone’s birthday were packaged up before anyone could eat them, with Zuckerbrot instructing the person whose birthday it was to take them home. A former intern also told Insider about a team holiday dinner at a restaurant that served popovers, recounting how the team were sneaking them under the table because they didn’t want Tanya to catch them eating the popovers. Zuckerbrot said the cupcake allegation was “false” and also told Insider that she “enjoys popovers and eats them from time to time,” adding that she “feels badly that someone felt uncomfortable eating popovers in front of her.”

There are other examples like this—one where the dietician claimed the team went out to lunch at Bloomingdale’s, and a secretary tried to order frozen yogurt (frozen yogurt!) but took it back upon receiving a pointed glare from Zuckerbrot. Zuckerbrot’s rep claims she “never would have done this,” though, since she loves froyo, “particularly the chocolate flavor ‘Forty Carrots’ from Bloomies.” You get the gist: all these very specific and detailed allegations are completely false, and in fact, Tanya would never discourage anyone from eating because Tanya loves !

In response to growing calls for an apology or acknowledgement of any kind, for either the disordered eating practices or the products or both, F-Factor announced on their Instagram that they have dedicated a new page on their website where they “correct the record and provide factual support to the most common questions receive”. The webpage is appropriately located at the URL ffactor.com/facts. On the page, F-Factor maintains that out of 174,000+ orders over the past 2 years, they have only received 50 health-related complaints. They insist that F-Factor products are safe, “manufactured in the United States, are NON-GMO, and use only natural ingredients”, and repeat Zuckerbrot’s earlier claims that the products contain trace metals only because they are natural. There is also a link to the Certificate of Analysis for the chocolate, vanilla, and unflavored protein powders, with certain information redacted.

Additionally, there is a section dedicated to dispelling the claim that F-Factor encourages “unhealthy weight loss and even possibly eating disorders”, quoting portions of the book, including one part that states participants on Step 2 (of 3) can choose how many carbs they want to eat. There’s also a part that encourages followers to eat vegetables (though above the quoted passage, the site specifies that means “non-starchy vegetables”, which can be eaten in unlimited quantities at any stage of the plan).

Instagram users still aren’t satisfied, and many are clamoring for an apology. One commenter wrote under @f_factor’s newest post, “You know what’s so crazy about all of this? The fact that as a company you can’t just say hey, we’re sorry if our products have caused you any harm.” Another Instagram commenter asked, “Why haven’t you issued an apology yet?”

Instead of apologizing, Zuckerbrot went live on Instagram on Wednesday to express her shock and dismay that people are accusing F-Factor of promoting disordered eating. She also urged users not to trust nutrition or diet advice they see on Instagram—even her advice.

This article has been updated to correctly reflect Rossman’s title at F-Factor.