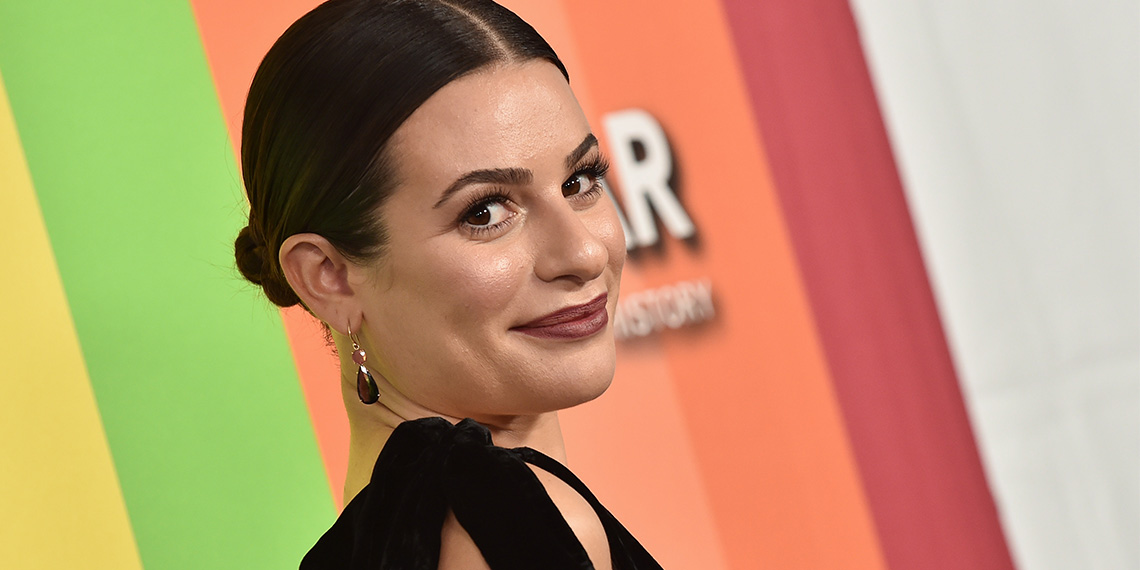 With everything going on in the world right now, it feels like a weird time to focus on whatever celebrities are doing. The Forbes takedown of Kylie Jenner only happened last Friday, but it feels like it was six months ago. But even amidst all the turmoil, there are still some noteworthy things happening in the celeb world. We’ve seen many stars using their massive platforms to spread valuable information, and even joining the protests, but not all of the celebs are doing amazing right now. Case in point: Lea Michele, whose attempt to join the Black Lives Matter conversation led to a dragging that she definitely didn’t see coming.

On Friday, Lea Michele tweeted in support of the Justice for George Floyd movement, saying that his murder was not an isolated incident. While a tweet is a pretty low bar for getting involved here, there was nothing wrong with what Lea said, though some responded that a public financial contribution would mean a lot more.

But on Monday, things went left when Samantha Ware, who had a recurring role on the sixth season of Glee, entered the chat. She quoted Lea’s tweet in all caps, saying that Lea made her first TV job “a living hell.” Ware specifically recalled that Lea told everyone she would sh*t in Ware’s wig. According to Ware, this was just one of many “traumatic microaggressions that made me question a career in Hollywood.”

LMAO REMEMBER WHEN YOU MADE MY FIRST TELEVISON GIG A LIVING HELL?!?! CAUSE ILL NEVER FORGET. I BELIEVE YOU TOLD EVERYONE THAT IF TOU HAD THE OPPORTUNITY YOU WOULD “SHIT IN MY WIG!” AMONGST OTHER TRAUMATIC MICROAGRESSIONS THAT MADE ME QUESTION A CAREER IN HOLLYWOOD… https://t.co/RkcaMBmtDA

I mean, DAMN. Lea Michele’s whole persona has always been kind of diva-ish, but this kind of behavior toward a costar is next level f*cked up. Aside from the general nastiness, making a comment like that about a black woman’s hair is inherently racist. While Ware referenced Michele’s micro-aggressions, many responded that this just sounds like aggression-aggression.

Samantha Ware’s tweet was pretty damning on its own, and it didn’t take long before many of Lea Michele’s other black cast mates started showing up to voice their support for Ware. Yvette Nicole Brown, who worked with Lea Michele on The Mayor, responded to Ware, saying “I felt every one of those capital letters.” Alex Newell, who starred in the later seasons of Glee, added that they “felt like claps.”

I felt every one of those capital letters. ✊🏾

Alex Newell also tweeted several GIFs in response to Ware’s tweets—my personal favorite is this one:

And the reactions kept rolling in. Many people were eager to hear from the other original cast members on Glee, and while not all of them have chosen to get involved, we got some epic shade from Amber Riley. Amber played Mercedes on the show, and her and Lea Michele’s character were constantly at odds. Looks like that tension may have extended off-screen, judging by Amber’s GIF of herself sipping tea.

While Amber Riley didn’t share any specific stories, or technically even comment on the situation, we all know what a sipping tea gif means when we see it. Additionally, OG cast member Kevin McHale seemed to confirm Ware’s story. He had previously responded “false” to another tweet about costar Chord Overstreet being a Republican, and when asked to clarify whether he meant the Lea Michele accusations were false, or just the Chord Overstreet thing, he said:

Along with Lea Michele’s costars, many other people started sharing their negative experiences working with or meeting her. One woman who said she was an extra on Glee‘s first season shared a whole list of despicable behaviors, ranging from wasting everyone’s time with a tantrum, to calling the extras “cockroaches,” a term with a history of racist use.

Things I witnessed as background on one season of Glee:
1. Lea calling background cockroaches
2. Lea telling multiple crew members how to do their job
3. Lea having a tantrum over something and holding up filming for at least an extra hour.

After Samantha Ware’s initial tweet on Monday, the negative stories about Lea Michele gained momentum on Tuesday, and it was clear this wasn’t just going away. On Tuesday, HelloFresh tweeted that they were “disappointed to learn of the recent claims,” and ended their partnership with Lea Michele.

HelloFresh does not condone racism nor discrimination of any kind. We are disheartened and disappointed to learn of the recent claims concerning Lea Michele. We take this very seriously, and have ended our partnership with Lea Michele, effective immediately.

With all the noise surrounding this story, it seemed like Lea had to say something eventually, and she posted a Notes App statement (my favorite kind) to her Instagram early Wednesday morning. Before diving in, big spoiler: it’s weak AF.

First of all, not once does she apologize directly to anyone by name. Maybe she sent some private messages in addition to this one, but at the very least, she should’ve addressed Samantha Ware by name. Instead, she says that she doesn’t remember “ever making this specific statement,” and that she’s “never judged others by their background or color of their skin.” Rather than pretending that none of this ever happened, why not confront your past mistakes directly? It’s uncomfortable, but important.

Two different times in her post, Lea talks about how her behavior was “perceived” by those around her. This, my friends, is a total red flag in apology language. Lea posits that her “privileged position and perspective” may have caused her to be “perceived as insensitive or inappropriate at times,” but I call bullsh*t. She wasn’t “perceived” as insensitive, she WAS insensitive. Telling a black woman’s coworkers that you want to “sh*t in her wig” isn’t a matter of perception, and even suggesting that makes it clear that Lea Michele isn’t really ready to confront her own issues.

Lea talks about how she’s about to become a mother, and she wants to do better to be a role model for her child, which is great, sure. She says that she “listened to these criticisms” and is “learning,” but the very nature of her “apology” makes it seem like she hasn’t learned much yet. Will all of this lead to some major cancelation of Lea Michele? Maybe, but it’s not like her career is booming at this point anyway. More than anything, I hope she is able to look deeper and replace bullsh*t apologies and ~learning~ with actual, meaningful growth. If we can gain anything positive from this f*cked up time, it’s that we should all be putting in the work to be better allies, and Lea Michele clearly has plenty of work to do. She could start by accepting responsibility.