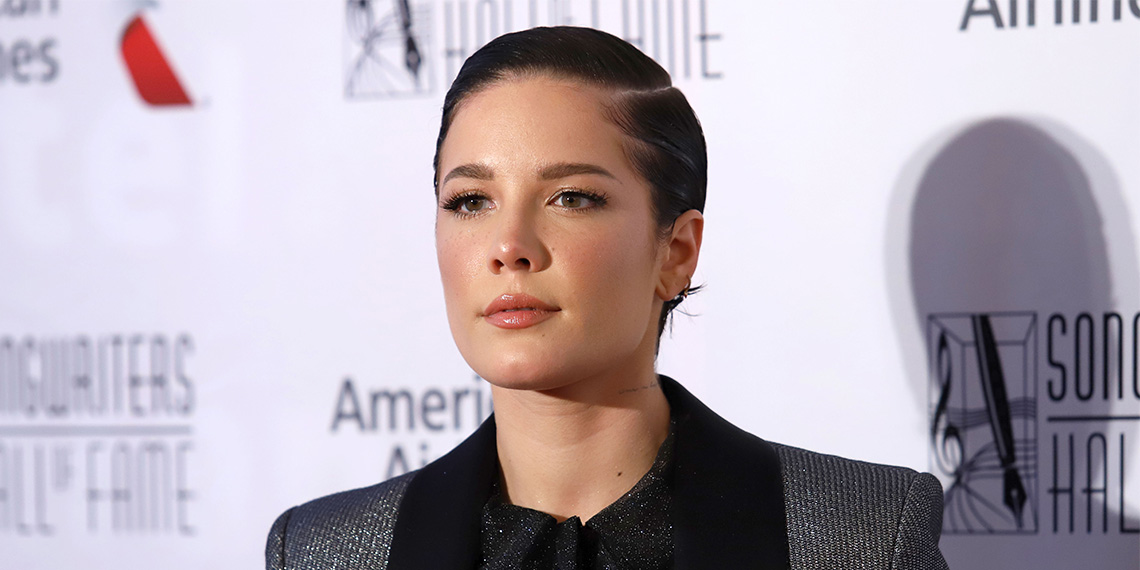 Everyone Should Read Halsey’s Protest Tweets

We’ve reached the point where it’s basically a requirement that everyone acknowledges the current protests against police brutality on social media, and unsurprisingly, some are doing it better than others. While some Real Housewives (and a lot of people in Seth Rogen’s comment section) are clinging to their All Lives Matter bullsh*t, more and more people are interrupting the aesthetic of their grid to get mad about what is, and has for decades been, happening to black people in our country.

This goes for celebrities too. We’ve seen many sharing amazing, educational posts, and even joining the protests themselves. Halsey has definitely been one of the best celeb follows on Twitter recently, sharing personal protest stories, important safety information, and general thoughts about this current situation, and the larger issues that caused it, that everyone should read. Halsey has always spoken out about the issues and microaggressions she has faced as a biracial woman, while also acknowledging her privilege as a white-passing woman of color.

Whenever protests like this get a lot of attention, there are inevitably those who are critical of the methods used. It’s easy to suggest a peaceful protest when you’ve never actually had to protest for your own rights, and when you are not being antagonized by people who are not part of the peaceful protest. But if you’re a true ally, you know that it’s not your place to question or critique the response to pain you cannot understand.

if you are not black, you couldn’t possibly understand the grief, fear and anger of black people right now. don’t condem folks expressing their outrage. don’t tweet “what you would do” if it were you. because it’s not you. it never has been you. you don’t know. #BlackLivesMatter

it’s not black peoples’ job to educate you on how to not be a fucking racist. be a fucking grown up and a decent human being and let people focus their energy on their community not on babying you. holy fuck.

It’s fine to have questions. It’s great to want to educate yourself. But right now isn’t the time to burden your black friend or coworker with the responsibility of explaining things to you. Read a book. Watch a documentary. Have conversations with allies in your life who have already done this work. There are many other ways to educate yourself.

Like many others, Halsey went out to protest this weekend in Los Angeles. But unfortunately things didn’t remain peaceful at these protests, and Halsey documented firsthand the unprovoked aggressive behavior of police officers toward protestors. On Saturday, after leaving the protest, she tweeted that she was not arrested, but had left because police were making arrests, and she was with people whose immigration status would be at risk if they were arrested.

I WAS NOT ARRESTED.

Im safe. There were ppl I had to get to safety as many of them have VISAs. Myself + many of my peers were shot, gassed + antagonized. The frontline was calm + did not provoke
BUT MANY ARE NOT SAFE + MANY ARE IN CUSTODY
DONATE TO BAIL ORGS!!!
I AM CURRENTLY
— h (@halsey) May 31, 2020

While she was safe, she reiterated that many others “were shot, gassed + antagonized,” despite the protestors remaining calm and not provoking the police. Judging from videos of protests in different cities, unprovoked aggression seems to be a common theme at these protests, and Halsey experienced the same thing the very next day.

On Sunday night, Halsey posted more tweets about “the horrors” of the protesting experience, saying that the National Guard and the LAPD were firing rubber bullets into crowds of protestors kneeling peacefully. She stressed that people are getting seriously injured, and there aren’t enough people with medical training to help them out. This sounds like something you would expect in a war zone, but not in the streets of Santa Monica.

I dont know how to articulate the horrors of today. NG + officers firing rounds into kneeling crowds. We dont have enough medics on the ground on our side. I was treating injuries I am not qualified to. So much blood spilled. If you have med training pls go + standby outskirts.

fired rubber bullets at us. we did not breach the line. hands were up. unmoving. and they gassed and fired. pic.twitter.com/K8YauF0APn

She also posted several photos and videos of police officers moving toward peaceful protestors and tear gas exploding in the middle of the street. While Halsey wasn’t injured, she warned about the danger of rubber bullets, saying that she “had to bandage a man who looked like his entire face had exploded today.” She specifically directed this point at people who think the protestors are exaggerating, or that the police aren’t contributing to the violence here.

do not underplay these rubber bullets bc you have been told they are “not lethal”. I had to bandage a man who looked like his entire face had exploded today. So before you say, from the comfort of your home, that we’re exaggerating, please consider the injuries some have suffered

She also called out non-black people at the protests, saying that “allies are there to help when help is needed. Not take control of the narrative.” On my own social media feeds, I’ve seen many white people wondering how they can get involved without overstepping their boundaries, and this is an easy way to boil it down: just listen.

And fucking listen to the black people speaking. You are not there to speak over them. If they are venting their pain and anguish out loud do not speak over them. Allies are there to help when help is needed. Not take control of the narrative. there’s enough of that already.

And it seems like this should go without saying, but if you see Halsey, or any other public figure, out at a protest, don’t f*cking ask for a picture.

don’t even ask me, I won’t say yes. that’s not what this is about.

Is it great that celebs are out there getting involved? Absolutely. But a protest is not a meet-and-greet, this is f*cking serious.

Halsey gets this, and because of her posts, there’s no doubt that she’s helped many other people start to understand this situation better. Her dedication to giving her millions of followers a real look at what’s happening right now is so necessary, and I hope her followers are listening.
Images: JStone / Shutterstock.com; halsey / Twitter