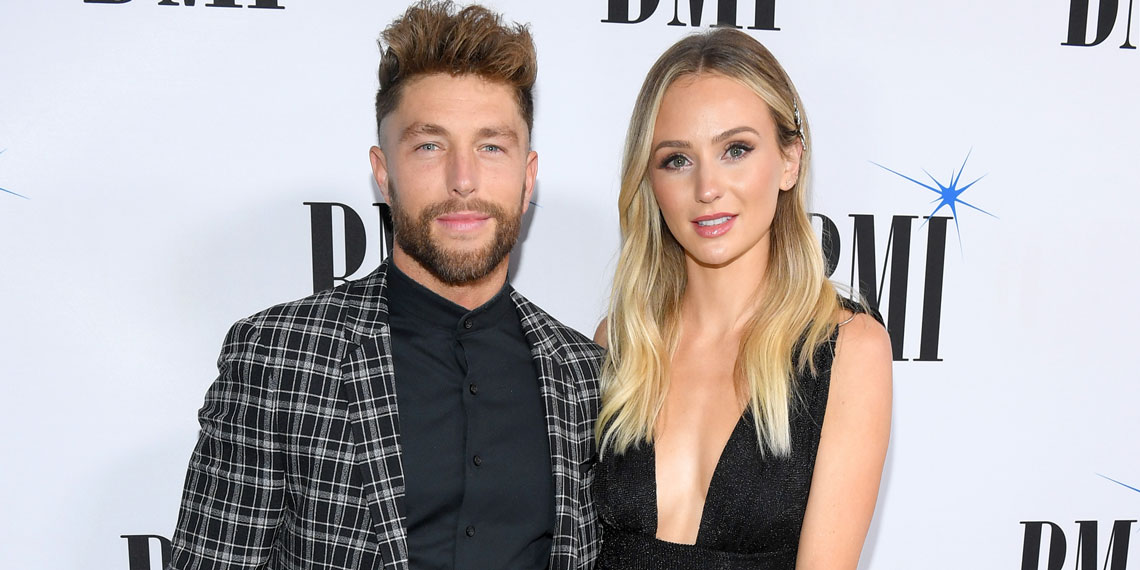 In last week’s roundup of shocking news, another skinny, attractive blonde woman got a new boyfriend! That’s right folks, The Bachelor’s OG Lauren B, Lauren Bushnell, is dating country singer Chris Lane. I’m sure you’re thinking to yourself “who the f*ck is that,” and you’re not the only one. I mean, I’m not thinking that because the only thing I listen to on Spotify for eight hours a day is the Hot Country playlist and the soundtrack from A Star is Born. But I don’t presume to believe anyone else has as refined a music tastes as I do.

From rose ceremonies to country roads???? Lauren Bushnell is dating singer Chris Lane! Tap the link in our bio for the details! (????: Getty Images)

I can see the love in her eyes.

As previously mentioned, you may not know who Chris Lane is, since he’s no Tim McGraw (please tell me you people know who Tim Mcgraw is PLEASE), but he’s actually no stranger to Bachelor Nation. And you know why? Not because he’s been featured on every one of Becca K’s musical dates. But because he’s dated at least three previous Bachelor contestants. So let’s take a look at Chris’s history with the franchise, shall we?

Chris Lane first showed up on The Bachelor during Nick Viall’s season. He sang his song “For Her” while Nick awkwardly rubbed his boner on Danielle Lombard’s leg. Now, it’s unclear if this appearance is what got Chris hooked on girls from The Bachelor, or if it was instead all the sexy SugarBearHair ads that he found irresistible. Either way, he’s been hitting up ladies from the show for a while now.

Reality Steve has mentioned on numerous occasions that Chris Lane loves sliding into the DM’s of many a Bachelorette, but I never thought much of it. I’m not going digging to find the specific references on Reality Steve for you guys because his site literally crashes my computer every time I go on. It’s like I shouldn’t be reading Bachelor gossip at work or something? But trust me, it’s there.

Us Weekly also wrote that before dating Lauren Bushnell, Chris dated another Lauren B, Lauren Barr. She also competed on Ben Higgins season. My brain has limited capacity for remembering Lauren B’s and unfortunately, I’ve maxed out at two. So, I have no idea who this girl is. Here’s a refresher for us all:

I’ve still got nothing in the memory bank about her, but sure. She was on The Bachelor. I’ll believe you. Apparently, they only recently broke up, and Lauren Bushnell called Lauren Barr to tell her that she and Chris were now dating. According to Us Weekly, “Chris was dating LB right before Lauren.” Ouch. It’s definitely got to hurt when your man upgrades to a girl with the exact same name as you but about one million more Instagram followers.

The article also mentions that Chris dated Clare Crawley before Lauren Barr! I’m sorry, does he think Bachelor Nation is his own personal dating app? Clare competed on Juan Pablo’s season, coming in second for the heart of the world’s most garbage single dad. Most recently, Clare got hastily engaged to Canadian Benoit Beausejour-Savard after Bachelor: Winter Games in what was most definitely not an act of desperation. Surprising no one, they immediately broke up.

So why, you ask, would Lauren B want to date a dude that has dated a plethora of her friends and contemporaries? The answer is simple. This b*tch loves to compete against her friends for a guy and win. Forever chasing the high of  true love that final rose.

But best of luck to Lauren and Chris! I’m sure they will have a beautiful few months together before Colton’s crop of ladies are released from their show-imposed social media prison and Chris’s fingers are itching to type “U up?”.