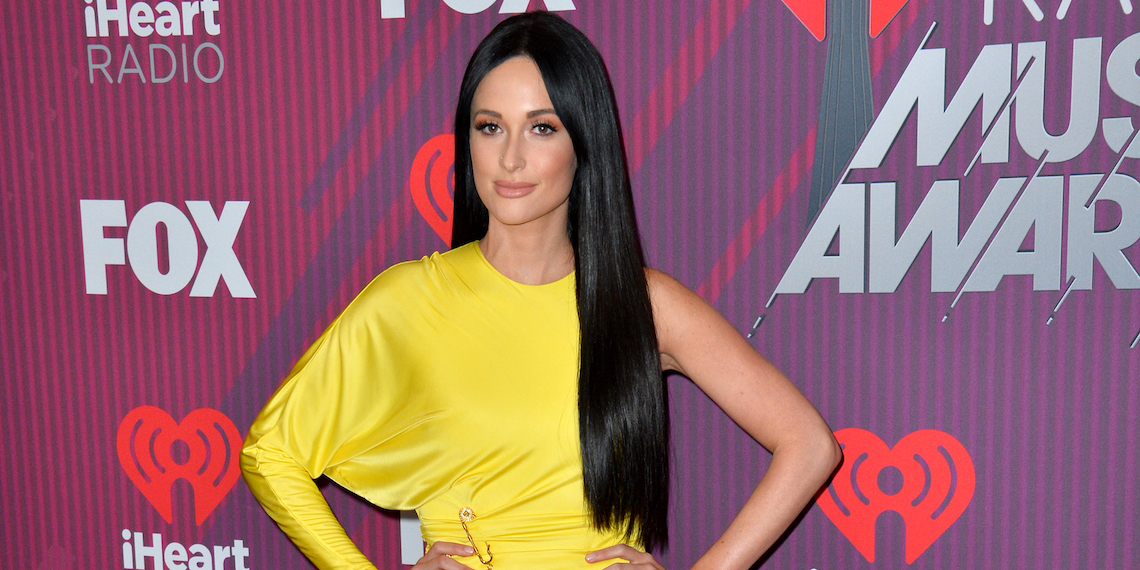 I’d be lying to you if I said I didn’t spend a solid four years of my preteen life sitting on my family’s desktop computer waiting for my crush to sign on to AIM. I made sure my away message always said something cool like, “~*PaRtYiNg w/ mY gUrLz… HiT the CeLLie~*” even if it was 4pm on a Thursday and I didn’t actually have a ~cellie~ for anyone to call. Not to mention I was 10 f*cking years old.

But I wasn’t the only one.

Everybody’s favorite country queen, Kasey Musgraves, has reminded me that I’m in good (albeit embarrassing) company when it comes to cringeworthy AIM screen names. The singer’s Twitter page is funny as hell, and is essentially like an explosion of her beautiful yet random thoughts organized on one feed. So I wasn’t exactly surprised when she asked the Twitterverse to reminisce about their AIM screen names, even though it most definitely opened up the door to my childhood anxiety. (Will send you the therapy bill laterz, Kace!)

At 2:22am on Monday, Kacey tweeted this, as you do when you can’t sleep because you’re deep in an anxiety spiral of all the embarrassing things you did as a kid:

what was your AIM name?

And just like that, thousands of tweets poured in filled with shame and regret. I’m going to round up some of the best/worst submissions because honestly I could use an ego boost after being forced to remember that I was XxXDoLLfAcE017XxX.

When HannahMontanaRocks is already taken, you have to get creative.

If we’re talking about a bedazzled flip phone, then yes, this one works.

but really I was a 12 year old tall, pale, overweight average girl who wore a button up oxford shirt and skort everyday to a private episcopalian middle school and was obsessed with Harry Potter and watching the x-files ?

I’ve never seen a beach babe who wore a skort.

So I’ve always been a horrible speller. Wanted lilsweety6388, but silly me made it lilsweaty6388. cc: @dear_ashley88

How’s it going today? Lil sweaty, how about you? (But also, this girl was lightyears ahead of the “it’s called fashion sweaty, look it up” meme, so I respect it.)

Gwen would be so proud.

TBH, I think Dad was right about this one.

Wait, but if you call yourself emo, doesn’t that negate the emo? *stares out window in eyeliner*

I remember going over to my ex house. Using her computer to send out resumes and her ID was something crazy like bigbootyrican! Spelling was a bit different and yes I was embarrassed! Lesson learned, never use someone computer to send messages out!

Okay, but who the f*ck sends out resumes through AIM?

I hate my gd middle school self

As if any of us knew that the song was about a powerful dick.

Nutsicle843 I’m beyond not proud

It’s OK, we’re all here to learn from our mistakes.

I didn't do drugs. I just liked puff the magic dragon. But suddenly I was known as the druggie at school. Which was a step up from loser so I took it.

I think we’re all losers in this situation, actually.

Vuittonblonde11 and I didn’t even own a Louis Vuitton :)))))

In her defense, TargetPurseBlonde doesn’t have the same ring to it.

If that doesn't make you cringe then I'm not sure what will.

I wonder if he’s still a bad boy to this day.

Omg mine was blinksync18 because I loved blink and *NSYNC lmao

When you can’t choose between two names so you awkwardly force them together.

I’m a little mad that Kacey Musgraves didn’t drop her own AIM name, but there responses are good enough. There are thousands more where these came from, and honestly, I’ll probably spend all day on Twitter laughing at them. Good thing I don’t have any work to get done or anything! Drop your AIM name in the comments so we can all be old together.