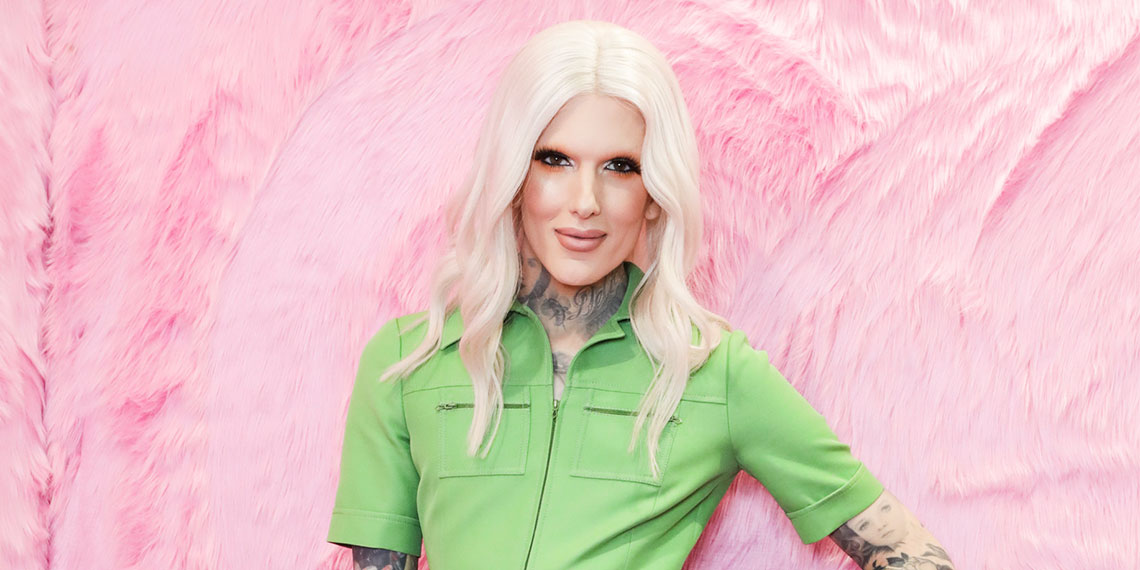 If you read that headline and had to check to make sure that April Fool’s Day was, in fact, yesterday, you’re not alone. Jeffree Star, YouTube beauty guru and lover of drama, has beef with Kourtney Kardashian’s 10-year-old son. If the global pandemic wasn’t strong enough evidence, I think this is confirmation that we’re officially living in The Bad Place. What is going on, and how the f*ck did we get here? Let’s dive in.

Despite all the drama that’s gone down since we got to know them, the Kardashians are generally known for keeping their sh*t tight on social media. They show us exactly what they want, when they want, which is mostly on TV and the fake Twitter fights they drum up to encourage us to watch them on TV. Like, Kylie Jenner is one of the most famous people on the planet, and she managed to keep her pregnancy a secret until after she had the baby! They might be tone-deaf or problematic, but the Kardashians are almost never sloppy on social media.

Well, I think it’s safe to say that the Kardashian ship has officially sprung a leak, and it’s none other than Mason Disick. Mason, Kourtney and Scott’s eldest son, recently discovered social media, and it’s been a f*cking trip already. A couple weeks ago, Mason made an Instagram account, and almost immediately went live for his followers. Normally, this wouldn’t have been that noteworthy—but Mason is a messy bitch who lives for drama. A viewer asked if Kylie and Travis are actually back together, and Mason said no right there on Instagram Live! An icon, honestly.

Shortly after that, Mason’s Instagram page disappeared, and Kourtney later explained that she shut that sh*t down. In her own IG Live, Kourtney said that her reason was that Mason is only 10, and Instagram’s age minimum is 13. That’s true, but I feel like the real reason was probably that Kris Jenner sent her a strongly worded text to get her son in line. The family that avoids PR crises together stays together!

So Mason’s Instagram is sadly gone, but don’t worry, he’s still on TikTok. He’s actually been on TikTok since January, and Kourtney has appeared in his videos, so it’s a parent-approved platform. But that might not last long, because Mason has now figured out how to use TikTok’s live feature. In his first live video, he talked about going viral on Instagram, and complained that he won’t get to go to Coachella this year “because of corona.” Aw, maybe he can do a Zoom Coachella with Vanessa Hudgens.

And, in a video from last week, he went live with major TikTok star Addison Rae, who has a casual 30 million followers. What am I doing wrong with my life? When a viewer asked Mason about his favorite beauty YouTuber, he answered honestly: “I don’t really watch makeup YouTubers, but I think James —he’s really nice. Because Jeffree Star is, like, spoiled AF.” Lmaooooo. Considering that James Charles and Jeffree Star are two of the messiest YouTubers around, you already knew this was going to cause drama.

On Wednesday, Jeffree Star was made aware of what Mason said, and as he always does, he made his thoughts known on Twitter. After declaring that six years ago, he only had $500 in his bank account, he suggested that Mason might be “confused with his own privilege versus mine being self-made,” and added that “hopefully his father can educate him soon.” OUCH.

Okay, so is everything that Jeffree Star said probably correct? Honestly yeah, it’s no secret that Mason has grown up extremely privileged, and with his aunt touted as a self-made billionaire, he might not really understand what that means. But does Jeffree Star realize that he’s dragging a literal child in front of his millions of followers on Twitter, just for calling him spoiled?

This is both a bad look and an unnecessary one, and someone must have pointed this out to Jeffree, because he’s since deleted his tweet about Mason. I’m hoping that Mason will go live again to address his beef with Jeffree, but I have a feeling that Kourtney won’t let that happen and she will be changing the Wifi password immediately. That’s probably for the best, because I don’t need to be spending my time thinking about a feud between a 34-year-old and a 10-year-old child. This might be the weirdest feud of 2020 so far, but with the way this year is going so far, who knows what will happen.