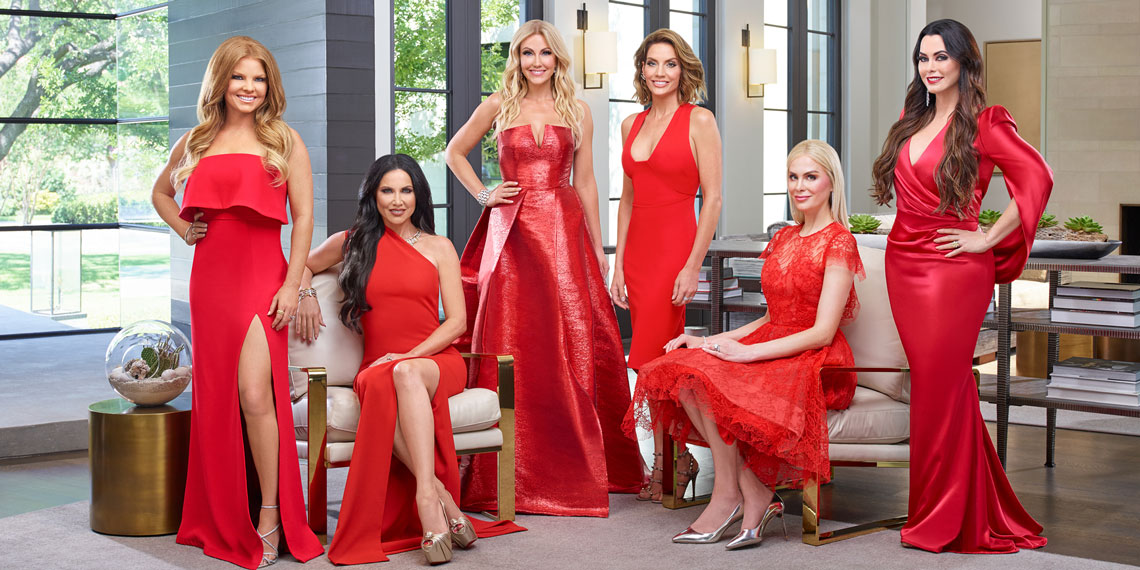 Is ‘The Real Housewives Of Dallas’ Worth Watching?

If you’re a fan of trashy reality TV, you’re probably already very familiar with the Real Housewives shows. But while the housewives of New York City, Beverly Hills, and Atlanta have been bringing the drama for the last decade, you might be sleeping on one very important group of rich women: The Real Housewives of Dallas. The third season premieres tonight, and if last season is any indication, it’s not to be missed. Here’s everything you need to know about the most underrated Real Housewives franchise, so you can jump right in for season 3.

LeeAnne Locken: LeeAnne is the breakout star of the show, mostly because she’s completely insane. Her favorite thing is casually making death threats to her fellow cast members, then acting like everyone else is just being dramatic. She’s not rich but still spends her time organizing charity events instead of having a job. Idk how that works, but I love everything about her.

Brandi Redmond: Brandi is a former Dallas Cowboys cheerleader who really just loves making poop jokes. She and LeeAnne are total frenemies, which is perfect because they’re basically the two stars. Brandi seems sweet, but she can also be more manipulative than Lisa Vanderpump.

Steph Hollman: Steph is honestly so cute and I just want the best for her. Steph is Brandi’s longtime best friend, and she also hates LeeAnne. Her main storyline this season will probably be renovating the ridiculous house her husband bought without telling her. So like, cool.

Cary Deuber: Cary’s husband Mark is a creepy plastic surgeon who’s on the show almost as much as she is. The Deubers love stirring the pot and then acting completely innocent, which makes them perfect Bravo cast members. Last season, LeeAnne spread rumors that Mark is gay, and Brandi spread rumors that Cary was Mark’s nanny and that he slept with her while he was married to another woman.

D’Andra Simmons: D’Andra was the other season 2 addition, and I love her. She runs the skin care company that her mom founded, and she revealed in the season 2 reunion that she has TWO TRUST FUNDS. Pardon me while I rage text my parents about my lack of even one trust fund. D’Andra has been besties with LeeAnne for years, but she gets sick of LeeAnne’s constant batsh*t behavior.

The first two seasons are pretty short and all the episodes are on-demand if you want to catch up. Let’s go over some of the most important moments. In season 1, the show focused on the Dallas charity scene, and LeeAnne claimed Brandi and Steph were too trashy to be at the events. Case in point: Brandi showed up to a hat show wearing a hat with grass and fake dog poop on it. LeeAnne was not amused. Later, on a trip to Brandi and Steph’s lake house, LeeAnne threatened to “gut” supporting cast member Marie. Thus begins the history of LeeAnne Locken’s death threats.

Season 2 ditched the charity stuff and ratcheted up the drama. BFFs Brandi and Steph were feuding at the beginning, and Brandi became close with LeeAnne instead. Steph and Brandi quickly patched things up, which LeeAnne was not happy about. LeeAnne also decided she hates Cary, which led to one of the best Housewives moments ever. When Brandi drove LeeAnne to her boob job (I love this show), LeeAnne unloaded on Cary behind a closed door. We got to listen as LeeAnne said that ” husband gets his d*ck sucked at The Round-Up,” and that she doesn’t have knives in her hands but “they’re just hands, and they work quite well.” It was very confusing, but the gist was that she was threatening to strangle Cary. Cute! Later in the season, there was an instantly iconic trip to Mexico that involved Brandi chasing Kameron down the beach with a dildo that LeeAnne nicknamed “sexual chocolate.”

Seriously, the season 2 drama was so good, I was basically on the edge of my seat for every episode.

Season 3 features the same cast as last season, which is a great thing. There’s not a single weak link here and the trailer looks jam-packed with drama. It looks like there will be some major tension between LeeAnne and D’Andra, and it also looks like LeeAnne and Brandi will continue to scream at each other about who knows what. Oh, and we also get a glimpse of fights between Cary and LeeAnne, as well as Kameron and D’Andra. God bless these messy women. The trailer also features another instant classic rant from LeeAnne:

On Monday, Bravo finally released the new taglines for this season, and there are a few standouts right off the bat.

Brandi: This isn’t my first rodeo, so I’m not taking your bull.

This is an obvious reference to LeeAnne’s tagline from last year about how she’s “no bull and all horns.” If this means that we’ll get to see a massive showdown between Brandi and LeeAnne, I’m incredibly here for it.

Ugh, iconic. Look at LeeAnne comparing herself to the entire state of Texas. She’s completely delusional, which is the best character trait for a reality TV star.

Kameron: I have heels that are higher than your standards.

Well, Kameron won. Seriously, how have I not already used this as an Instagram caption?

Long story short, you need to be watching Real Housewives of Dallas. You’ll thank me later.