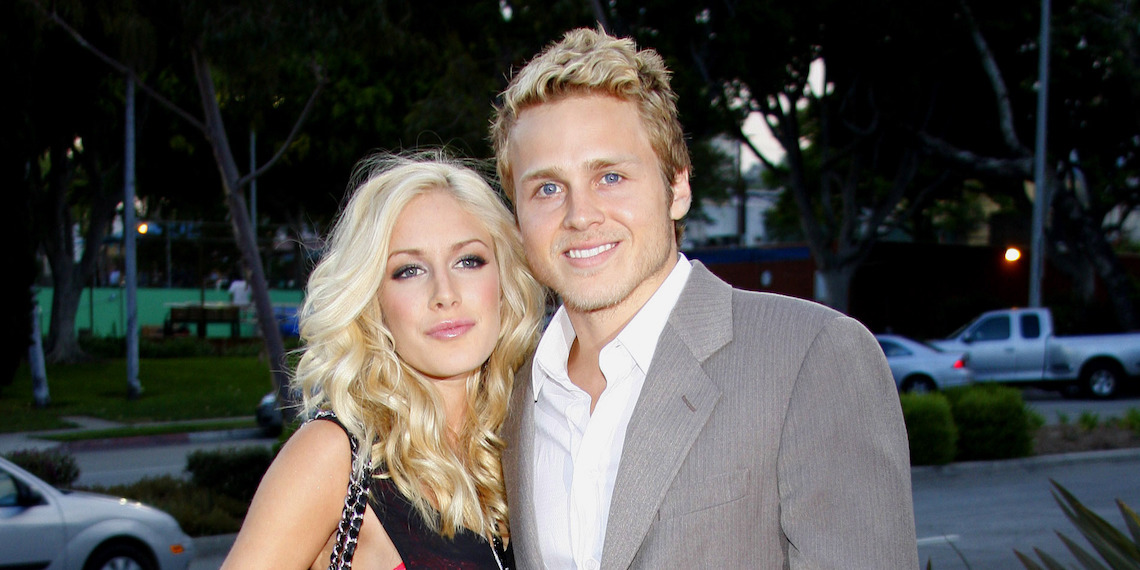 Stephanie Pratt Is ‘Not On Speaking Terms’ With Heidi & Spencer Pratt

We still have over two months before the The Hills reboot premieres, but I am already 100% ready. I’ll admit, until the beginning 0f 2019, I was a Hills virgin. I had seen a random episode here and there, but I had never watched start to finish. That’s no longer the case, because I binged all six seasons in about three weeks, and I have absolutely no regrets. So when The Hills: New Beginnings actually starts, I will definitely be watching, but lucky for us, the cast is already bringing the drama. This is probably hard to imagine, but Spencer and Heidi are still causing problems.

The source of our info today is Stephanie Pratt’s podcast Pratt Cast (cute name lol), which she cohosts with Bachelornation’s Wells Adams. This is an interesting pairing, and I had no idea this podcast existed until literally today. I would say I’ll check it out, but that would be a lie. Steph revealed on a recent episode that she isn’t on speaking terms with her brother and his wife. In case you need a refresher, Stephanie is Spencer Pratt’s sister, and Spencer is married to Heidi. On the OG Hills 10 years ago (god, we’re old), Spencer and Heidi basically did what I do every time I drink Jäger and ruined their relationships with their family and friends by acting psychotic. On the show, Stephanie was often caught in the middle between being loyal to her brother and sucking up to Lauren. She can be a little bit of a thirst master general, but she always brought the drama, and for that I am thankful.

This photo is so special to me ? 3 months ago I would have never thought that 2018 would end with so much happiness! Soooooo many years have gone by living separate lives & I am to blame. I became too independent. I’m seeing everything in a different light these days & I feel blessed that it wasn’t too late for this new chapter with my brother & Heidi ???? #family #blessed #newbeginnings

Back to the podcast and the source of this update. On the podcast, Stephanie had a lot of strong words about Spencer and Heidi. The main issue goes back to a photoshoot with the cast of The Hills, and the specifics are hilariously petty. According to Steph, Heidi opened a bottle of champagne on the set, and she shared it with everyone but her. Stephanie says that Whitney Port commented how weird the whole thing was, and that things between them just got worse from there.

Okay, that is a lot, and I really don’t feel like all of this emotion is coming from Heidi not pouring Stephanie a glass of champagne. Really, I have a feeling that these three haven’t actually worked through all the issues that they had the first time around on The Hills. Here’s another excerpt of what Stephanie had to say:

“I’m also not going to pretend that Spencer and Heidi are good people, like I was doing for most of the series for my parents. For the sh*t they have done to me recently, I’m done. This is why I moved to London. I’m done. I cannot live near them. They are the most toxic people I’ve ever met. They are Bonnie and Clyde till they die, so if they say the sky is black, all of us are morons for saying it’s blue.”

Stephanie also promised she wouldn’t “pussyfoot around them” on the reboot, whatever that means, and she said she plans to “expose them for who they are.” I mean, do any of us actually think Heidi and Spencer Pratt are good people? What is there really to expose? Either way, I am getting more and more excited for this reboot. What’s crazy is that, for all the horrible things Stephanie has to say right now, she and her brother were apparently on good terms until very recently. She said on the podcast that before filming the reboot, she sat down with her whole family, and they all agreed that they wouldn’t let the show tear the family apart like it did before. Welp, that comment didn’t age well!

I’m so intrigued by this whole situation, and I hope that on the show, we at least get a glimpse of what’s gone down within the Pratt family. Stephanie also said that Heidi was “horrific” to all the women in the cast while they were filming, and that she apologized to them on Heidi’s behalf. Oh my god, I’m so excited for this.

Wherever she is, I’m sure that Lauren Conrad is extremely glad she didn’t sign up for this sh*t. The Hills: New Beginnings premieres on June 24th, so let me know in the comments what you’re most excited to see.