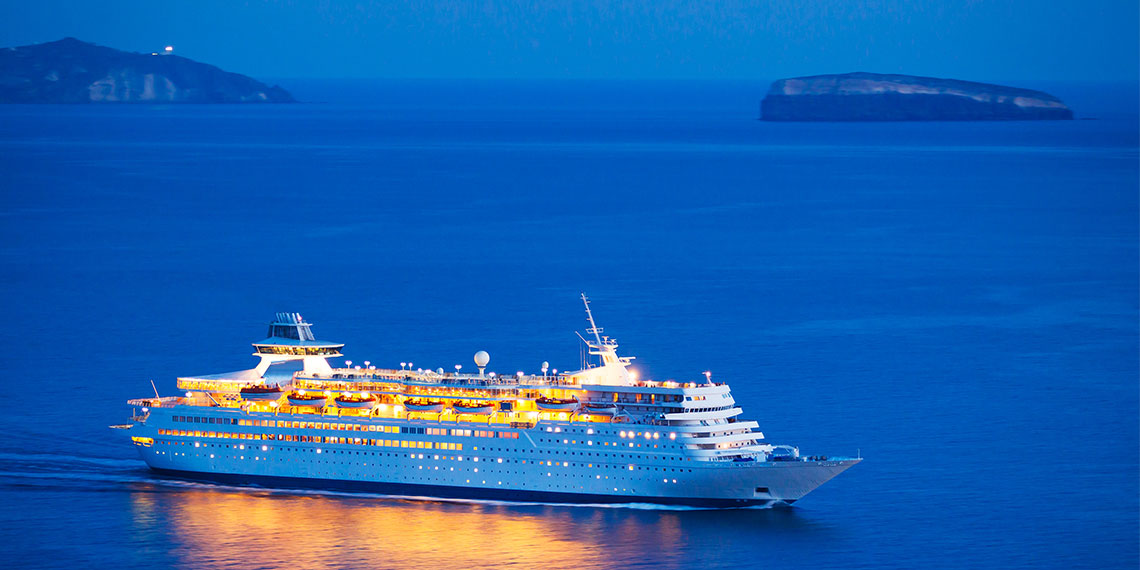 Is The Cruise Industry F*cked?

With airline ticket prices dropping to the cost of a checked bag, hotels furloughing and laying off employees, and tourist destinations all over the globe closing until further notice, the travel industry has been hit hard by the COVID-19 pandemic. And one sector that’s had the wind knocked out of it in particular has been cruises. While the industry has taken a drastic dive in the last few months, cruises have come under fire well before coronavirus concerns. With a slew of bad press in recent years, contributions to overcrowding, severe environmental impact, and an aging customer base, cruise lines haven’t exactly been at their peak. Is coronavirus just the final death knell for cruises?

There’s a reason that when you think of cruises, you think of old people tanning on a boat. In 2018, the Cruise Line International Association reported that 60-69-year-olds made up 19% of all cruise passengers, the largest percentage of any age group, with 50-59-year-olds coming in a close second at 18% of all passengers. (20-29-year-olds only comprised 9% of passengers.) Over the last two decades, however, cruise lines have been purposefully working to target the younger generation. It seems to be mostly successful, with the average age of passengers dropping to 46 years old, a decline from the average age of 50 years old in 2005.

Why does any of that matter? Easy: while you might still be on your parents’ phone bill, millennials actually represent the largest group of consumers. So if cruises want to continue to get paying customers, they need to appeal to younger generations. While the numbers have definitely improved for the industry in recent years, it’s unclear if they will be able to continue to get more millennials on board. One upside is that they’ve been able to move many of their passengers to a younger demographic, with only 13% of their passengers above the age of 70. However, once your Aunt Karen’s inspirational Facebook post about “This too shall pass” is actually a reality, the cruise ship industry will not only have to work to stay afloat (pun intended), it will also need to continue to recruit a younger customer base to stay relevant.

When A Dream Vacation Turns Into A Nightmare

There’s no way of putting it gently: the last 10 years have brought a lot of negative press for the cruise ship industry. From a ship in 2013 losing power resulting in 4,000 passengers stranded in the Gulf of Mexico for four days, to another losing control in the canals of Venice in June 2019, cruise ship horror stories pop up in the news cycle pretty regularly. Last year’s terrifying video of a cruise violently swaying side to side as a result of engine problems resulted in hundreds of passengers having to be airlifted off the boat. And In March 2019, the Norwegian Escape out of New York tilted at a severe angle after being hit by wind during a storm. Jess Gove, Betches reader who was a passenger aboard the ship describes the scene as nothing short of a horror story: “Entire bars of booze crashed, glass everywhere. A slot machine fell on someone. People were bleeding all over the main lobby.” (Gove also claimed no compensation was offered to passengers to make up for the ordeal.)

Yeah…it’s gonna be a no from me dawg.

As if these nightmares weren’t enough to question booking a quick trip around the Caribbean, cruise lines have also come under fire for their negative effects on the environment, and if Gen-Z and millennials care about one thing (aside from eating ass), it’s the planet. Ships have been described as “floating cities”, as some burn more fuel than an entire town. A passenger’s carbon footprint triples in size while onboard, and cruise lines have been penalized for dumping sewage and trash into the water. A single ship can create about 15 gallons of hazardous chemical waste daily. I know air travel is bad, but this is next level pollution and downright disgusting.

On top of environmental concerns, cruise lines’ connection to mass tourism has also been criticized by destinations who don’t see the benefits of visiting tourists. Passengers often buy all-inclusive packages for the ship, resulting in minimal spending at the stop-off destinations. I mean, with unlimited vodka sodas on-board, who can blame them for not wanting to disembark? However, popular tourists spots like the walled city of Dubrovnik or St Mark’s Square in Venice see mass crowds from cruises without the economic benefits, leaving locals increasingly frustrated.

With all of these horror stories and negative impacts, it’s a wonder anyone still goes on cruises, yet it’s a $150 billion industry, and cruise lines are currently responsible for 1.18 million jobs and $50.2 billion in annual wages.

Over the last few months, the cruise ship industry’s press coverage has gone from bad to worse. With the escalation of COVID-19, cruise ships have become synonymous with the spread of the disease. Passengers have gotten sick in huge numbers, with some unable to recover, resulting in a swift decline for this branch of the travel industry.

The negative coverage started off with whole ships being quarantined around the world. Let me repeat that: whole. Ships. Being. Quarantined. Off the coasts of California, Australia, Chile, Cuba, and New Zealand, boats became unclear on their ability to port, and some started quarantining their passengers despite no one showing virus symptoms. So these boats basically became floating prisons, with some passengers held in interior cabins with no windows for days. Safe to say those people probably won’t book another cruise anytime soon, even after the lockdowns end.

If that wasn’t bad enough, at the beginning of February, a cruise off the coast of Japan holding 3,700 passengers and crew was quarantined. Eventually 700 people on board tested positive for COVID-19, and eight died. As a result, many countries including Canada, Australia, and New Zealand have now suspended all cruise ship travel, not allowing any boats to dock for a few weeks to months, depending on the government mandate.

In early March, as concerns about the virus mounted, the Diamond Princess pulled into Oakland, CA. Onboard, 3,500 passengers had been quarantined on the 15-day cruise after a previous passenger tested positive for COVID-19. The ship ended up being the center of state and federal government quarantine measures and turned out to be a sample in America’s severely inadequate number of testing kits. Lawsuits have now been filed against Diamond Princess for gross negligence in its handling of the virus. Yikes.

Not All Press Is Good Press

With a growing number of these stories in the media, travelers began to cancel their trips and cruise lines suspended operation. The WHO warning against travel, and The State Department’s specific advisory against cruise ship travel, was the final blow. Of course, now we’re in full isolation and no part of the travel sector is safe.

The stream of negative media coverage has resulted in cruise companies’ stocks falling drastically, with Norweigan and Royal Caribbean tanking by 70%. The subsequent debt of the cruise lines leaves some saying it’s worse than the period following 9/11 for cruise ships.

Can The Industry Bounce Back?

On March 13, the CLIA announced they were voluntarily and temporarily suspending cruise ship operations from U.S. ports for 30 days. CLIA Global Chairman Adam Goldstein said, “During this time, we will continue to work with the CDC and others to prepare for resumption of sailings when it is appropriate. We know the travel industry is a huge economic engine for the United States and when our ships once again sail, our industry will be a significant contributor to fueling the economic recovery.”

But we’ll have to wait and see when cruise season is allowed to resume, and how long people will associate cruise ships with quarantine stories, to measure all of the damages. The industry could also accept government subsidies to get back on its feet, but for now, there doesn’t appear to be much hope on the horizon. Given the negative impact the industry has on the environment, and its contribution to unsustainable travel, maybe it wouldn’t be such a bad thing.

Katie is a content writer from Vancouver currently living in Sydney, Australia. She spends her time avoiding getting burnt, going for coastal walks, and cooking. Her passion is hunting down the best pastry and coffee combo in whichever city she’s in.