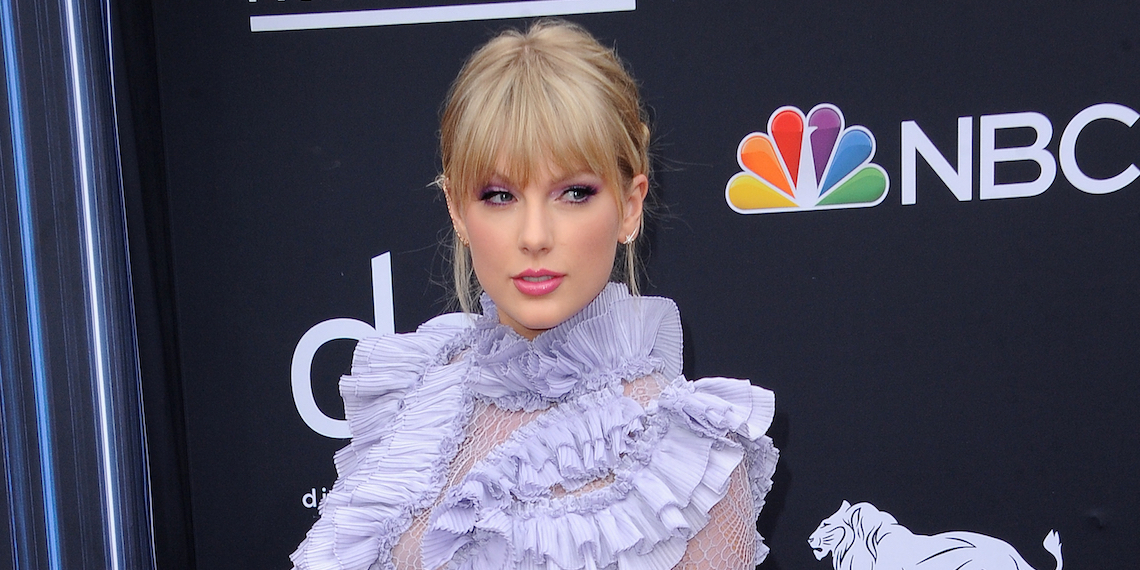 Hey ‘Vogue’, Taylor Swift Is Not A Social Justice Icon

As we all know, Taylor Swift is in the midst of a big publicity push as she gears up for the release of her new album later this month. Her latest big get is the cover of Vogue’s September issue, the biggest fashion cover of the year. Taylor has been on the cover of countless magazines, even Vogue several times before, and the photos and cover story are always predictably in line with whatever image or album she’s promoting at the time.

This time, that means that the glam for the photos is low-key, and Taylor’s current shaggy bowl cut is in full force. But while I could say plenty about the looks for Taylor Swift’s newest Vogue feature, what really stood out to me was the tone of the interview that accompanies them.

@taylorswift is our September issue cover star! Tap the link in our bio to read the full profile. Photographed by @inezandvinoodh, styled by @tonnegood, written by @abbyaguirre, Vogue, September 2019.

The profile, written by Abby Aguirre, is positive to the point of sounding fangirl-ish, and spends a great deal of time talking about Taylor’s history of being politically active. The thing is, anybody who pays attention knows that Taylor Swift doesn’t actually have that much history of being politically active. As you might recall, last fall, it was huge news when Taylor came out against Tennessee’s Republican candidate for Senate. Before that, she had always been reluctant to share her political leanings, especially when it came to who she was voting for in elections.

For her interview with Taylor Swift, Aguirre hung out on the set of the video for “You Need To Calm Down,” which Swift says is about “trolls and cancel culture, homophobes and the people picketing outside our concerts, and successful women being pitted against each other.” When Taylor released the song and video in June, it received a mostly positive reaction, but some were skeptical of Swift’s sudden dedication to the LGBTQ community, and even accused her of jumping on the bandwagon for Pride month.

But if many thought that Taylor’s embrace of the LGBTQ community in “You Need To Calm Down” came out of nowhere, you wouldn’t know it from reading the Vogue profile. Aguirre pulls out vague details from years back in Taylor’s career as evidence that she’s long been visibly pro-LGBTQ—a boy wearing a purple sweater in a music video and the lyric “boys and boys and girls and girls” in a song from 2014—but these types of throwaway gestures aren’t how you build a strong case for someone’s history of activism.

In the interview, Swift shares that her perspective on being politically open was changed “a year or two ago,” when Todrick Hall, one of her closest friends, asked her what she would do if her son was gay. Taylor was taken aback by the question, and she says it made her rethink what and how she shares with her fans. On her feelings about the LGBTQ community, she says that “It was kind of devastating to realize that I hadn’t been publicly clear about that.”

Granted, Taylor Swift donated money to the Stonewall National Monument in 2016, and presented at the GLAAD Awards that same year, but even in 2016, it wasn’t exactly revolutionary to not hate gay people. I’m not upset with Taylor Swift for what she’s shared now or in the past, but it seems like an odd and dishonest choice to portray her as some kind of gay rights icon.

Celebrated, canceled, obsessed over—is @taylorswift our most endlessly debated pop star? With a new album, and a newly assertive political voice, the star opens up in our September issue about sexism, scrutiny, and standing up for herself. Tap the link in our bio to read the full profile. Photographed by @inezandvinoodh, styled by @tonnegood, written by @abbyaguirre, Vogue, September 2019.

Later in the article, Aguirre turns to other instances where Taylor Swift has spoken out on behalf of causes, like the numerous times she’s called out the music industry for practices that don’t benefit artists. The thing is, all of these are causes that have directly affected Taylor. In 2014, Taylor Swift pulled her catalog from Spotify because she was angry that they offer a free option for listeners. While her stance that music shouldn’t be free could stand to benefit artists of all levels, she later brought her music back to Spotify once her album 1989 sold 10 million copies. Of course, she’s free to choose where she wants her music available, but her return to Spotify didn’t signal some huge victory for artists everywhere, just one for Taylor Swift. Just last month, we saw her fight back against the sale of her master recordings without her prior knowledge. While Taylor theoretically spoke out to support the idea that all artists should own the rights to their music, the whole discussion devolved into every celebrity choosing sides between Taylor and Scooter Braun. It’s unclear what, if anything, was accomplished, and the original message about artistic freedom was almost certainly lost in the noise. Again, Taylor Swift is free to be as politically active or inactive as she wants, but Aguirre’s characterization of Taylor as someone who likes to “leverage her power for a cause” is really only true when the cause benefits her.

In the end, this is only one magazine profile of Taylor Swift, and it will probably barely be remembered after this week, but still. It’s Vogue, so it carries weight. Why spend 3,000 words writing about Taylor Swift the social justice icon, when that’s not even really what she is? Taylor is welcome to support the LGBTQ community, and whatever other groups she chooses, but doing so doesn’t automatically make her special. In an era when so many people in our society are risking their lives and sacrificing daily to secure basic rights and protection for themselves and others, we shouldn’t be putting our celebrities on a pedestal for doing the bare minimum.