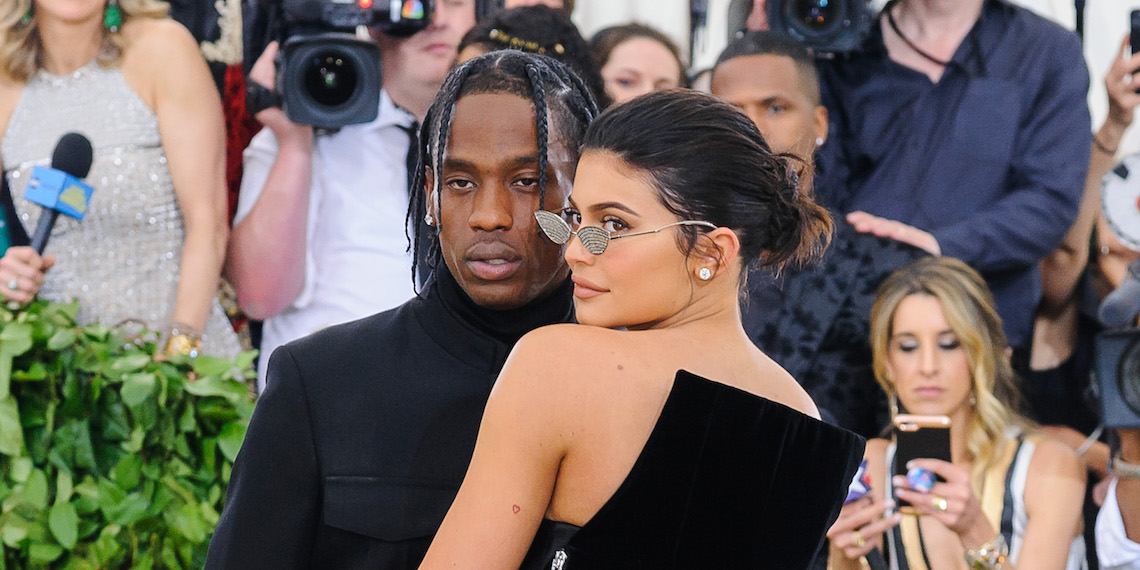 These days, it seems more and more common for celebrities to secretly get married. With the obvious exception of Nick Jonas and Priyanka Chopra’s Indian extravaganza (with a heavy emphasis on extra), lots of big couples have been keeping things low-key. Cardi and Offset did it, Hailey and Justin did it, and now the latest married couple might be… Kylie Jenner and Travis Scott? Or maybe not. Kylie has a history of calling Travis her husband, so she’s not always the most reliable source of information. Every time Kylie calls Travis some variation of “hubby”, the internet collectively freaks out. This is one such time.

On Tuesday, Kylie posted this picture of herself on Instagram. It’s a pretty typical thirst trap for her, but the caption was what made people really pay attention.

Wow, look at Kylie getting bilingual all of a sudden. I have no idea if she actually speaks Spanish, or if she put this into Google Translate and just liked the way it looks. Probably the latter. For those of you who didn’t study abroad in Barthelona, this translates to “I miss my husband.” Now, in this moment, I finally understand why I struggled through six years of Spanish classes, so thanks Kylie!

So, what does this caption actually mean? Cosmo immediately reported that it’s Kylie confirming her marriage to Travis, and fans have been losing their minds since she posted it. Of course, they do have a child together, so it’s not like getting married would be groundbreaking, but would they really pass up the opportunity for a KUWTK wedding spectacular? I have my doubts. Also, this is not even close to the first time that Kylie has called Travis her husband. Let’s take a walk down memory lane, shall we?

Here’s an Instagram that Kylie posted on November 27th, before Travis’ big concert at Madison Square Garden. Were they married then??

when ur hubby is performing at madison square garden tonight ????

On October 6th, Travis was the musical guest on SNL, and Kylie called him her hubby multiple times. The first was in a now-deleted Instagram post wishing him luck, and the second was a Snapchat video of her watching the show. Were they married already at the beginning of October? Probably not!

Two months before that, on August 10th, Travis took a turn at fanning the wedding rumors, when he called Kylie “wifey” in his birthday Instagram post for her. Now, I’m pretty sure this means absolutely nothing, because I call my best friend wifey when she makes me a quesadilla for me when I’m drunk. It’s not that serious.

Happy bday wifey I love u mommy u my heart rib toes and all. May GOD continue to bless u and ur spirit. This mark in ur life is the start to more greatness

And, as if we still needed evidence that the word wifey/hubby/esposo doesn’t really mean anything, here’s my personal favorite piece of evidence: way back in June 2016, Kylie clearly referred to Tyga as her husband in a Snapchat video. God, it’s crazy to think of a time when Kylie was with Tyga and we all actually still used Snapchat. Simpler times. Clearly, Tyga and Kylie were never married, so Kylie saying sh*t like that isn’t legally binding or anything.

Are Kylie and Travis married? Maybe, but who knows. I’m sure we’ll find out in 6-8 months on a carefully produced episode of Keeping Up With the Kardashians, but until then, we might not know for sure. Basically, everyone needs to chill tf out.