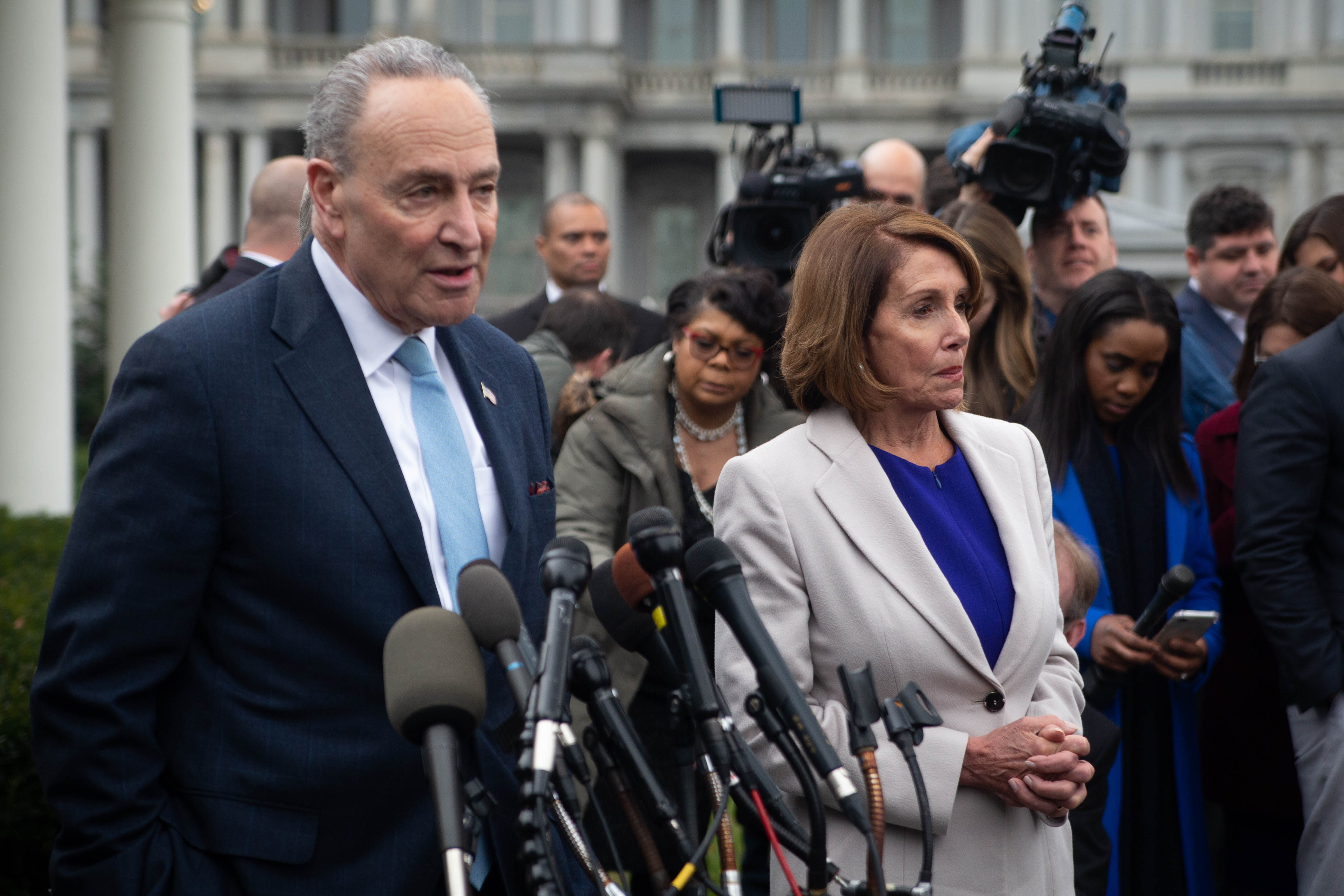 Here’s How Politicians Are Reacting To The Mueller Report

Not to be too crude, but the Mueller investigation has ended and it feels like letting out a big sh*t you’ve kept in for 22 months. But the terrible part is it doesn’t even feel like a relief. Usually, I wouldn’t make a poop joke in the first sentence of an article, but Mueller concluded no collusion and now the world feels extra lawless and I’ll do as I please.

Obviously we’ve been preparing our reaction gifs to this moment for months and politicians are no different. Here’s what’s being said across the aisle, not that our government matters at all any more or whatever.

In the Dems’ dream scenario, Mueller would usher in Tyra Banks who would not pull out Trump’s photo and he’d be sent back to pack his bags and leave immediately. Since this did not happen, and there’s no collusion, Dems are really pushing to see the whole report and get to the bottom of why Mueller felt he could not say one way or another if the president committed obstruction of justice. (His inability to smize?)

AG Barr’s letter raises as many questions as it answers. The fact that Mueller’s report does not exonerate the president on a charge as serious as obstruction of justice demonstrates how urgent it is that the full report & documentation be made public without any further delay.

The American public deserves the full report and findings from the Mueller investigation immediately—not just the in-house summary from a Trump Administration official. https://t.co/8Lj0O881Cw

But removing Trump will not remove the infrastructure of an entire party that embraced him; the dark money that funded him; the online radicalization that drummed his army; nor the racism he amplified+reanimated.

The Mueller report needs to be made public, the underlying investigative materials should be handed over to Congress, and Barr must testify. That is what transparency looks like. A short letter from Trump's hand-picked Attorney General is not sufficient.

Mueller did not find sufficient evidence to establish conspiracy, notwithstanding Russian offers to help Trump’s campaign, their acceptance, and a litany of concealed interactions with Russia.

I trust Mueller’s prosecutorial judgement, but the country must see the evidence.

Unfortunately, the GOP is gloating and celebrating by probably ordering an extra round of White Russians at their country clubs or whatever. The general gist is that they think Dems have wasted all of our time by pushing for this and it’s also somehow the media’s fault.

Time to investigate the Obama officials who concocted and spread the Russian conspiracy hoax!

That it was so easy to unleash frenzy & hysteria over outlandish claim President was a double agent should terrify every American. #Russia very good at misinformation & manipulation.

They have learned from this ordeal.

Who knows what false narrative they have planned next.

The Russia investigation was based on false pretenses, false intel, and false media reports. House Intel found a yr ago there was no evidence of collusion, and Democrats who falsely claim to have such evidence have needlessly provoked a terrible, more than two-year-long crisis.

While this was a great vindication for @realDonaldTrump & our family, it was an equally amazing day for all of his incredible supporters who stood by him faithfully despite a #fakenews media & Democrat onslaught the likes of which has never happened in our history. Thank you all!

Good Morning, Have A Great Day!

and finally, for the best take of all:

Did not imagine a world where they were able to indict Aunt Becky before Donald Trump.

Now if you’ll excuse me, I’m going to spend the rest of the day contemplating this exact question.