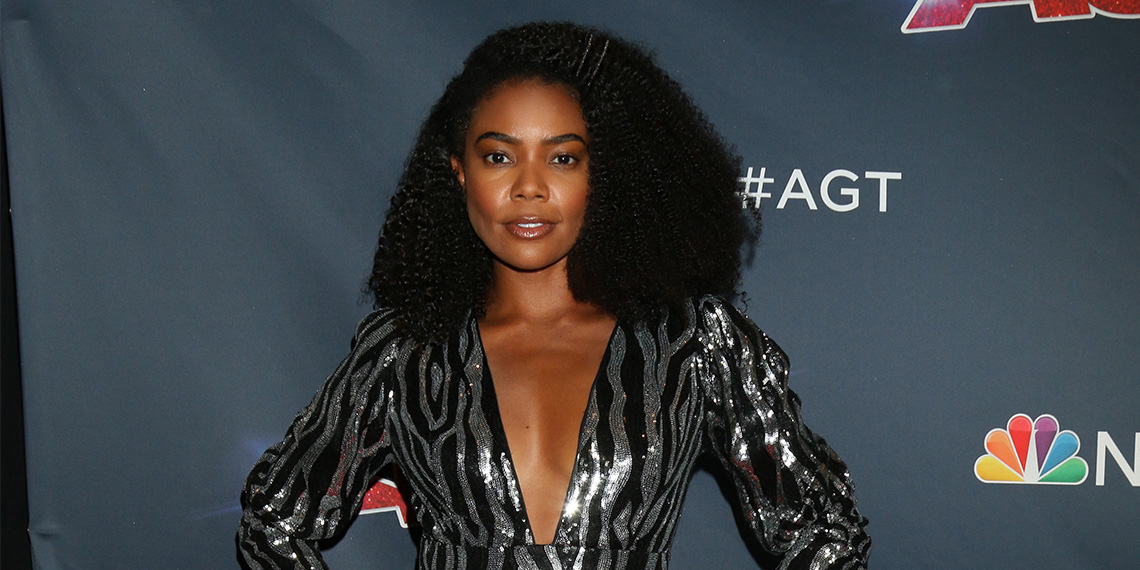 I’ll admit, it’s been a while since I watched America’s Got Talent. But last September, when it was reported that Gabrielle Union was fired from the show after just one season as a judge, my ears perked up. First of all, I think Gabrielle Union is flawless, an opinion that’s shared by many. How dare they fire this queen?! But it quickly became clear that there was some highly questionable sh*t going on here. In November 2019, Variety published a detailed report on the toxic workplace culture at AGT, and how Gabrielle Union had tried to speak up about the issues, but wasn’t taken seriously.

This week, after remaining silent for several months, Gabrielle Union did an interview with Variety, in which she went deep on what happened behind the scenes, and why it’s so important to discuss. According to Union, the toxicity began the moment she stepped on the AGT set. She was immediately greeted by Simon Cowell (the show’s creator, executive producer, and head judge) smoking a cigarette on a closed soundstage.  I knew this sh*t happened in like, the ’60s, but in 2019? What is this, Mad Men?

Union, who is “severely allergic” to cigarette smoke, “hesitantly” voiced her concerns about Cowell’s smoking to the show’s producers, and though they admitted others had complained in the past, she was essentially told nothing could be done. Because of the smoking, Union says she “ended up staying sick for two months straight. It was a cold that lingered, and turned into bronchitis.” The illness effected her voice, and in turn, her ability to do her job properly, but she says it had been made clear at the time that no one cared.

Though the response given to Union wasn’t exactly supportive, it appears that production did end up addressing her concerns. In a statement given to Variety for their report, a spokesperson for Simon Cowell said, “when he was directly informed of the smoking complaint during the first couple of days of the season, he immediately changed his behavior and the issue was never raised again.” According to Variety, “An individual familiar with the internal investigation of ‘AGT’ says the matter was addressed, but the investigation hasn’t concluded that Cowell’s indoor smoking has stopped entirely.”

But the smoking incident was just the beginning of Gabrielle Union’s issues with the way things were done at America’s Got Talent. A few weeks later, she was filming a commercial with Jay Leno, who was a guest judge on the show. While the cameras were rolling, he joked that Simon Cowell’s dogs “looked like food items at a Korean restaurant.” The joke was obviously racist, and Union was rightly horrified. She tells Variety that she had always held Jay Leno “in high regard” prior to this, but she “was not prepared for this joke… it was so wildly racist.”

Rather than confronting Leno directly, she followed protocol and voiced her concerns with production. They responded with a standard answer, that the racist joke would be edited out of the ad, but there were no consequences. Union was understandably unsatisfied with this response, telling Variety, “You cannot edit out what we just experienced. There is not an edit button in my brain or in my soul. To experience this kind of racism at my job and there be nothing done about it, no discipline, no companywide email, no reminder of what is appropriate in the workplace?” No one should have to tolerate behavior like this, and it’s upsetting that no meaningful action was taken.

On the contrary, Union’s concerns continued throughout the season, even spreading to the contestants on the show. One of the featured acts was a man who impersonated a variety of famous singers. At the beginning of the act, the man put on a pair of black gloves to signify that he was portraying a black performer. Yikes. This is essentially a form of blackface, and Gabrielle Union says she “took it seriously.” Considering her fellow judge Julianne Hough once dealt with a blackface scandal of her own, Union was especially disappointed that NBC wasn’t “more conscientious” in their decisions. While Union’s concerns with the act were made clear before the performance, the man was cleared to perform in front of the judges and a crowd of 4,000 people. I can only imagine the frustration of sitting at your job, being forced to watch something so insensitive and offensive be celebrated by thousands of people.

And according to Variety’s sources, the racist attitudes at AGT even extended to Gabrielle Union’s appearance. During production, Union frequently changed hairstyles, as one does. But production reportedly decided that the rotating hairstyles were “too black” for their audiences, and she was given notes to keep her hair “consistent” during filming. In her interview with Variety, Union didn’t comment on this specific incident due to an ongoing investigation into the circumstances surrounding her firing.

Speaking of that investigation, NBC and the AGT production companies reported their findings conducted by an outside investigator on Wednesday, and I’m not impressed. They said that “the investigation has shown that the concerns raised by Ms. Union had no bearing on the decision not to exercise the option on her contract.” Cool, I’m not sure how you actually prove that, but cool.

They added that “it has been revealed that no one associated with the show made any insensitive or derogatory remarks about Ms. Union’s appearance, and that neither race nor gender was a contributing factor in the advancement or elimination of contestants at any time.” Additionally, NBC reports that “the investigation has demonstrated an overall culture of diversity,” while acknowledging that “the reporting process could be improved.” Yeah, no sh*t. Gabrielle Union was arguably the most famous person on that show, and she still wasn’t listened to, so I can’t imagine what the people of color in less influential positions go through.

So basically this outside investigator was “engaged” by NBC, Fremantle (the producers of AGT), and Syco (Simon Cowell’s joint entertainment company with Sony Music), conducted a bunch of interviews, and magically came to the conclusion that everything was pretty much fine! While this probably shouldn’t come as a surprise, it feels like a pretty sh*tty conclusion to this situation.

But even though her time with America’s Got Talent has come to a close, Gabrielle Union is just getting started. She told Variety that “At the end of all this, my goal is real change—and not just on this show but for the larger parent company. It starts from the top down.” It sounds like she intends to f*ck sh*t up, and I can’t wait to watch.