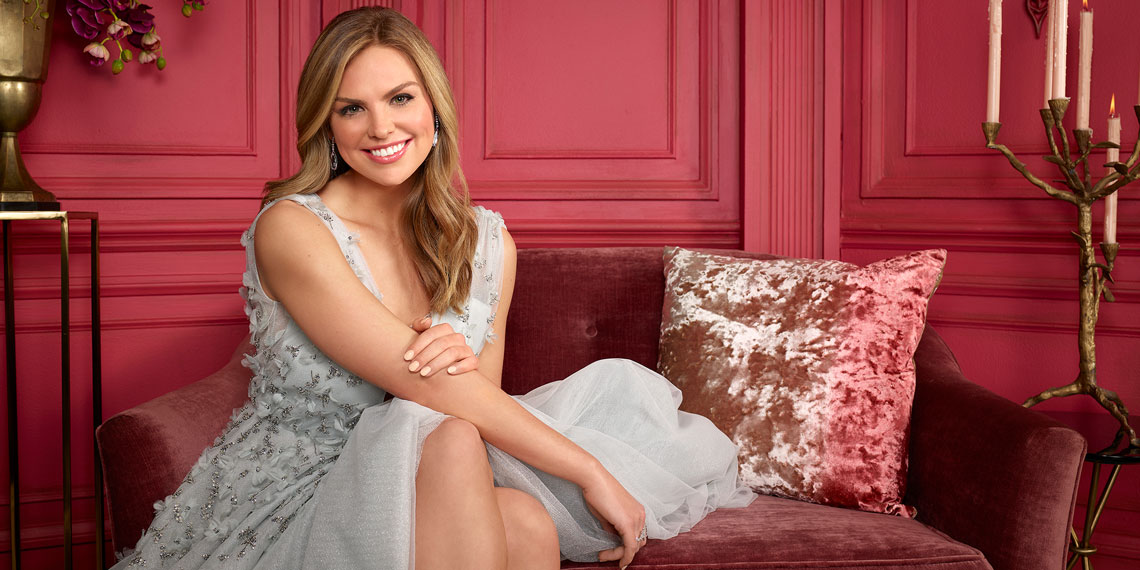 Finally: Hannah’s Anxiety On ‘The Bachelorette’ Looks Just Like Mine

It’s certainly been a dramatic season of The Bachelorette so far—and unlike Chris Harrison, I’m not saying that with an ABC rep holding a gun to my head. Obviously, the first few weeks of The Bachelorette are always a little rough: you don’t know half the guys’ names, ABC is sending them on increasingly violent and messed-up group dates, and the Bachelorette is making out with 13 different guys, 10 of whom she’ll decide are disgusting within the week. All around, a stressful viewing experience. Last week’s episode, though, featured a (genuinely) unexpected twist: Hannah went to the hospital, and canceled her one-on-one with Connor S. This was the episode that made me believe Hannah would be an entertaining Bachelorette—and it’s also the episode that made me grateful to be watching a Bachelorette who struggles with anxiety.

Hannah has spoken out about her past with anxiety and depression before, most recently in conversation with The Hollywood Reporter. During her pageant days, her platform was mental health awareness: Hannah’s anxiety struggles had caused her to drop out of the pageant circuit previously, and she wanted to raise awareness for others going through similar issues. As someone who has also struggled with anxiety and depression, I was skeptical about how sincere Hannah was in all this. I’ve heard a lot of women claim to have anxiety and not really mean it—or at least, not mean it to the extent that they could relate to my experience.

Me @ people who think anxiety is a cute hobby:

My anxiety is a constant: a running list of concerns, what-ifs, and standards I’m not living up to, recited in a voice much meaner than my own. It’s also, as of the past few years, very physical: heart pounding, brain fogging panic attacks that feel like I’m floating above my body and having a heart attack at the same time. Or, when it feels like being sneaky: stomach problems. Chest pains. Trouble swallowing, or shallow breathing. Sometimes, the symptoms hit before I realize that I’m anxious—which, when they first started appearing a few years ago, made for a very confusing time at parties. Given that a lot of my anxiety is social (and that alcohol can trigger anxiety), I would often find myself trapped in the bathroom, pouring sweat and feeling my heart beat out of my chest after a few drinks. My body was registering the crowded room as a threat: and even though I really wanted to be a fun person out in the world, my anxiety and I weren’t always up for it.

I wish I could say I came up with a magic cure and never get those attacks anymore. But the best method I’ve come up with is limiting alcohol consumption and stressful social situations unless I know I’m in a good place with my anxiety. There are thousands of reasons I’ll never be on The Bachelor (not hot enough is #1), but among them is the fact that I know I’d be fighting an uphill battle with anxiety the whole time. I’ve been so impressed watching Hannah on both The Bachelor and The Bachelorette. I imagine she put a lot of work into her mental health before filming started, to make sure she was in a good place, and it shows.

That being said, I don’t know a single person with serious, chronic anxiety who would sail through an experience like filming The Bachelorette without suffering some setbacks, and it means a lot to me that Hannah isn’t pretending she is. I obviously can’t say whether her hospital trip was related to an anxiety attack—Hannah herself may not even be sure what caused her to faint that morning. But given the way Hannah has talked about her anxiety, and what I’m seeing on screen, it sure feels like the first legitimate representation of anxiety I’ve seen on a Bachelor franchise in a long time.

Not only did Hannah suffer a health scare a few weeks into her season, she also re-scheduled her one-on-one as a chill date in her hotel room. As someone with anxiety, I can tell you that my relationship with my current boyfriend would not exist if he weren’t up for those dates once in a while. (Embarrassingly) early on, I have memories of getting overwhelmed at bars or house parties, or waking up feeling shaky from aftershocks I couldn’t quite place. We got to know each other sitting on my couch, with me apologizing for not being up for more. Seeing that play out with Hannah and Connor warmed my heart, and made me feel seen in a way no Bachelorette—with their constant energy for outdoor sports and ability to drink all night without missing a beat—ever has.

For the record, this level of dancing skill also made me feel seen:

Again, (I am probably legally obligated to say) I have no idea whether Hannah’s physical ailments resulted from her anxiety. But she’s said she wants to use her time on The Bachelorette to raise awareness about anxiety issues, and this part of her journey makes me feel like she’s succeeding. One of the biggest hurdles that people with anxiety face is that idea that it’s “all in your head:” and even though that shouldn’t disqualify something as a medical ailment, it’s also simply not true for a huge number of people who suffer from anxiety. I hope Hannah goes on to address the physical side of anxiety outright while she has America’s attention, and that her journey continues to show the challenges of anxiety in a realistic way. Maybe it’s a coincidence that Hannah is the first Bachelorette both to show symptoms of physical exhaustion and openly talk about her anxiety—but for people’s whose anxiety is felt that way, it won’t matter. It just feels nice to see a Bachelorette who can’t do everything she’s expected to, and still makes it work.