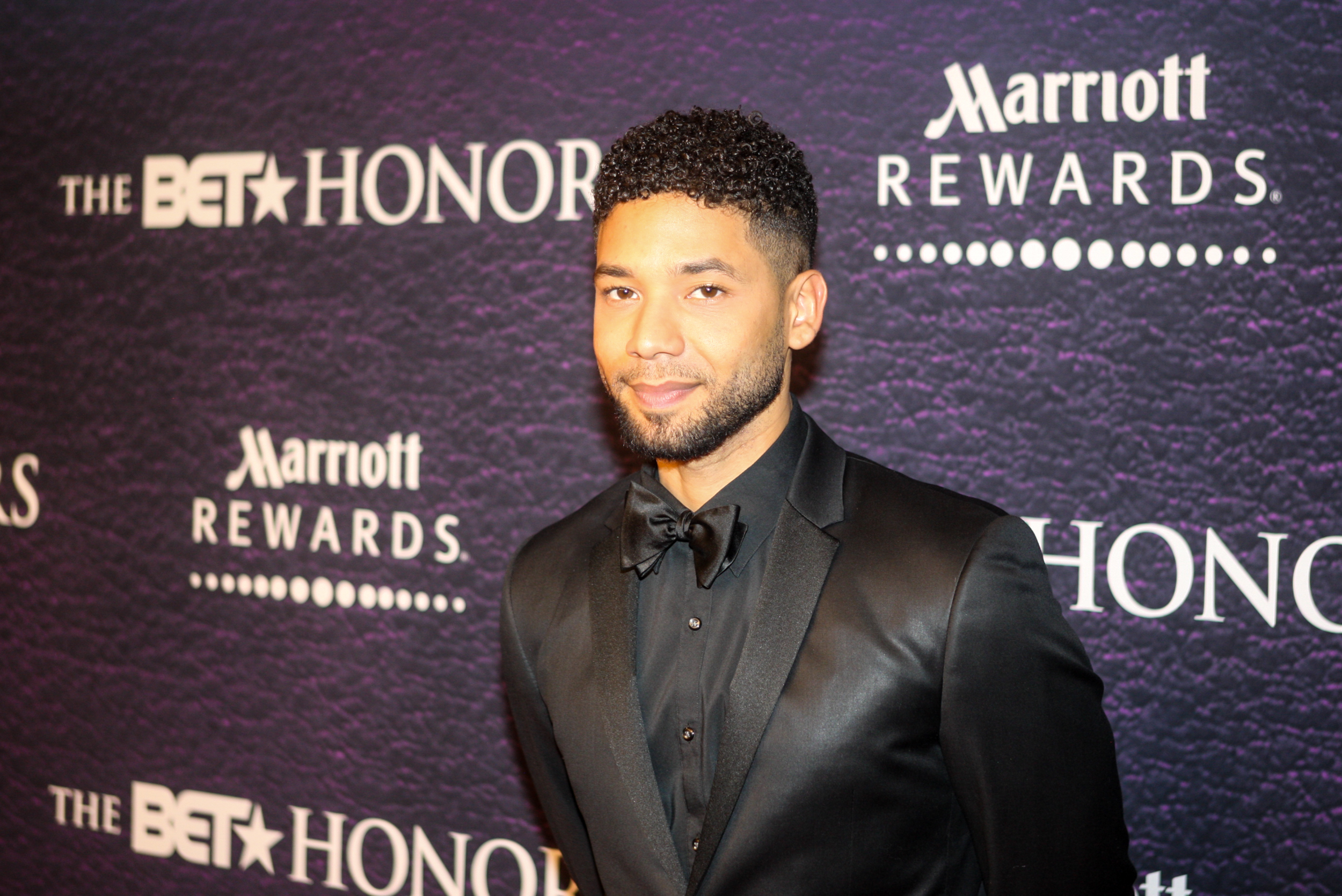 The fact that it’s 2019 and hate crimes are still happening is devastating to report, but “Empire” actor Jussie Smollett was brutally attacked yesterday morning. Smollett, 35, was reportedly just walking down the street (how dare he) in Chicago, when two people began to shout racist and homophobic slurs at the actor. Smollett plays a gay character on “Empire” and is openly gay in real life since coming out in an interview with Ellen DeGeneres in 2015.

The chief of Chicago police announced the attack to Twitter, where some trolls have already decided to diminish and question the truth of Smollett’s suffering.

Statement on #ChicagoPolice hate crime investigation. We are taking these allegations very seriously and encourage anyone with information to report anonymously to https://t.co/yYAqzcVIfu pic.twitter.com/DxipALHXaz

The attackers hit him in the face, reportedly shouted, “This is MAGA country,” poured an “unknown substance” all over him (which has been suspected to be bleach) and tied a rope around his neck. After the attack, Smollett went to an apartment where his manager called the police. Considering a crime brought about by hate and ignorance could happen to a celebrity is just further indication that hate crimes are still happening to regular people every day. Hate crimes are largely underreported and of the more than 7,100 recorded incidents spurned by prejudice in 2017, about 60% were attacks on race, ethnicity and ancestry while 16% were on sexual orientation.

Since the news has broken, many fans and celebrities have offered words of support for Smollett. Lee Daniels posted a video to Instagram emphasizing that he didn’t deserve this, and that America is better than this.

Cory Booker called the incident a “modern day lynching” on Twitter and pointed to an anti-lynching bill he worked on that you’d think would have been passed in like…1892 but whatever okay we’re just getting to it now. It’s also important to remember here that both of Smollett’s parents, Janet and Joel Smollett Jr., were Civil Rights activists.

To those in Congress who don’t feel the urgency to pass our Anti-Lynching bill designating lynching as a federal hate crime– I urge you to pay attention. https://t.co/EwXFxl5f2m

2020 candidate Kamala Harris also came out in support of Smollett, similarly calling the attack against Smollett a “modern day lynching,” as did fellow 2020 hopeful Kirsten Gillibrand.

.@JussieSmollett is one of the kindest, most gentle human beings I know. I’m praying for his quick recovery.

This was an attempted modern day lynching. No one should have to fear for their life because of their sexuality or color of their skin. We must confront this hate.

This is a sickening and outrageous attack, and horribly, it’s the latest of too many hate crimes against LGBTQ people and people of color. We are all responsible for condemning this behavior and every person who enables or normalizes it. Praying for Jussie and his family. https://t.co/eylvxhLT0u

President Trump has yet to comment on the attacks, because he was too busy tweeting stuff like this:

A low level staffer that I hardly knew named Cliff Sims wrote yet another boring book based on made up stories and fiction. He pretended to be an insider when in fact he was nothing more than a gofer. He signed a non-disclosure agreement. He is a mess!

In the celebrity world, many have come out in support of Smollett including comedian Kevin Hart, whose support is being criticized online in light of his recent homophobic tweets controversy.

Sending prayers your way @jussiesmollett ….This is unbelievably sad. Why are we going backwards….this is disgusting. We as people have to do better. WTF is going on the world???? Why are we falling in love with hate???? God damn it people….Choose love…I repeat…Choose love. I will forever choose love and I will continue to teach my kids how to do the same. Stand strong brother

While Hart is probably being genuine in his support of Smollett, attacks like this are an upsetting reminder that ignorant people are always listening, and if it seems ok for celebrities to use violence against the LGBT community for jokes online, others might see that as a green light to enact said violence in real life.

If you are the victim of a hate crime or want to help those who are VictimConnect, the Human Rights Campaign, and Hate Crime Help are available to help.