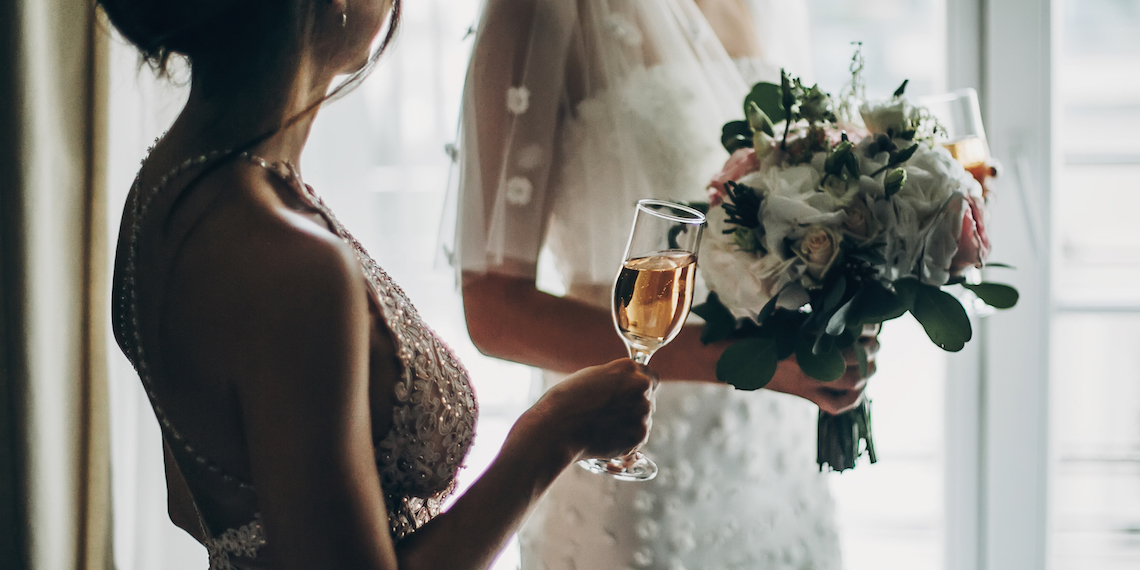 Did This Bridesmaid Get Kicked Out Of A Wedding For Having Cancer?

At this point, we’re all pretty accustomed to hearing crazy bridezilla stories. Whether it’s someone you’ve had to deal with in real life, or you just like reading about psycho brides on Reddit, we all love good wedding horror story. Well, the one we’ve got today might just top them all. When I first saw it, my jaw literally dropped, and I’m still not sure I’ve fully processed it.

This particularly story was posted in the subreddit r/bridezillas, and the title of the thread is an immediate sign that something went very wrong here: “I think I was kicked off the bridal party for refusing to wear a wig.”

Oh yikes. Before even knowing any of the context, you know this isn’t going to be good. Any story that involves someone telling a woman what to do with her hair or appearance in general usually doesn’t end well, and when a wig is involved? You just know sh*t is about to hit the fan.

Here’s how the story starts:

I am very good friends with the bride to be, lets call her Karen for simplicity. She got engaged about 1.5 years ago and immediately asked me to be a bridesmaid which I was thrilled about (she was my maid of honor for context). To make a long story short I got some real bad news in the past year and had to undergo radiation and chemotherapy. I don’t want to go into details about this because its still very traumatic for me. My hair fell out and I am recovering but my hair is still very short.

Wow. Okay, so Karen and the person who posted (let’s call her Jessica) were really close, so it seems like a total no-brainer for Jessica to be a bridesmaid. The medical situation is incredibly unfortunate, but luckily she came out the other side.

I have also been very active in the survivor community and have been involved in fund raising and public speaking.Karen has been super supportive through all of this. She is a nurse and it has been nice to have someone with medical background to chat about some of this issues about this.

Okay, so not only have Karen and Jessica been super close in the past, but it seems like Karen has been a pretty good friend during the whole cancer ordeal. That’s why the rest of this story is so shocking. When Karen invited her friend out for a celebratory day, things seemed to be going well, until they really weren’t.

At the end of the day she takes me to a special hair salon which specializes in high quality wigs. I am a little taken aback by this because Karen knows that a lot of the work I have been involves psychological treatment in cancer patients and avoiding the shame associated with hair loss for instance. I politely go through the appointment and even try on some wigs although I was quite upset honestly. I politely decline when she offers to pick one out and try to forget the whole ordeal.

What the f*ck? What kind of friend would do this, especially when they know exactly what the other person has been through for the past year? Of course, anyone is welcome to choose whether or not to wear a wig, but Jessica had clearly made her preference known. Dealing with hair loss is a deeply personal issue, so this isn’t the type of thing that should ever be planned as a surprise.

This is where things get really shady:

So she calls me yesterday and tells me that I can’t be in the bridal party any longer because the minister stated there are too many people in the bridal party. This completely floors me because basically I am her number 2 girl after her sister (who she barely gets along with).

I’m sorry, but this is just not how weddings work. The post says that this is happening just two weeks before the wedding, which is wayyyy too late in the game to be making decisions about how many bridesmaids you can have. At this point, everyone’s already bought a dress and everything, so just suck it up and have one too many bridesmaids. And why would the minister even be thinking about something like this? Like, go pray or something.

I had my doubts about this excuse, and so did Jessica:

I call around and although some of the other bridesmaids are reluctant to tell me anything hint at the fact that Karen was worried about how the pictures are going to look with someone with a bald head. I was so upset, I tried to call her but she did not respond. I am thinking I am may not go to the wedding but want to make sure I am not overthinking this.

Hey girl, can I have Karen’s number? I just have some questions. Whatever the final reason was for Karen asking her friend not to be in the bridal party, it’s messed up that she was talking to the other bridesmaids about how the photos would look. Girl, you have an entire wedding to plan, so worry about something that matters.

That was the end of the original post, but then Jessica updated us after the finally got a hold of Karen. And it only gets worse.

She told me that it was definitely not because of my hair but because the minister was adamant that six maid of honors was too many. She went on to say that I have been really distant the past year and that I didn’t seem interested in helping her with the wedding which is why she decided to select me to be off the wedding party. She said she helped me a lot and that I’m not returning the favor by being a team player. She said that she knows I am going through a lot but that my personality “has changed” and that I’m not the friend she knows from childhood. I’m still conflicted but she brought up the wig again almost like if it wear it I can be back on the team. She didn’t actually say that but kind of a weird feeling I got.

I can smell bullsh*t a mile away, and Karen is so full of it. First of all, your friend had CANCER. Sorry if she didn’t have time to go to your wedding cake tasting in between her chemo appointments, isn’t she such a bitch?! Unless Jessica is leaving something important out, it really doesn’t seem like anything happened that was drastic enough to warrant being kicked out of a wedding two weeks beforehand. And by bringing up the wig again, Karen just digs her grave the full six feet under. Babe, if that truly wasn’t the reason, you wouldn’t even bring it up. Girl, bye.

Is this the craziest bridezilla story yet? Perhaps. It’s certainly one of the most personally hurtful. At the end of the Reddit post, she says she’s done with Karen, and that she won’t be attending the wedding. Given all that’s gone down, that seems like the right choice. Or maybe she should go just to sabotage the wedding? Idk, just an idea.