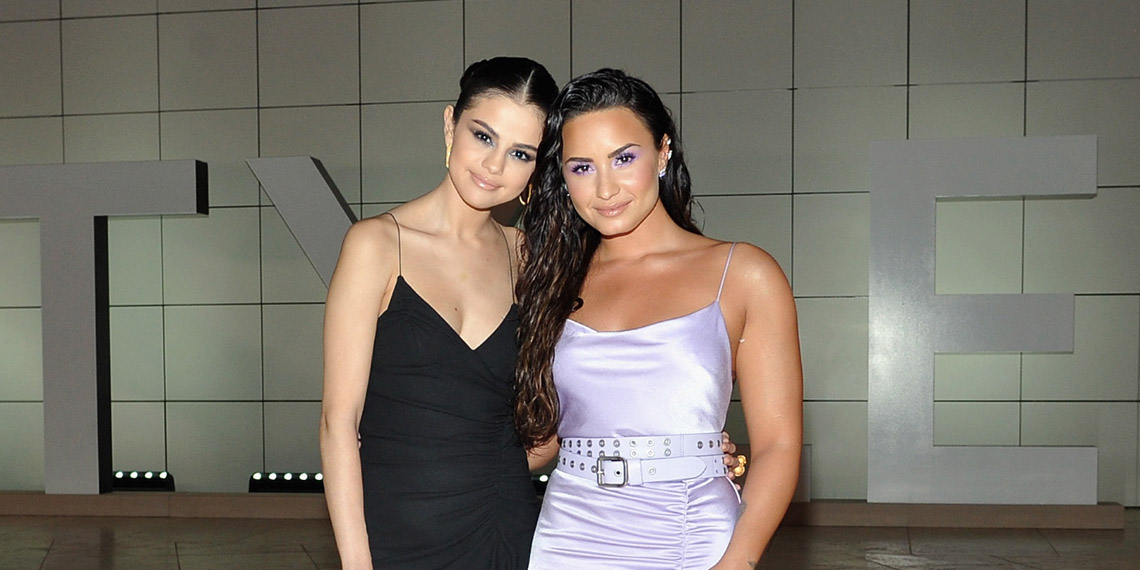 For basically my entire life, I’ve thought of Selena Gomez and Demi Lovato as best friends. They were both cast in Barney & Friends when they were just 10 years old, and from there, they rose up the ranks of the Disney Channel stars together. They each had their own TV shows, movies, and music careers, and even some moments of drama, but at least in my head, they were always still kind of a package deal. Well, all good things must come to an end, and apparently that includes Demi and Selena’s friendship.

In a new interview with Harper’s Bazaar, Demi gets candid about her current relationships with some of her past Disney colleagues and friends. Basically, the only person “from that era” that she still talks to is Miley Cyrus, saying that she “loves her to death and always will.” But the other Disney Channel kids? Not so much. She confirmed that she’s no longer in touch with the Jonas Brothers, but the most shocking revelation was that she and Selena are no longer friends.

Demi and Selena have gone through their ups and downs in the past, but now it seems like things are pretty much done. The subject came up when talking about Demi’s comeback performance at this year’s GRAMMY Awards. After 18 months out of the spotlight following her overdose in 2018, Demi returned on music’s biggest night with a powerful performance of her new song, “Anyone.” Pretty much everyone cried (or at least I did), and Demi received an immense amount of support across social media.

One particular message, from Selena Gomez on her Instagram story, received a ton of attention:

At the time, many outlets reported on Selena’s post, and the general tone was that she was being sweet and supportive. But based on what Demi said in her new interview, it seems like she had mixed feelings about the Insta story. She said “When you grow up with somebody, you’re always going to have love for them. But I’m not friends with her, so felt…” The author notes that Demi stopped herself there, before adding, “I will always have love for her, and I wish everybody nothing but the best.”

Funny, I have the distinct feeling that Demi was about to say something that would’ve made this whole situation a whole lot more shady. If something went down to really end their friendship, then I can imagine that Demi might see Selena’s post as fake, or thirsty, or just unnecessary. It’s nice for Demi to say she has love for her and wish her the best, but that’s how I talk about my college friends that I would literally never want to hang out with again.

While we don’t know the specifics behind Demi and Selena’s current non-friendship, this isn’t the first time we’ve gotten wind of issues between them. Way back in 2010, they drifted apart for the first time, and Selena’s new friendship with Taylor Swift was to blame. When a fan asked Demi how Selena was doing, she famously responded, “ask Taylor.” God, I love when some decade-old shade still slaps. Here’s the video, which was definitely shot on a RAZR, god bless.

They came back together after that period, but feud rumors flared up again in 2014, when Demi unfollowed Selena on Twitter and Instagram. There’s nothing better than controversy that’s based on social media following and unfollowing, truly. In an appearance on Watch What Happens Live, Demi (sort of) explained why she unfollowed Selena: “I think it’s just one of those things where people change and people grow apart.” I mean, there are people from high school that I will never talk to again but I still follow because it feels like the nice thing to do, but maybe I need to be pettier?

But Demi refollowed Selena the next year, and though they haven’t been super close publicly in the past few years, it’s been a long time since they’ve had any kind of drama in public. But of course, both Demi and Selena have been through major personal turmoil over the years, with tough breakups, physical health issues, and difficult struggles with mental health. I’d love to know specifically where things went wrong between them, but especially with everything they’ve had going on, sh*t happens.

So basically, we learned that Demi doesn’t talk to Selena Gomez, the Jonas Brothers, or her ex Wilmer Valderrama (I’m happy about this), but she loves Miley Cyrus, and in case you haven’t been on Instagram, she’s quarantining with her hot new boyfriend Max Ehrich. Much to process, but it seems like she’s doing well. Good for her, but also I need her to slide into my DMs and tell me what went down with Selena. I need tea!!!