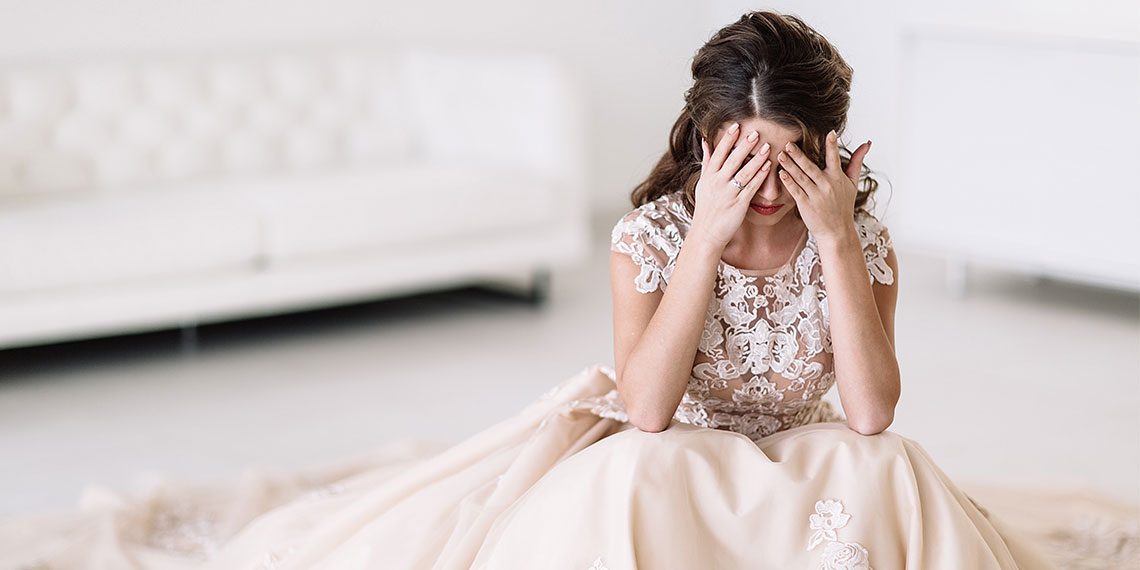 Crazy Wedding Story Of The Week: I Know For A Fact This Actually Happened

When we write these crazy wedding stories, I notice a lot of comments complaining that the story sounds fake. Okay, here’s the thing, guys. Unless I was physically f*cking there, how am I supposed to know if it’s fake? In fact, most of the crazier true stories sound the most fake. And if you don’t believe that people could really be as crazy as they sound in these stories, my advice to you is to hang out with more people. Seriously, people are f*cking batsh*t.

Now, I don’t go to that many weddings that have a total sh*t show happen for me to write about. Trust me, no one is more disappointed than I am. Weddings can be super boring, I would love if every one I went to had a disaster, Reddit-worthy story afterwards. But this story I’m about to tell you is 100% real. And I know this because my friend was in attendance at this wedding. So, you’re welcome, world.

We begin today’s fairytale wedding by torturing all the guests with a traditional Catholic mass. Look, I have nothing against Catholicism or mass, or whatever, but in my opinion, unless you’re certain that everyone at this wedding is a practicing, mass-going Catholic, it seems like cruel and unusual punishment to make someone sit through that entire thing just to attend your wedding. It is just way too long. And usually very dull. And the only snacks are that sad cracker that’s supposed to be the body of Christ.

A little backstory here: we like the groom, but his bride is The Devil, so we start the day off mostly just surprised she didn’t burst into flames upon entering the church. The groom might have been aware that he was going to make a big mistake, huge, with his nuptials (or maybe it’s the long-ass mass that send him over the edge?), but he was so frustrated/angry that he was screaming at members of his own family before and after the ceremony.

Tensions were already high because the bride and groom decided to get married on the hottest day of the year and everyone was miserable and sweating. For some reason, both the bride and groom didn’t think “hey, maybe we should like, provide water bottles to our poor, innocent bridal party and guests of people we supposedly love and care about.” So they were left sweltering through the mass/ceremony with no water until they arrived at the reception. The ceremony went fine and boring and whatevs, but somehow the groom forgot it was the happiest day of his life and verbally abused everyone in the limo on the way to the reception. But seriously, if you’re that stressed out about your wedding, maybe you need to rethink the whole marriage thing?

So my friend (and like, all the other guests) get to the reception to find that nothing is set up (doesn’t the venue have, like, guys for this?) and there is a THREE-HOUR GAP until it actually starts. (Why the bride and groom did not inform everyone of the gap, we will never know.) So everyone congregates around the hotel bar (thank god there’s a bar) for three hours to wait. The bridal party and the bride and groom’s family members and any sad sack friend in the vicinity, however, get roped into setting up the entire venue themselves. Again, where are the people who work at the venue? This has to have been someone’s job?

Meanwhile, the bride gets absolutely plastered, which is always the start of a really great sh*tshow. The reception eventually starts and everything goes fine until it’s time for speeches. But. The bride has now been drinking for one million hours, so she decides to give a speech (do the bride and groom usually give speeches? Isn’t that what vows are for?) vowing her undying love and passion for… her Maid of Honor. Not her new husband. Her MOH. Which really offended me, because I was MOH in a friend’s wedding last year, and she gave no such speech dedicating her undying love to me, so I guess we aren’t real friends, but whatever.

Here’s where the real fun starts. The bride has become such a blubbering, sloppy mess that her father has to physically remove her from the reception and put her in time-out in the bathroom. He then screams at her in the bathroom (and everyone could hear) that she’s humiliating him in front of his AA friends. He is a recovering alcoholic and all his sober buddies are in attendance. Yiiiiikes. Meanwhile, the groom is a stress ball and yelling at people left and right as well. So they’re just like, the loveliest, happiest couple you’ve ever seen.

I mean, at this point, I’d say just call it a night, but sadly, the story continues. The bride escapes from her bathroom prison and decides she needs to spend some time with her guests. What does spending time with guests mean to her, you ask? Wandering around and asking random people at her wedding whether or not they’re gay. Like, literally polling random guests on their sexual orientation. Why?? I will never know. She then told the groom’s aunt that if she “were gay, she’d f*ck” the aunt’s underage teenage daughter. Great way to welcome yourself into the family. Have I said yikes enough times yet?

Then later, the bride, somehow still standing, corners said cousin in the bathroom and attempts to grope her under her dress. This is where I’d chime in with a “haven’t you people ever heard of not trying to assault your underage wedding guests?!” Or like, maybe any wedding guests for that matter?

Luckily, no assault occurred, because the bride was removed from her own party by her dad carrying her out to the car.

And they lived happily ever after.

JK, I give it three years.