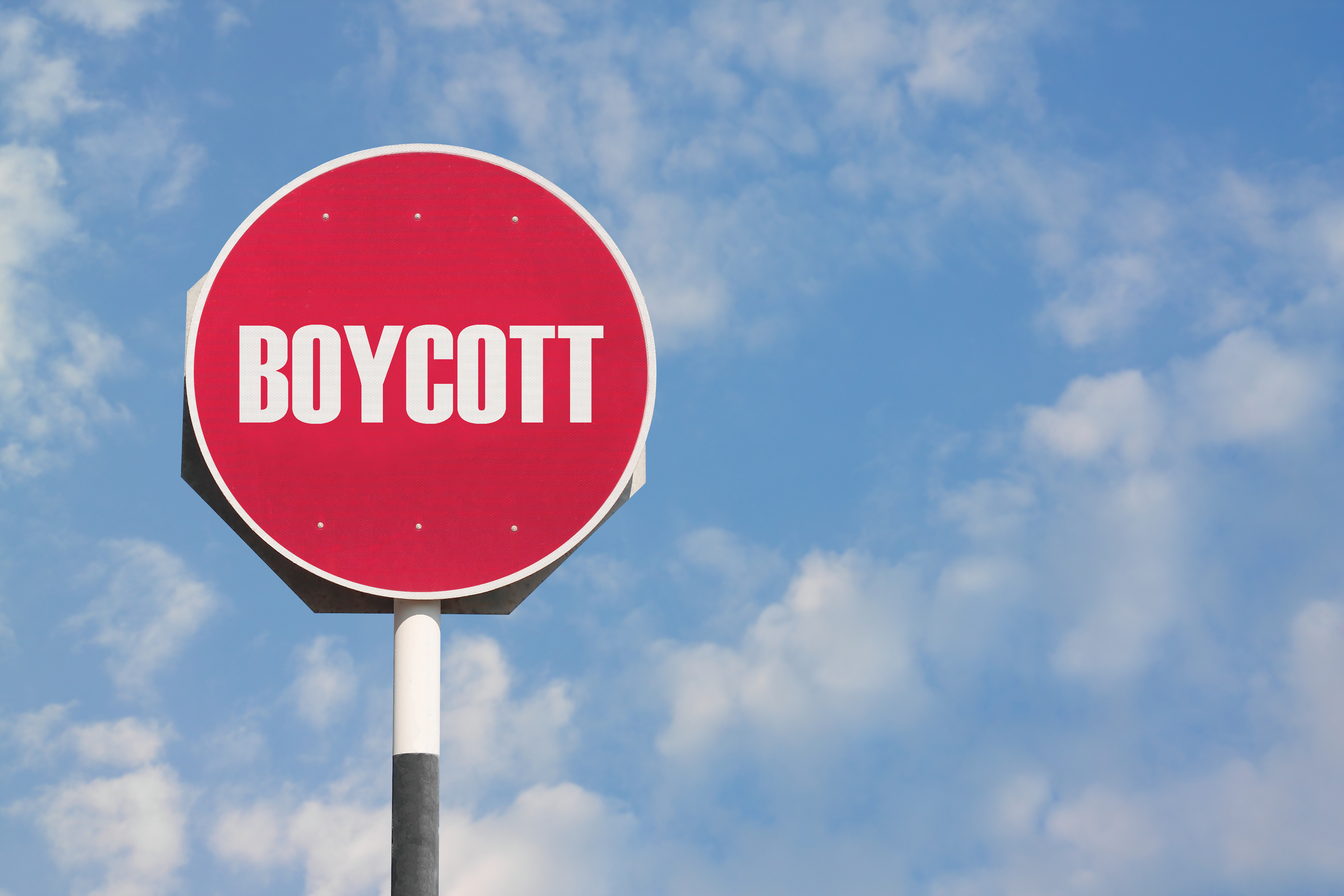 In the aftermath of the horrific Parkland school shooting, a number of U.S. companies are reconsidering the terms of their relationships with the NRA. The NRA is so not hot right now, seeing as literal children are dying and teens are asking for stricter gun control laws to help save lives, and the NRA is all like, “lol no.”

In short, companies are finally breaking up with the NRA. They’re cutting all ties in terms of co-branding, investments, and membership deals, and essentially telling the NRA, “you can’t sit with us.” Here’s a list of those companies, who — for the record — can sit with us.

Actual footage of companies cutting ties with the NRA

Both of these moving companies told the NRA that it was their time to move and GTFO of their houses.

Allied Van Lines no longer has an affiliate relationship with the NRA effective immediately. We have asked them to remove our listing from their benefits site.

northAmerican Van Lines no longer has an affiliate relationship with the NRA effective immediately. We have asked them to remove our listing from their benefits site.

Delta announced that they would no longer be giving the NRA discounted rates, and to keep their names out of their mouth. Okay, Delta, I will now *consider* forgiving you for all of my delayed flights.

Delta is reaching out to the NRA to let them know we will be ending their contract for discounted rates through our group travel program. We will be requesting that the NRA remove our information from their website.

The bank cut ties with the NRA after their customers warned them that the NRA was being a total dick and it was time to end it. The customer is always right, after all.

Customer feedback has caused us to review our relationship with the NRA. As a result, First National Bank of Omaha will not renew its contract with the National Rifle Association to issue the NRA Visa Card.

The pharmacy announced that it is working on having a friend break up with the NRA for them. Very reminiscent of a middle school dance where somebody ends up crying in the bathroom. Love it.

Thank you all for your feedback.

Paramount Rx issued the statement below.
“The prescription discount program that is made available to NRA members is offered through a third-party vendor. We are working with that vendor to discontinue the program and remove the offering.”

The airline followed Delta’s lead and took away discounted rates for NRA members and asked to no longer be associated with the NRA’s fuckery.

United is notifying the NRA that we will no longer offer a discounted rate to their annual meeting and we are asking that the NRA remove our information from their website.

The car rental announced the date for their divorce party. We fully support their choice to leave the NRA’s ass.

Thank you for contacting us! All three of our brands have ended the discount for NRA members. This change will be effective March 26. Thank you again for reaching out. Kind regards, Michael

Another one bites the dust.

We have notified the NRA that we are ending the NRA’s rental car discount program with Hertz.

The NRA is going to need to call their mom for a ride, because all of these car companies are totally ditching them.

Thanks for reaching out. Effective March 26, we will no longer provide the NRA member discount. ~Sam

Thanks for reaching out. Effective March 26, we will no longer provide the NRA member discount. ~Sam

The insurance company announced it will no longer offer discounts to NRA members. Welcome to the world of shitty health insurance, NRA members. So glad you could join us.

We value all our customers but have decided to end our discount program with the NRA.

The insurer announced that it’d be ending its relationship with the NRA, and a spokesperson claimed this decision had already been in the works. I guess now it’s *officially* over.

Another car company telling the NRA to fuck off. This is honestly starting to get sad. Lol jk, this is hilarious.

TrueCar is ending its car buying service relationship with the NRA effective February 28, 2018.

The home security company announced that it will no longer be in bed with the NRA. Wow, so sad.

The company that makes Norton Antivirus software realized that the NRA is the ultimate virus and called things off.

Symantec has stopped its discount program with the National Rifle Association.

The hotel company announced that they will no longer be associating with the NRA. Repeat after me, “I don’t know her.”

@iainjgrant Please know, Wyndham is no longer affiliated with the NRA.

Best Western showed everyone up by making it clear that they dumped the NRA’s sorry ass back in 2014. Okurr.

Best Western Hotels & Resorts does not have any affiliation with and is not a corporate partner of the National Rifle Association (NRA). Best Western ended any association with the NRA in 2014.

The hearing aid company has decided to end things with the NRA and focus on their career. You do you, boo.

We have made the decision not to renew our discount program with the NRA. We will be asking them to remove our information from their website. Our focus remains on bringing better hearing to people around the world in partnership with hearing professionals.

I would also like to point out that the majority of these companies broke up with the NRA via Twitter. Savage.