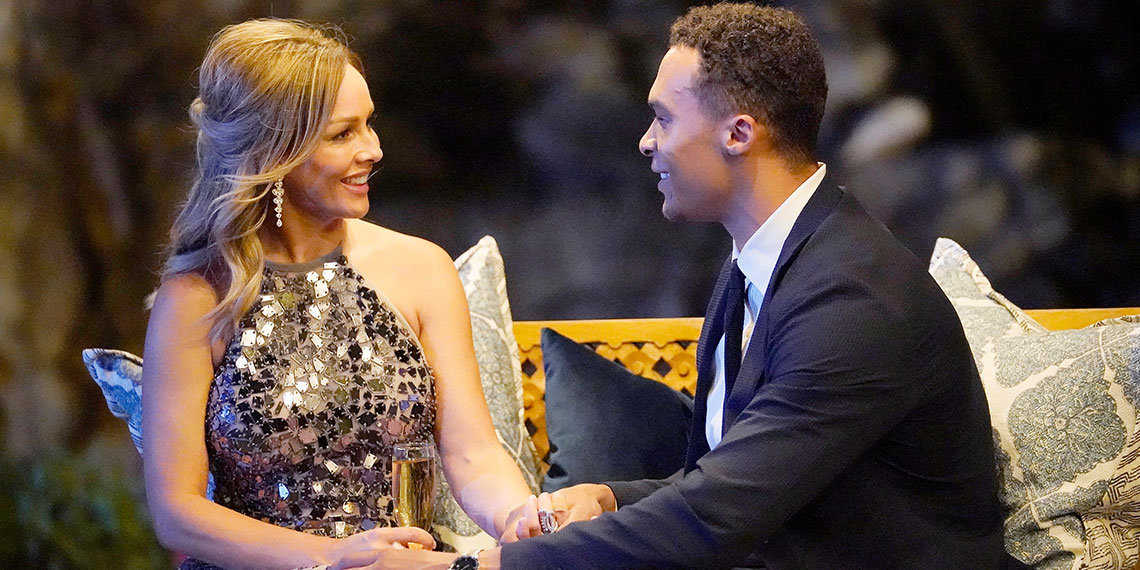 Clare And Dale Are House Hunting, And We Have Questions

As we’ve seen in the last month or so on The Bachelorette, Clare Crawley and Dale Moss are not like, the most calm or measured people in the world. After Chris Harrison’s hard-hitting exit interview on this week’s episode, these two soulmates won’t be gracing our television screens anymore (sad!), but did you really think they were just going to stop being extra? Seriously, did you? Of course not! This is Clare and Dale we’re talking about. Just two days ago, we watched Clare exclaim that she’s ready to have “BABIES!” with a man she’s only known for a few months, and these two aren’t just going to fade away now that Mike Fleiss is done with them.

On Wednesday, the happy couple did an exclusive interview with People, where they discussed some of their future plans together. Clare’s quotes about her fiancé are predictably upbeat—she calls him “the yin to my yang,” and says that this is the happiest she’s ever been. Likewise, Dale said that Clare “lights a fire in me that I was missing for so long.” Considering they got engaged after like, two weeks of knowing each other, nothing that surprising. In the article, they also discuss their current living situation, which is where things get interesting. While they haven’t moved in together yet, People says that they’re “house-hunting” in Sacramento, because Clare needs to be able to take care of her mother. Clare adds that “Dale understands and respects” that it’s important for her to be in California, and that “he told me, wherever we are, that’s home.” Great, so that’s settled; Sacramento it is!

But later in the day on Wednesday, The New York Post reported that Dale was spotted late last week “house-hunting” in New York City. Excuse me? Dale, WHAT IS THE TRUTH? According to the report, Dale toured properties with his broker, who just happens to be Ryan Serhant, star of Bravo’s Million Dollar Listing: New York. Hmm. How convenient that one reality star is showing properties to another reality star, and the details just happened to make their way to a tabloid! I hope Dale’s publicist is getting paid extra this week.

The report from the Post even included the details of one of the listings they toured, a Lower East Side apartment that’s priced at a casual $6.5 million. I’m sorry, but how do they have this kind of money? Dale never made it off the training squad in the NFL, and I’m pretty confident that Party City and diaper bag modeling gigs don’t pay seven figures. I’m not trying to be a hater, but I do not understand where this kind of budget is coming from. Serhant even gave a comment to the Post, saying that the apartment’s terrace makes it a good fit for Clare and Dale, because “they both really want outdoor space.” Uhhh, I want outdoor space too, but that doesn’t mean I’m suddenly a millionaire. This really will keep me up tonight.

But going back for a second, what happened to house-hunting in Sacramento? Maybe they’re trying to be bi-coastal, but am I supposed to believe that these two can afford a multimillion-dollar apartment in New York City, and then can also buy a property in California? Sorry, but I refuse. Nobody gets that rich from spending three days on TV. Do they? Actually, hold that thought—I have an application to fill out.

So I guess we’ll have to stay tuned to see where Clare and Dale end up. So far it looks like the choices are Sacramento, NYC, or broken up six months from now, but only time will tell. In the meantime, please join me in fully stanning Tayshia.