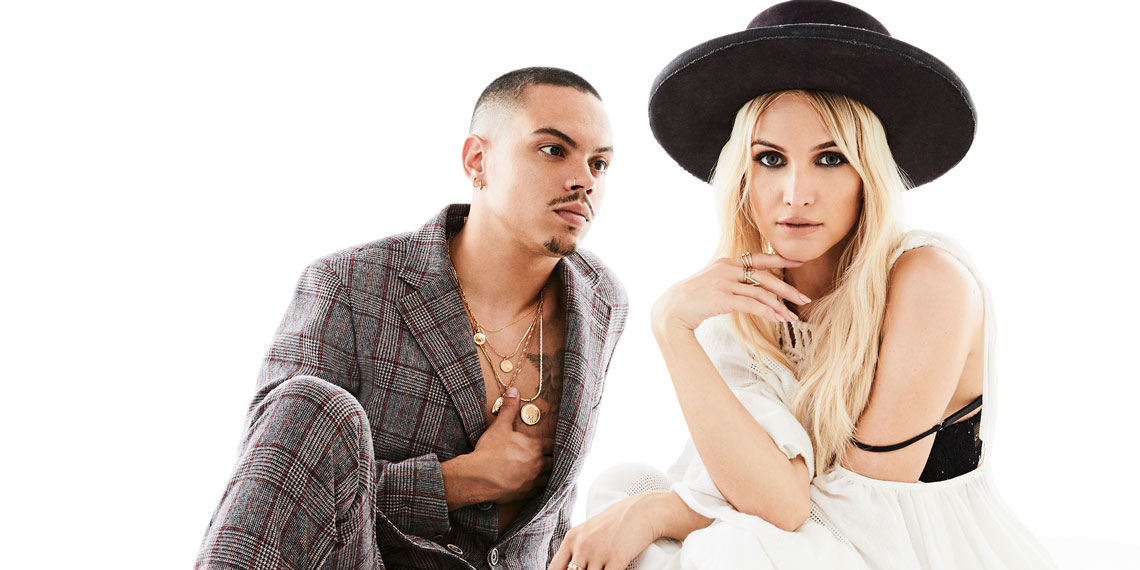 The 1990s and 2000s are BACK, everybody. Pretty much everyone and everything you loved as a preteen is back in style, and music is no exception. Ja Rule and Ashanti are working on an album, for one. For another, Ashlee Simpson is back in a big way. This time she’s not a solo act (so sadly we won’t get a “Pieces of Me” reprise), but she’s teamed up with her husband Evan Ross for a sound that’s a little more bluesy. For what it’s worth, I think Ashlee and Evan work better as a team (don’t @ me, 90s kids). Ashlee and Evan have released a new music video for their acoustic track, “I Do”, and you can check it out here at Betches basically before you can see it anywhere else. It’s a simple video, with just Ashlee and Evan singing. I know, groundbreaking, right? No storyline that makes no sense, no cheesy special effects, just musicians playing music in their music video. Mind. Blown.

Ashlee and Evan recently released an EP together, called Ashlee + Evan, consisting of six tracks in total. With the release of the “I Do” acoustic video, the husband and wife duo also announced they are going on a North American tour. It’s kicking off on January 7, 2019 and it will hit Washington DC, Atlanta, Nashville, Chicago, Dallas, San Francisco, and Los Angeles. Tickets are on sale now, and trust me, even though January 2019 seems like, years away, it’s going to come up sooner than you think.

Check out the video for “I Do” below and start blowing up your group chat to tell them Ashlee Simpson is going on tour.