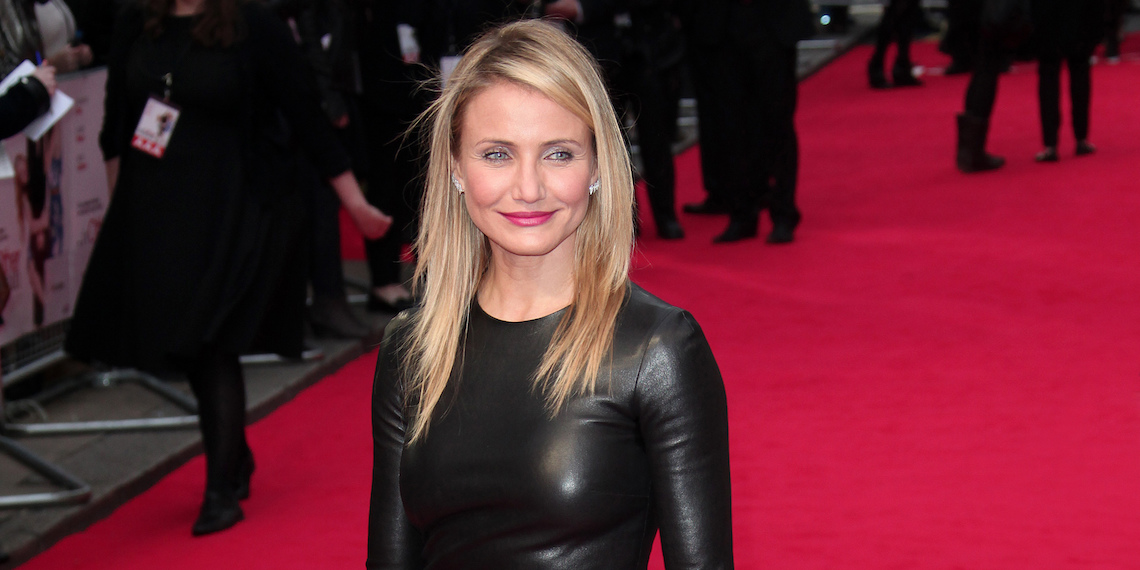 If you grew up  in the ’90s and 2000s, there’s a good chance that you loved Cameron Diaz. Whether you were big into rom-coms, or you preferred other movies for some reason, she really did it all. After her breakout role in 1997’s My Best Friend’s Wedding, Cameron Diaz spent more than a decade as one of the top-earning stars in Hollywood. I mean, it doesn’t get more iconic than the Shrek movies. But whether or not you’ve noticed, it’s been years since Cameron Diaz last made a movie.

A quick look at Cameron’s filmography shows that, up until 2014, she was booked and busy. She was making multiple movies a year, and she built up a net worth of over $100 million through her acting work and endorsement deals. But five years ago, after playing Miss Hannigan in the remake of Annie, Cameron Diaz completely fell off the map, with pretty much no explanation. In fact, it wasn’t until 2018 that we actually got any confirmation of her decision to leave acting behind.

Cameron seemed content to just disappear without a trace, but that didn’t mean her famous friends weren’t being asked about her. Last March, Selma Blair was asked in an interview if she would ever do a sequel to her 2002 movie The Sweetest Thing, which also starred Cameron Diaz and Christina Applegate. In response, she said that she “would have liked to do a sequel, but Cameron’s retired from acting, she’s like, ‘I’m done.'”

Wait…what? It’s one thing for Cameron Diaz to take a break from making movies for a few years, but…retired? Soon after, Diaz did an interview with Selma Blair and Christina Applegate about The Sweetest Thing, and she confirmed her retirement. When Applegate made a joke about being “semi-retired” and not working in years, Cameron responded that she is “actually retired.” Luckily, Christina Applegate is working again (god bless Dead To Me), but Cameron Diaz is staying retired for now.

Since her retirement in 2014, turned her attention to more low-key projects, like publishing her second book, about the science behind aging. She also married Benji Madden in 2015, which makes her and Nicole Richie sisters-in-law. Yeah, I’m gonna need an invite to that Thanksgiving ASAP. But Cameron’s interviews and appearances since 2014 have been few and far between, so it was a big moment when she reunited with her My Best Friend’s Wedding costars earlier this year.

So fun to spend the day with some of my Best Friends ???

While those photos were fun, and incredibly nostalgic, we still didn’t get to hear much from Cameron about where she’s at in life. Luckily, she recently sat down with InStyle‘s Laura Brown to talk about what she’s been up to, and if she’s ever coming back to the big screen.

On the reasoning behind her decision to step away from the spotlight, she got real about the toll that being famous for so long takes. “The way I look at it is that I’ve given more than half of my life to the public,” she said. “I feel it’s OK for me to take time for myself now to reorganize and choose how I want to come into the world. If I decide to.” Based on that, Cameron isn’t 100% ruling out a return to acting at some point, but it doesn’t sound like something that’s happening any time soon.

“I started [experiencing fame] when I was 22, so 25 years ago—that’s a long time. The way I look at it is that I’ve given more than half of my life to the public. I feel it’s OK for me to take time for myself now to reorganize and choose how I want to come [back] into the world. If I decide to,” @CameronDiaz says in our September issue. “You know, I think the 40s are the best decade. You just get to be real with yourself, and you can also make necessary changes because you have the experience of looking back on four decades. You get to let go of giving a shit about anything. It’s such a relief.” More on returning to the spotlight on her own terms at the link in bio. #InStyle25 | Photographed by @camillaarmbrust; Styled by @rebeccarams

Throughout the interview, she makes it clear that she’s happy to be out of the endless grind that comes with being a celebrity. “It’s fun to just not have anybody know what I’m up to. Because my time is all mine. I’m not selling any films, and because I’m not selling anything, I don’t have to give anybody anything. I’m not doing this anymore. I’m living my life.”

In her interview with InStyle, Cameron did tease some upcoming projects, though she said it’s “little too early to talk about them.” She did say that she loves Gwyneth Paltrow’s Goop and Nicole Richie’s House of Harlow, so it wouldn’t be surprising if Cameron branches more into the health and wellness space that she’s already explored with her books.

While I’m sad that Cameron Diaz won’t be participating in a sequel to The Holiday (her best movie, don’t @ me) in the near future, I’m glad that she’s living her best life now. Some people want to be famous for their whole lives, but it’s definitely not for everyone.