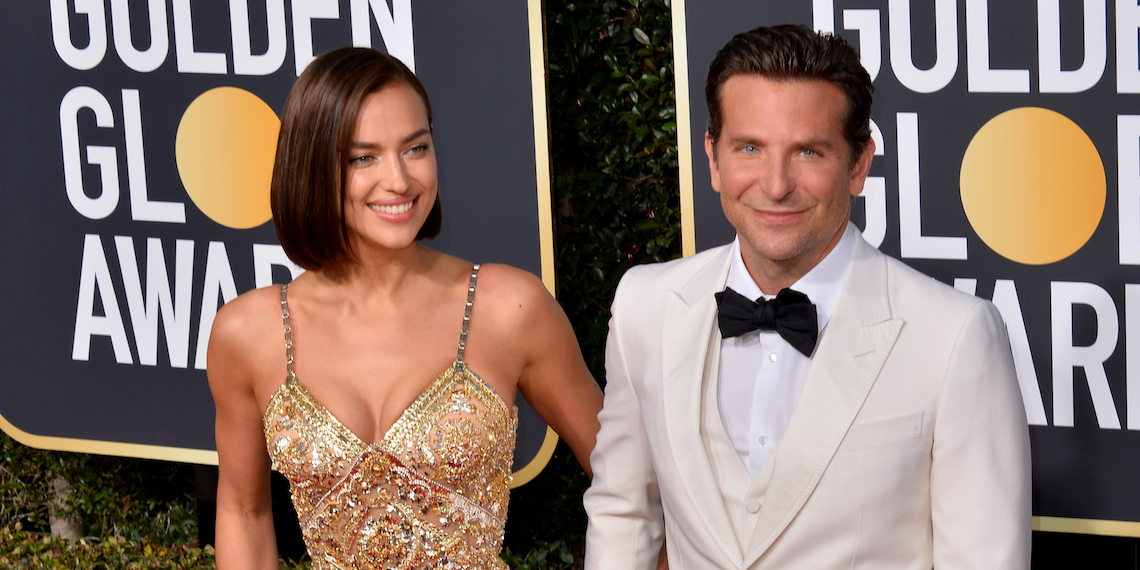 UPDATED 6/6 10:15pm: PEOPLE has confirmed that Bradley Cooper and Irina Shayk have broken up after four years of dating. They are reportedly “amicably working out how to share custody of their daughter Lea De Seine.” Their representatives did not respond to PEOPLE for comment.

Someone call Lady Gaga, because it looks like she might finally get her shot at Bradley Cooper. In the past week, rumors have been swirling around the internet that Bradley Cooper’s relationship with Irina Shayk may be on the rocks, months after all the speculation during awards season.

On Monday, Page Six published a report that quoted a source reportedly close to the couple, who said “Things are not good. Neither one is happy. The relationship is hanging by a thread.” Ouch. According to that same source, their relationship was mainly hanging on because of their daughter.

Today, another source told E! News that Bradley and Irina have been experimenting with spending periods of time apart. The common thread between all of these sources is that their daughter, Lea De Seine, seems to be the main reason they’re still together. “They’ve spent time apart to test the waters and see if they are better off. They have a lot invested, and it’s very difficult to completely walk away from. They are trying out different arrangements and trying to find their way. They love their little girl dearly and that’s not going to change no matter what.”

Indeed, the couple generated some conversation last month, when Irina Shayk attended the Met Gala without Bradley. Obviously, she can do things by herself if she wants, but last year she and Bradley walked the red carpet together. It would be hard not to notice these things.

I mean, it’s tough to know how much these anonymous sources actually know about the situation, but it seems like there’s a consensus that things, like, are not great for Bradley and Irina right now. Before you go bringing up your Bradley/Gaga conspiracy theories, though, apparently the two of them haven’t seen each other since the Oscars, and Lady Gaga has nothing to do with their current issues.

In fact, this week is far from the first time there have been rumors about a potential breakup for Bradley Cooper and Irina Shayk. Last October, Page Six also reported that they were experiencing issues, and Irina went on a trip to Ibiza without Bradley. Basically, it sounds like things haven’t been amazing between these two for a while now, and it’s really just a question of whether they’re going to stick it out for their daughter.

I won’t pretend to be an expert here, but I do have divorced parents, so I have some thoughts about this. If they’re really this unhappy, their daughter will be better off if they don’t stay together. She’s too young to remember anything now anyway, so why not just cut the cord before things get worse? Thank you for coming to my Ted Talk!!

For now, Lady Gaga is still focused on doing her show in Las Vegas, but I’m sure can sense in the air that there may be an opportunity coming for her to pounce on Bradley. We’re far from the shallow now!!!