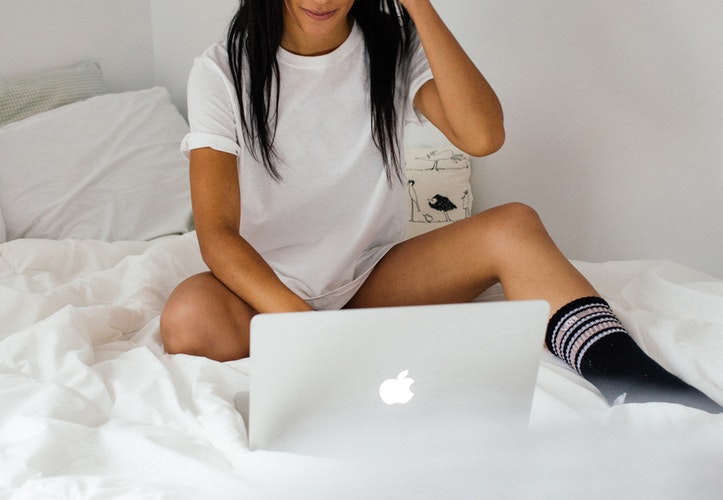 The Best TV Shows And Movies Coming To Netflix In May

Schools are almost out, and it’s time to relax and let loose. And by “let loose” I mean stay in on a Friday night for some Netflix and chill. There are some incredible original movies coming to the streaming platform this month, like Wine Country and Extremely Wicked, Shockingly Evil and Vile. Two totally different movie night-vibes there, but excited for both equally the same. I mean, a movie directed by Amy Poehler, and another starring Zac Efron? That’s pretty much all I could ever ask for in life! And from my streaming service nonetheless! Is that sad??? Maybe. Do I care??? Nope. So here are the TV shows and movies hitting Netflix this month that we’re most excited about, plus a few that we’re well, not so much.

If you’ve been getting out your DVDs or VHS tapes to watch your favorite Austin Powers movies, then you’re an idiot and very behind on the times. But, no need to beat yourself up, you can now sit back and relax because these iconic movies will be available on Netflix as of May 1st. And, as if people don’t overuse Austin Powers movie references enough, expect them to be in full force this summer with these two titles now available for streaming. Guess you could say it’s both a blessing and a curse.

When I first saw this movie title, I assumed it was some Netflix interpretation of Bringing Down The House, an iconic cinematic masterpiece that I’d be super on board for a revival of. Unfortunately, it’s not. And even more unfortunately, it’s a political documentary. Again, I’m not the ideal customer for this kind of sh*t, considering my tastes in entertainment are superficial and far from deep. But, for those of you with more complex taste than myself, this documentary documents (woah, imagine that) four progressive women who ran for Congress in the midterm election, and one candidate’s ultimate success in doing so. It’s said to be hopeful and inspiring, so maybe I will actually put a pause on re-watching old Vanderpump Rules episodes to give this one a shot. I mean, I could use some hope and inspiration from someone other than Tom Sandoval to get me through my week, so we’ll see.

Chasing Liberty is the epitome of a classic rom-com from the early 2000s. I mean, you have Mandy Moore at the height of her being Mandy Moore, playing the president’s daughter who can’t get the secret service off her back long enough to actually date boys. Tragic, right??? Tbh, idk if I’ve ever actually even seen this one, or if I’m just confusing it with that Disney channel movie with Hayden Panettiere that had basically the same exact plot. Either way, I now can’t get the song “My Date with the President’s Daughter” out of my head. Honestly, such a bop.

Like, if this isn’t the best movie ever for staying in bed all day hungover, then I don’t know what is. Everyone loves Wedding Crashers, and this classic comedy hits Netflix this May, just in time to cure your Memorial Day hangover. Thanks for thinking of us, Netflix!!! It almost negates the fact that you’re increasing your monthly fee. Almost. Then again, wtf do I care, I don’t pay for this. Shouts out to whoever is, though, I appreciate you!!

I’m going to be honest, this is one I’ll probably skip. I had actually never even heard of this movie so I asked my sister’s boyfriend, who is a TV and movie connoisseur, about it and his exact summary was, “it’s a SciFi movie with good actors and a cute love story.” And sorry, but like, ya lost me at “SciFi.” I’m a religious watcher of Keeping Up With The Kardashians, so needless to say, I’m not really a SciFi gal. But for those of you interested, it’s a Disney movie based on a book, and is about an ex-military captain who somehow randomly wakes up on Mars (talk about the Sunday scaries) and is now faced with saving a bunch of randos. I mean, talk about “I didn’t sign up for this sh*t.”

If you didn’t fall in love with Zac Efron as Troy Bolton in High School Musical, then you’re either too young or too old to be here rn. Stop what you’re doing and go watch this instant classic I think we can all agree that Zac Efron is a babe. And he has only gotten hotter with age. HOW?!?! And he’s going to be playing Ted Bundy, the infamous serial killing heartthrob??? Sign me up! I mean, in all seriousness, it’s kind of dangerous that he’s playing this character. It’s totally just going to further confuse hopeless romantics everywhere, making them believe that the serial killer-like tendencies of the guy they’re dating (but like actually, beyond just not texting you back for three days) are just something you can “fix.” Just kidding. But I will be excited to watch this.

So like, I don’t watch this show but maybe I should, because people are pretty hype for its return. Season 4 comes to Netflix this month, and like I just said before, people are stoked. Apparently, this show has some real stans because after it was canceled by Fox after season 3, fans campaigned for it to come back. I mean, just because something has passionate, loyal fans doesn’t mean it’s a winner *cough cough Donald Trump* but this show does look kind of good. And the lead guy is hot as sh*t, so that’s probs reason enough for me to give it a whirl.

Well, when you have a new movie starring half the adult cast of Mean Girls, you know you’re in store for a treat. Not to mention, it also has Maya Rudolph, Rachel Dratch, and Paula Pell. Plus, as if that star-studded cast isn’t enough, the whole thing is directed by Amy Poehler. Expect your Insta feed to be flooded with stories of girls having wine nights together to watch this movie. And no shade to them, cause I’ll be grabbing my gals and doing the same. I mean, the premise is a girl’s weekend, very basic plot line. And like, if the cast wasn’t so good, then it would probs be a movie I’d never see. But, with a cast of women who genuinely make me laugh with everything they do, I’ll have this in my queue the day it comes out.

Wanda Sykes’ first one hour Netflix special comes this month, titled “Wanda Sykes: Not Normal.” Apparently the special surrounds our current f*cked-up political and cultural climate. And considering how f*cked-up the world truly is right now, there’s no doubt in my mind Wanda will have some great jokes for us on the matter. Bring it on, Wanda.

This is a limited miniseries surrounding the wrongful conviction of five men of color over a female jogger who was beaten and raped. It’s based on the true story of the Central Park Five and documents the breakdown of our criminal justice system. Honestly, the trailer is chilling, and if that’s not enough reason to watch, recently admittedly guilty Felicity Huffman is a main character in the drama. And, she’s playing the assistant district attorney who presided over the case and was a huge contributor to the infamous f*ck-up. Ironic, I know.

There are tons of other popular titles on the list coming for May that I’ve heard of, yet haven’t seen. So if I didn’t mention your beloved movie or show (like, relax Hairspray stans) there’s no need to come for me. Feel free to utilize the comments section for good, and promote said movie or show that you clearly feel so irrationally passionate about. If that’s what helps you sleep at night, who am I to stop you?