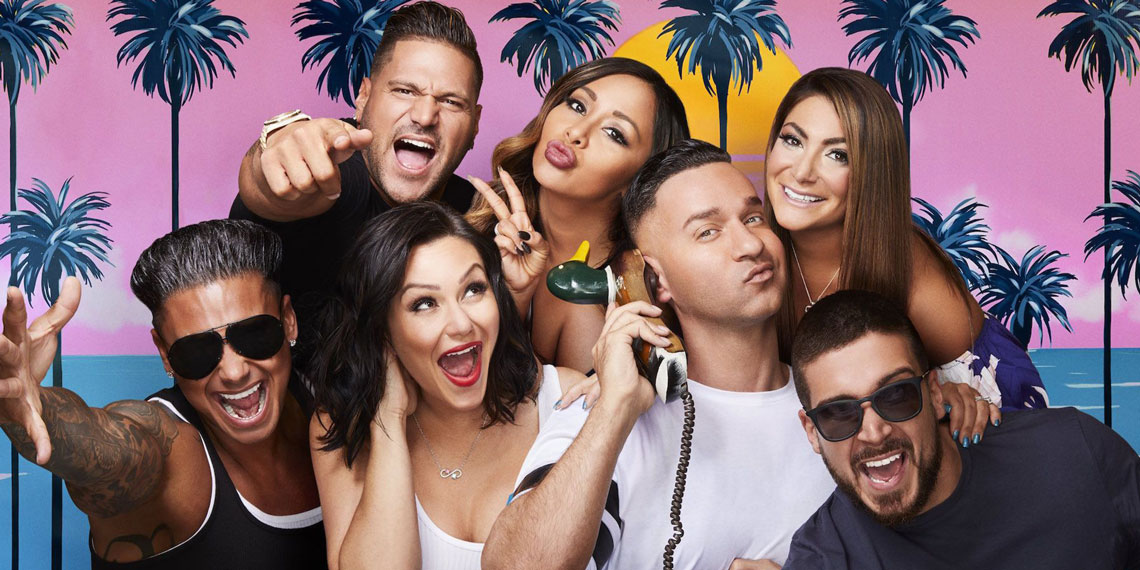 Can it even truly be summer without GTL and T-Shirt Time? After a six year hiatus, we finally got our favorite guidos back in Jersey Shore Family Vacation. But then, the season ended and my Thursdays have gotten significantly duller. Except we do have Floribama Shore, which is the kind of show I live for. BUT GUYS. It’s about to get so much better because Jersey Shore Family Vacation is back for season 2 on Thursdays this fall at 8/7c on MTV. Here’s a look at what happened last season to get you stoked af once the CABS ARE HERE.

Pauly brought a scary Sammi Sweetheart replica, complete with her catchphrases, perfect hair, and cold dead eyes. But although Scary Sammi was mostly abused by the cast, somehow her presence sent Ron over the edge. He admitted that he’s not that into Baby Mama Jen, he’s not over Sammi, and he wants her back. Yikes. If a doll could do all that, imagine if actual Sammi was here? (Producers. Make. It. Happen.)

Ron Tried To Cheat… A Lot

Speaking of Ron, much like with his relationship with Sam, he couldn’t handle being tied down in Miami. Through no fault of his own, the wind conspired against him and blew some random girls into his house, blew them into the bathroom, blew the door shut, and God knows what else was blown in there. There was no amount of salsa music that could excuse his behavior, resulting in Ron and Jen’s breakup after the show. Hopefully Ron will stay single for season 2 so he can fulfill his dreams of sleeping around without judgement.

Vin Tried To Save Some Strippers

Vin was also in the IFF last season (the I’m F*cked Foundation, if you’re new here). He tried to save a stripper, then told on himself to his girlfriend the Instagram model, then did some other sketchy sh*t, and told on himself again. Vinny, eat carbs, you’re not behaving like a normal person. At the advice of his mom, he told the Insta model to GTFO and is hopefully going to be single this season, too! Poor Pauly D just wasn’t the same without his friends smushing randos too.

Mike Got Engaged But Still May Go To Prison

Mike confessed his love to both Funfetti cake and also to his nice, generic blonde Lauren, because he got engaged. To Lauren. Not the cake. Mike is a totally different guy now without his booze, drugs, and girls, and it’s super weird watching him be the voice of reason amongst the group. If The Situation is the most stable one, wtf are you guys doing with your life? However, Mike still may go to prison, as his sentencing will happen this fall. He better go all out this season just in case! And by all out, I mean ALL THE SNACKS.

Deena is pregnant now, which means she won’t be drinking. Sober meatball seems like an oxymoron, however, Deena did spend most of last season falling on her ass and sobbing about her husband, so maybe sober will be a good look for her. Can’t wait in 20 years when it’s like Jersey Shore: The Kids Reunion where all their kids live in the same house and work at the same T-shirt shop. MTV, if you need me to write this for you, I do accept cash.

Angelina, Staten Island dump and dirty hamster, returned this past season to live up to her name. By live up to her name, I mean she shat her pants and then tried to show everyone the inside of her underwear. Will she be there the whole time? Has she learned basic hygiene? We’ll find out soon!

Can’t wait for Jersey Shore Family Vacation season 2 on Thursdays this fall at 8/7c on MTV. And make sure you check out my recaps!