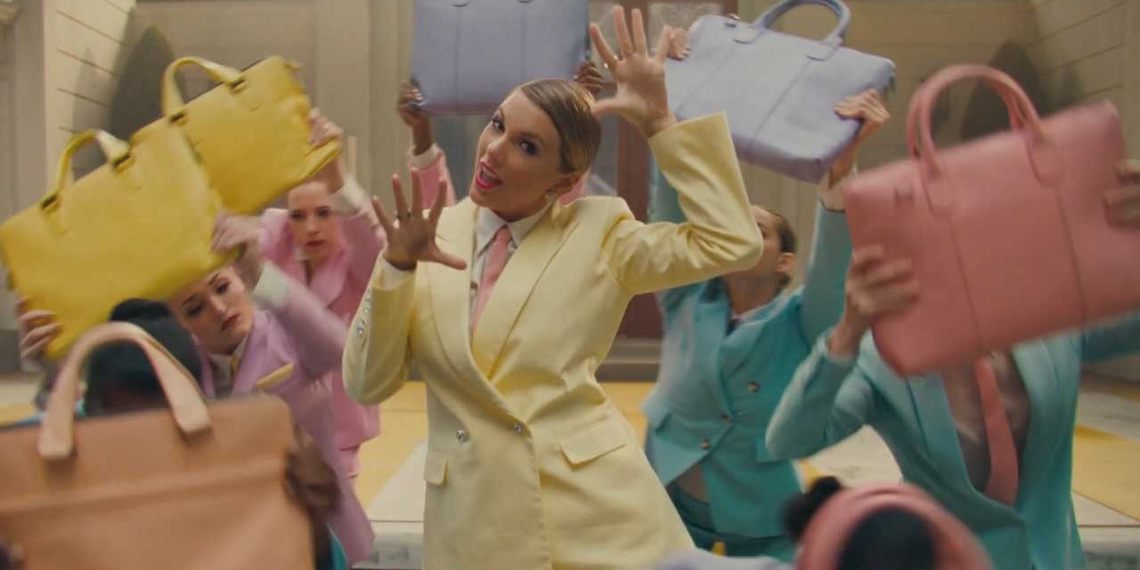 Are We Supposed To Like Taylor Swift’s New Song?

Over the past decade, I’ve had a fraught relationship with Taylor Swift. While I was openly critical of Taylor during her last album/era, I haven’t always had issues with her. Back in 2013, I was thrilled to attend Taylor’s Red Tour, and I have no problem admitting that I think most of her music is great. So when Taylor Swift started teasing her big new project, I was honestly excited. I wasn’t a fan of the Reputation era, but I was ready to start fresh with 2019 Taylor.

At midnight on Thursday, Taylor Swift released her new single and video, “ME!”, featuring Brendon Urie of Panic at the Disco. Brendon was a perfect choice, because he’s very talented, very hot, and most importantly, very fun. From what we know so far, that’s what new-new-Taylor (or new-old-Taylor, I can’t tell) is all about: FUN! The video for “ME!” begins with a snake exploding into a cloud of butterflies, signaling that the angst of Reputation is officially gone.

But other than convincing us that she’s ready to be bubbly again, I’m not sure I get what she’s going for with this song. Lyrically, it’s a pretty straightforward declaration about how great she is, with the most memorable lyric being “You can’t spell awesome without ME!” In the past, Taylor has written some really beautiful, moving lyrics, and these feel like elementary school poems in comparison.

ME! Out now! Made this song with @BrendonUrie and @iamJoelLittle. @Davemeyers and I co-directed the video. And everyone knows you can’t spell awesome without DAVEBRENDONJOEL. Oh wait…

While the song is definitely catchy, it feels like it was meant to play during the credits of an animated kids movie. The video, which was released at the same time as the song, only helps to drive this family-friendly vibe home. Taylor Swift and Brendon Urie are a couple arguing in French (why?), but then they go outside and everything turns into some kind of rainbow fantasy world, complete with hundreds of extras in penis-colored marching band outfits. The visuals really drive home the idea that old-new-Taylor is FUN!, and it is! The video is fun! Seeing Taylor Swift and Brendon Urie do their best Hairspray imitation is fun! Flying on umbrellas over the rooftops of Paris is fun! But that doesn’t take away the fact that this song is…baffling.

Like I said, it’s catchy, but then the whole thing gets derailed for the bridge, which starts with Taylor shouting “Hey kids, spelling is fun!” I’m sorry, but I am a grown-ass adult, and I don’t want a song on my Spotify playlist in which I’m being lectured about the joy of spelling. I left that sh*t behind in 4th grade, and I have no desire to go back.

Of course, “ME!” will most likely be a major hit, if only because Taylor Swift has some of the most dedicated fans in the world. The entire rollout strategy of this new era, from the months of clues on Instagram, to the YouTube livestream, feel designed to appeal mainly to the Taylor Swift diehards. In fact, she commented in the YouTube stream that the video contains a secret that she’s been keeping for months, which of course the fans are having a field day with. Right now, the top theory seems to be that she’s engaged to Joe Alwyn, because in the video, she turns down an engagement ring from Brendon Urie.

Taylor and Joe are engaged???? Is that the secret she's keeping for months? @taylorswift13 @taylornation13 pic.twitter.com/iDwqeC4B2v

Other theories include that the clock in the video is a hint about the album release (8/30, if you’re too lazy to look it up), that Taylor now has a third cat, and that there will be a Dixie Chicks collab on her new album. I’m super here for that third one, by the way.

I’m really hoping that this is another “Shake It Off” situation, where the first single from the album is kind of just a fun throwaway, but right now I don’t get what Taylor Swift is going for with this vibe. From this song/video, all I’m really getting is that she’s into rainbows and butterflies, but then the actual song is still just about how great she is. It’s a nicegirl anthem, with just the right amount of narcissism (she probably thinks of it as “self-love”). Maybe this has always been Taylor Swift’s brand, but it’d be nice to see a little more growth by now.

If you’re reading this and you love the song, that’s great. I don’t think it’s awful, I just don’t get what we’re supposed to do with it. I’m really not here to bash Taylor Swift, I just want her to explore her full potential (and give us iconic bops). Maybe her next song or the album will be more of a step forward, but for now, I guess we’ll just practice our spelling.