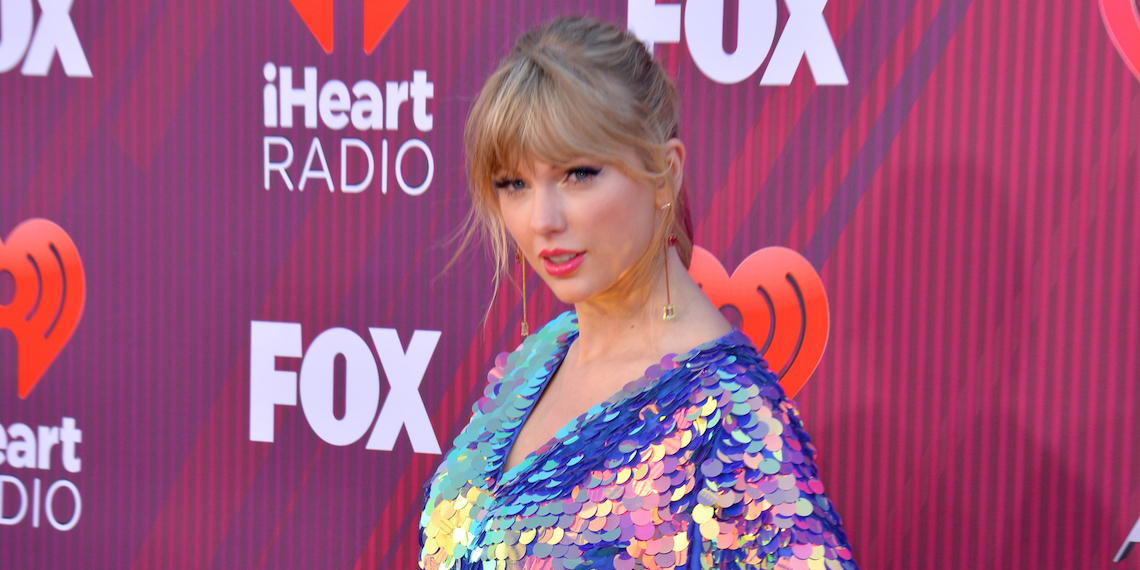 In case you deleted Instagram and threw your phone out a window a few weeks ago, I’ve got some news: Taylor Swift has been teasing something big. Over the past several weeks, she’s completely overhauled her Instagram aesthetic, and now she’s counting down to April 26th, which is this Friday. Taylor has kept things very mysterious about what’s coming, but now we’re only a couple days from finding out. In the past, I’ve been outspoken about my issues with Taylor Swift, but I’ll admit that I’m more than a little curious about what she’s up to this time.

Obviously, it seems extremely likely that this is all leading up to new music. Taylor Swift can be a shady bitch, but I don’t think she’s petty enough to tease her fans for two months just to drop a new perfume or something. That would really be brutal. Based on all of Taylor’s past album eras, it’s most likely that this Friday, she’ll be releasing the first single from her new album. Taylor has never been into the whole Beyoncé surprise album thing, so the chances are slim that we’ll be getting more than one song this week. According to the Taylor Swift stans on Reddit (doing the lord’s work), the best guess for an album release date is sometime in July, based on the schedule Taylor has followed in the past.

So, assuming we’re getting a new Taylor Swift song this week, let’s go through her Instagram, and talk about what to expect from Taylor’s impending seventh era (which would be her Neoproterozoic Era, if we were talking about geology).

Despite turning 30 later this year, it looks like Taylor has gone back to an aesthetic that would also work for decorating an 11-year-old girl’s bedroom. I’m not mad about it, I’m just kind of surprised, after the Reputation era was all about seeming as hardcore as possible. This time around, Taylor is all about rainbows, butterflies, and bright colors. At least the snakes are gone.

One of the first big moments of this new Taylor Swift era was the iHeartRadio Awards on March 14th, when Taylor wore a holographic romper covered in paillettes, and butterfly shoes. Taylor honestly looks amazing, and this outfit was just the beginning of new Taylor (which honestly just harks back to the old Taylor, who we thought was dead).

The Delicate video winning Video of the Year at @iheartradio awards has me feeling delicate ? ?: @presleyannphoto @gettyimages

After the iHeart Awards, Taylor took almost a month off from posting on Instagram, but then she came back with a vengeance on April 13th. That’s when she first started teasing the April 26th mystery, and she’s been pretty relentless since then. Based on the types of photos she’s been posting, I would imagine that her new music is in more of a pure pop direction, which I’m excited about. Her outfits and current hairstyle have drawn a lot of comparisons to Carly Rae Jepsen’s last album E∙MO∙TION, which is basically a perfect pop album, so I hope Taylor is going down this path.

Portland you were ?tonight- not sure what this move is but sticking with it #witnessthetour @katyperry [email protected]

On Tuesday night, Taylor Swift took a break from posting cryptic Instagrams and made an appearance at the TIME 100 Gala. As one of this year’s honorees, Taylor made a speech at the event, and even performed a few songs. Sadly though, she only performed past hits, without so much as a snippet of new music. While we all would have appreciated a sneak peek, obviously Taylor has planned this all too perfectly to let loose a minute too soon.

Her dress at the Gala, totally draped in pink and yellow silk, was perfectly in line with her 2019 aesthetic. While the dress is a little prom-but-make-it-fashion for my taste, Taylor really does look amazing.

At this point, we’re only about 36 hours away from new Taylor Swift music, and I’m ready to give her another chance to impress me this time around. I’m hoping for a glittering pop anthem that will lead us into summer on a high note, but will try to keep an open mind no matter what she releases. Are you excited for new Taylor Swift music? What do you think she has up her sleeve? Let me know in the comments!