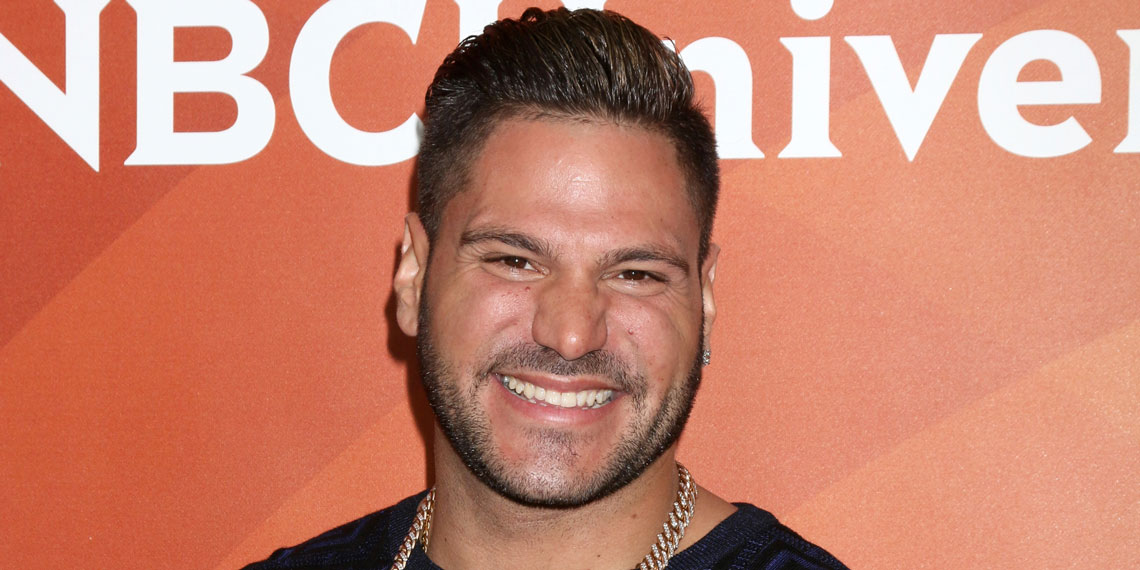 Are Ronnie And Jen Having Another Baby?

For about five minutes yesterday, I thought the world was ending. Why, you ask? Well because Ronnie Ortiz-Magro and the woman who dragged him from a moving car his girlfriend Jen Harley announced they were having another baby. Sort of. They both shared pictures of a pregnant Jen, which she captioned “baby bump debut,” and he captioned simply with the pregnant woman emoji, which is something I find disturbing enough on its own, let alone in reference to someone who should have been sterilized. I thought we had hit our limit for terrible sh*t that could happen in 2018, but Ronnie and Jen having another baby would put us over the limit.

So I started figuring out what I would write in this article other than “those f*cking morons” over and over again (I tried, but my editor said I couldn’t!), when it turns out the whole thing is a hoax! These are OLD pictures from the LAST time their unprotected sex resulted in an accidental child that they will irreparably damage and then not pay to send to a therapist. Jen adjusted her caption to clarify the whole thing.

BABY BUmp Pics !! #arianasky one year ago we shared we were pregnant with our baby girl ! We never posted these pics!! Enjoy! Sorry for the pregnancy confusion!! #happyholidays

Are you really sorry, though? Because if you didn’t want to confuse people, I’m pretty sure you would have said from the start that these pictures were from last year. Don’t play coy with me, tt_kittymeow. I see right through you. So what was the point of this? Did they want people to question their intelligence all over the internet? Perhaps they weren’t getting enough attention because it’s been a minute since they physically assaulted each other, and a pregnancy hoax was the only thing their little pea-sized brains could think of?

So, since they’re not pregnant (praise Jesus!), I’m going to use this article to BEG of them to never have another child. Just last week Ronnie was referring to a woman that he was willingly flirting with as a “Jewish Rag Doll.” I don’t even know what that means or how it is insulting, but I am OFFENDED. So sorry she tempted you into doing embarrassing things on TV when you have a girlfriend and a child, and no free will of your own, right? Always blame the woman!

And let’s be real, should the inventor of Ron-Ron Juice and a woman who was banned from Planet Hollywood really be rolling the dice by mixing their genes into another person? Ariana Sky will be lucky if she’s able to dodge the rage issues and alcoholism inherent in her DNA, but lightning doesn’t strike twice. To put it lightly, a second child would be… screwed.

Not only should these two not have another child, but they shouldn’t even be together as a couple. They should be separated by the law and many, many states. Maybe one of them should even move to Asia? I’m pretty sure they’ve only been dating like a year and a half and he’s managed to call her a hoe and threaten to show her sex tape to her 11-year-old son, and she’s accused him of being addicted to cocaine and then dragged him with a car while their child was in it. He had to get a sling! Those don’t look good on guidos! Normally these are things I would make up about people to make a story funnier, but sadly, every incident I’ve reported here is true. I’m actually glad I wrote this article because it’s reminded me that I’ve been meaning to call Child Services on them for a while. Brb.

So in summation, it is NOT true that Ronnie and Jen are having another baby right now, but I’m sure we’ll be reassessing next year. The holidays + lots of alcohol + hate sex = bundle of joy. So let’s all cherish this second child-free time while we can.