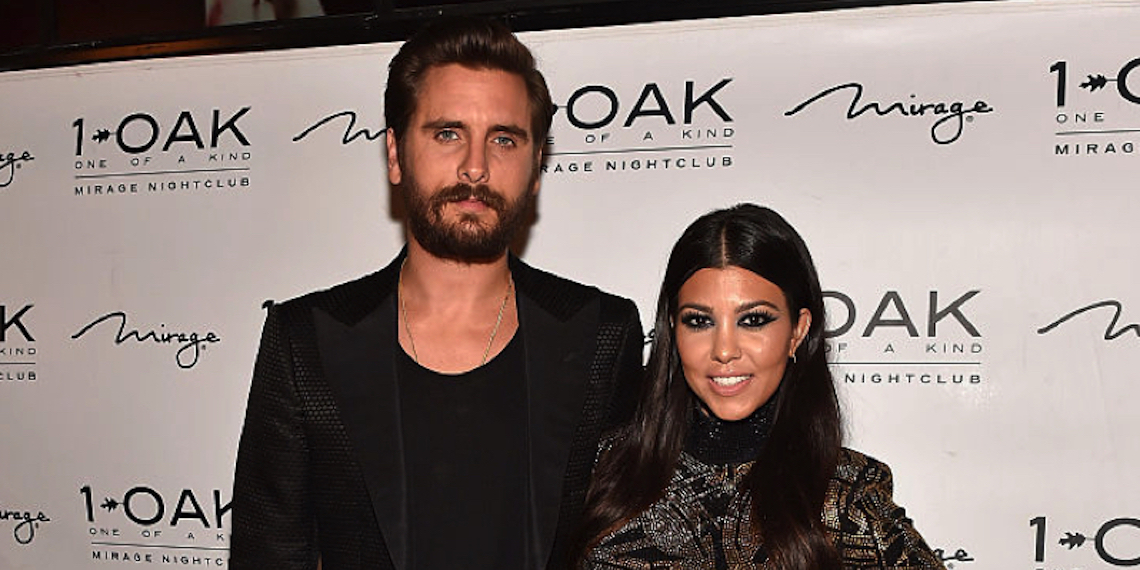 Another day, another excuse to watch Keeping Up With The Kardashians. Say what you will about the show and the family, but I simply can’t get enough. It’s nearly impossible for me to pick a favorite Kardashian family member, but I do have a soft spot for a few of them. Kris Jenner is probably my number-one, although, I’m not gonna lie, Kourtney Kardashian and Scott Disick are right up there with the momager herself. Actually, scratch that. Penelope wins. Hands down. Needless to say, this is what happens when Aries and Gemini become one – they make the most adorable children. Besides, I can’t be the only one who still has hope for Kourtney and Scott, right?

On that note, and in celebration of Kourtney’s 40th birthday, let’s take a closer look at Kourtney Kardashian and Scott Disick’s astrological compatibility, shall we? For starters, Kourt is an Aries powerhouse, and Scott is a mischievous Gemini. That in itself speaks volumes, considering the astrological elements fire and air are both masculine, and in harmony with one another. So, if this on-again-off-again couple’s sizzling chemistry has driven you crazy over the years, it’s no coincidence. We all feel it. However, that’s just scratching the surface, considering we’re only looking at their sun signs. It gets deeper.

On the dark side, Scott and Kourt have a number of differences, starting with their sense of security. According to Astrotheme, Kourt was born with her moon in pragmatic Capricorn, which means she comes across as cold and heartless, when in reality, she is simply repressing her emotions as a form of self-discipline. Capricorn is determined, traditional, and realistic, as the sign of the mystical goat will climb the mountain willingly, and without stopping.

Scott, however, was born with an adventurous moon in Sagittarius, as per Astrotheme. To top it off, his moon is conjunct Jupiter, Sagittarius’ ruler, which only intensifies his lust for life, and need to venture into unknown territory. See, Sagittarius is spontaneous, undaunted, and overly-optimistic. In other words, this energy couldn’t be more enthusiastic if it tried, hence Scott’s hysterical party monster moments on KUWTK. Kourtney, on the other hand, won’t have any of that!

Now, not to take the focus off our birthday girl Kourt, but if we actually consider the astrological facts, Sofia Richie is ten times more compatible with Scott, and for so many reasons. For starters, Geminis love what they can’t have, and I don’t doubt that Scott secretly digs the age difference between him and Sofia…but there’s more. Sofia was born with a Sagittarius ascendant, which just so happens to compliment Scott’s rambunctious moon-Jupiter conjunction. As a matter of fact, Scott’s moon conjuncts Sofia’s ascendant, which means they’re not only emotionally compatible, they’re also extremely in tune with each other’s needs.

Something else that caught my attention is that Sofia’s moon in harmony-loving Libra trines Scott’s sun-Mars conjunction in Gemini. This is some powerful synastry, and I’ll tell you why. In astrology, the moon is considered feminine, and the sun masculine, which would mean Sofia’s intuition naturally compliments Scott’s ego and spirit. Also, whenever there’s a moon-Mars synastry aspect, there is sexual compatibility, and for these two it’s double trouble: Sofia’s Mars in Leo trines Scott’s moon in Sagittarius, and Scott’s Mars in Gemini trines Sofia’s moon in Libra. Sounds utterly complex, I know, but I think their current relationship status speaks for itself, don’t you think?

What more can a guy ask for. THREE’S COMPANY

So while Scott and Kourtney have some pretty solid astrological compatibility, I wouldn’t expect them to get back together anytime soon, if ever. According to the stars, Scott and Sofia have a strong bond, and I’m not sure it would be wise for Kourtney to get in the middle of that. Either way, she’s looking amazing at 40, so she’s clearly got some good karma going.