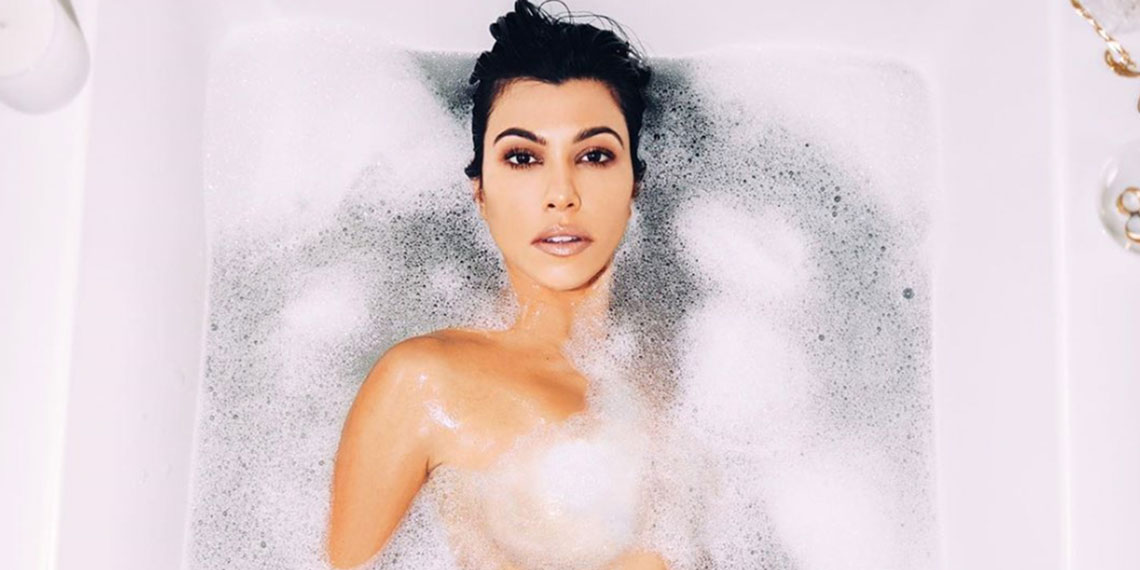 In my last celebrity Photoshop fail article, I mentioned that I could write an entire article just dedicated to Kardashian Photoshop fails. Guess what? HERE IT IS. And at the rate these women post such f*cked up pics, this will probably end up being a series. One thing is for sure: money cannot buy a basic understanding of human anatomy. Stay in school, kids. But my favorite ones aren’t even the ones done by their tragic Facetune apps. The worst of the worst are the ones done by supposed professionals in this field that really look at this images and say, “Yep, looks great!” Kris, I have a great gift idea for the whole family next Christmas: an elementary level book that explains the human body. Then maybe you guys will notice when a “pro” says, yes, some people do have six foot long femurs. Here are the most egregious Kardashian Photoshop fails that they thoroughly deserve to get roasted for.

Love yourself as deeply as you love them.

You’re not going to believe this. But I decided to do this article several days before Kourtney Kardashian gave us what might the strangest Photoshop work I have ever seen. It’s like the universe is trying to tell me that I’m on the right path by writing celebrity trash instead of the great American novel. I don’t even know how to begin with this photo, it’s that f*cked up. For those of you that did not go to art school, let me give you a little lesson in proportion.

Okay, first of all, that is definitely not the correct head for this photo. It’s almost the size of her ass, which we know in Kardashian world, is massive. A general proportion rule is that most people are 7.5x their head size tall. If Kourt was standing, her body would only be like 5x the size of this huge head. This artist would definitely have failed figure drawing. The neck also looks like Kourt is prepping for her audition to play the Bent Neck Lady in The Haunting of Hill House season 2. It’s waaaaay too long and not proportioned for the body at all.

But guess what guys? Those were the better done portions. It actually gets worse. There is a f*cking nipple on her wrist. Don’t believe me?

That is 100% a human nipple. What likely happened was that her nipples were visible in this photo (gasp—alert Instagram’s community guidelines!), so the photo retoucher cut it off and moved it out of the way instead of deleting it (why?), then filled in all the bubbles to hide it. Obviously he forgot about it because, well, there it is.

The best part of the whole photo is Kourt’s huge misshapen femur. It’s waaaay too long, too skinny, bulging at the knee, and my personal fav, MISSING A GIANT CHUNK. They’re trying to act like it’s just sitting in the water, but it just doesn’t match up. It’s like her leg was in a weird pose and the artist went, “no it’s cool guys, we’ll put it here at the bottom.” No, sir. NO. Apparently this photo is an ad for her new business, Poosh. What is she selling exactly? Wrist nipple jewelry? Also, Poosh is one of many nicknames I call my chubby bulldog. It’s just doesn’t sound like a sexy company name warranting a naked bath photo (but that is another issue).

A little crop goes a long way ? There’s a reason why our cropped skinny jeans are best sellers, shop this shape-enhancing style in sizes 00-24 now on goodamerican.com #goodsquad #goodwaist @khloekardashian

My new favorite of Khloé’s many, many Photoshop fails was in my last article, but this one for her clothing line Good American is awesome too. What’s wrong with this picture, children? I mean, it’s pretty good work. She looks gorgeous, her ass is gigantic, she looks really thin, etc. Except, the retouchers forgot one tiny thing. Look at the reflection. Khloé has put in many hard hours at the gym and her revenge body is on point. No need to lie to us about how thin you really are. Also, always remember to check reflections when you photo edit. Thank you for coming to my TED Talk.

Who hasn’t seen this pic? But it is a classic. Kim and Chyna’s asses are so big, that they’re actually warping the floors and doorways all around them through their own force field. I just like this idea that Kim looks at photos of herself and goes, “huh not thin enough, lemme just pull everything around in an app and that will fix it”  Kim thought she did such a good job that she did it A SECOND TIME:

Getting right for the new year

Kendall Jenner, supermodel, so skinny I’m worried that she’ll trip and fall and break straight in half, somehow does not think she’s skinny enough. She used the same tragic app that big sis Kim K thinks is Photoshop perfection to warp her walls and push in to make her stomach look thinner. Seriously, though, why? It’s a fact that no matter how skinny you are, everyone has rolls when they sit. Get over yourself, Kenny. Then, Kendall decided that what she really needs to do is post a closeup photo of her ass crack on Instagram.

Firstly, why? Secondly, It’s apparently also not good enough because she warped the walls behind her to once again make herself look thinner. I mean? If you’re unhappy with the photo, maybe there’s no need to post the ass shot to begin with?

Oh, Kylie. Kylie apparently hired the same retoucher who did the Poosh shoot for Kourtney, because once again, we have an absolutely gigantic femur! Please sir, go to art school. Her thigh is literally bigger than her entire body. Imagine how this creature would look standing up, like is she the f*cking Demogorgon? Unclear as to why this was at all necessary. I guess they thought her thigh was too big so they stretched it out and were like, “looks amazing”?

#ad Obsessed with my new @fashionnova jeans ?Get them at FashionNova.com ?

Kylie has so many Photoshop fails, it’s hard to choose just a couple. This one is really hilarious because it’s just so unnecessary. She’s supposedly advertising the jeans, but in order to give herself a Kim K ass, she’s stretched them out. Look at how large and uneven the pockets are! And the space between the pockets and belt loops. What kind of belt will you wear with those jeans, those early 2000 waist-cinchers that are four inches wide? All of it is a fail and makes the jeans—which is the reason for the ad—look all effed up.

If you think Kylie Jenner's Photoshop fail is bad, just wait until you see the other altered pics stars posted ? https://t.co/3BCgOO3MQ2 pic.twitter.com/oS6gdrBJMM

This is another Kar/Jenner classic. Kylie followed Kim and Kendall’s leads of magic wall warping apps to slice off a good portion of her legs. So glad the whole thigh gap thing ended, because this looks ridiculous.

BTW, I’m already at 1,100 words here, and I’m not even halfway through all the Kardashian Photoshop fails I found, not to mention, they keep posting more every day. Think before you Photoshop, people. Or at least hire a pro. Sorry, a pro that has a basic sense of anatomy, because WOW. Until next time!