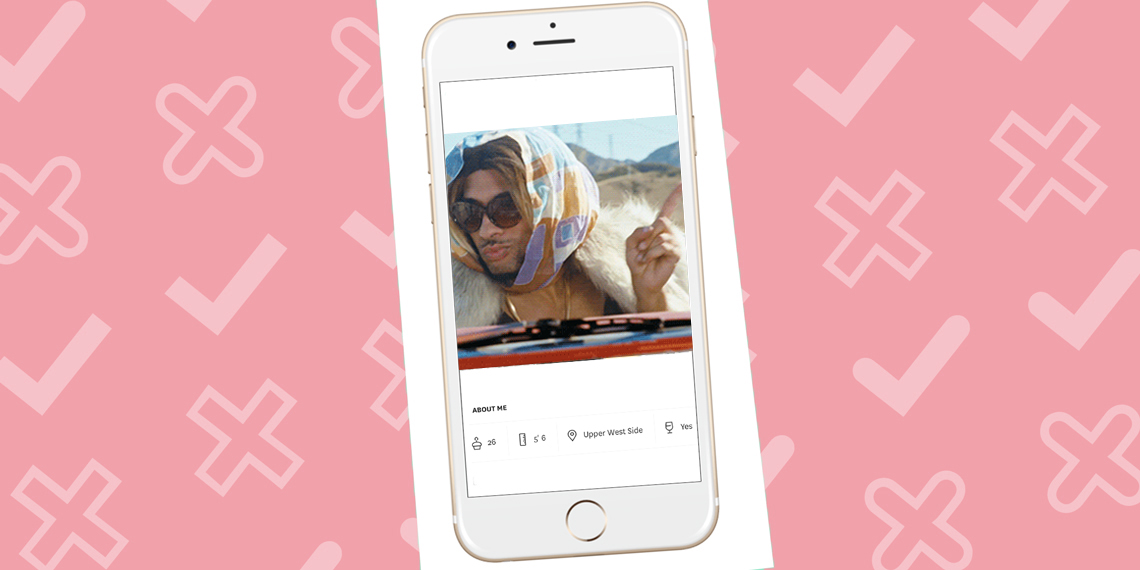 Okay, so, I’m about to take you on an emotional rollercoaster. Just as a head’s up, you’re about to regain and lose your faith in dating, the internet, and humanity all in one story.

Over the weekend, an innocent dude from Brooklyn got 50 shades of scammed by some betch on a swiping app. If you’re the kind of person who is spending your best years refreshing social media every 10 minutes until you see a post that makes you push slightly more air out of your nose than usual, you may have already seen this. If you actually have a life, or are one of those people who claim to be “bad at Twitter” (read: not funny), then I’ll fill you in. Basically, this guy matched with an Instagram model named Natasha on a swiping app, and she told him that she was busy so she’d hit him up again in a week, as you do when you have no intentions of actually meeting the guy. Only, she actually did follow up as promised, but the plans she made with him turned out to be the biggest scam since you all reposted that photo trying to win a red one piece. When Twitter user bvdhai showed up to meet Natasha, he realized that it was actually a Hunger Games-style mass date, and that every other guy that was there had been receiving the same exact messages that he’d been getting over the past week.

I am about to tell you an epic tale about subterfuge, dating in the 21st century and the fall of human civilization. This actually happened to me and it could happen to you too. Get some popcorn. *Thread*

Before I’d made my mind up about whether I totally hate this chick or think she’s smarter than whoever convinced sorority girls to start selling shampoo through their Instagram stories, another plot twist was revealed. The New York Post reported that the whole entire thing was actually just a marketing scheme that’s apparently going to be revealed on Thursday.

I genuinely can’t decide what I’m more upset over: the fact that the scam is actually just part of a bigger scam, or the fact that this is just proof that we cannot have nice things. Did I want a self-proclaimed “Instagram model” (with under 3k followers, mind you) to change the world with her revolutionary dating scam?  I mean, kind of! Meeting up with dozens of app dates in a well-lit, public space is prob the safest, most efficient way to date. Who wouldn’t want the ability to hop up on stage in front of a ton of people you found vaguely attractive on a dating app and be like “Yo, if you’re wearing cargo shorts, you’ve gotta go.” This sh*t could truly change everything. But I’m also sad AF that we can’t even put our faith into ridiculous Twitter threads anymore. If I didn’t already have trust issues, I def do now.

I have about a million questions, but there are two that really stand out. Like, did the guy who tweeted this thread know it was fake all along? And is this Natasha girl just trying to get enough followers to finally add a “swipe up” option to her IG stories? Probably times two.

This whole scam is definitely still developing, and I kind of wish that it will just never be revealed because I’m sure that any sh*t we can speculate will be better than the real thing. I want this to be a grand advertisement for like, a polygamist cult, but realistically it’s probably just going to be something way less interesting.

Do you love hearing about scams, cults, crime, and other sketchy sh*t? Get ready for a new Betches podcast, Not Another True Crime Podcast, launching October 1! Follow @natcpod on Instagram for more details.