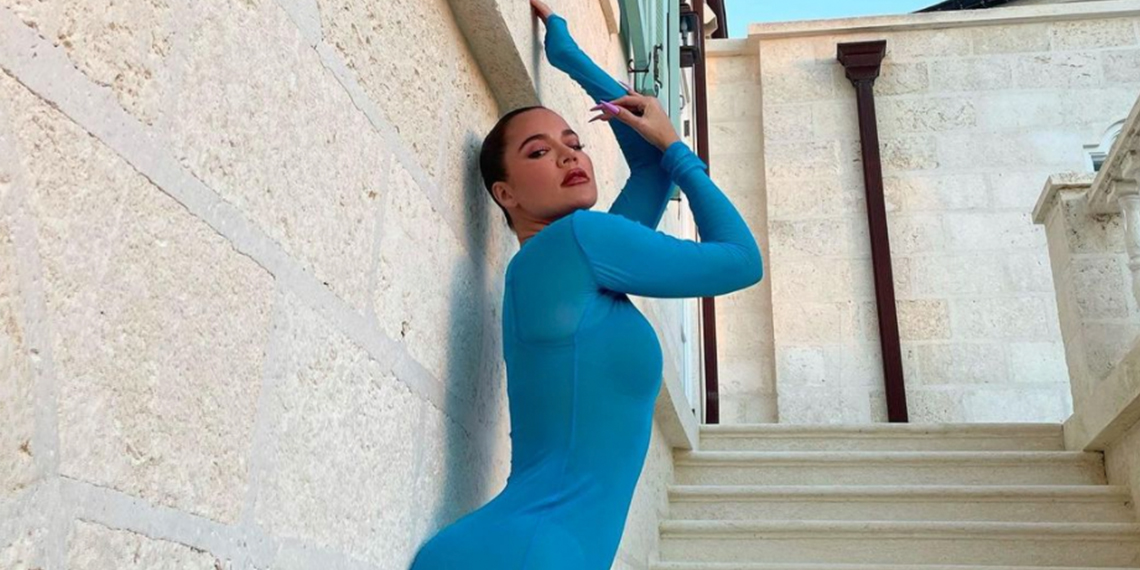 The other day, my friend showed me a picture of this girl we went to college with. Or, to explain it more accurately, my friend showed me a picture of a plastic blowup doll with enormous fox eyes and evil villain eyebrows and lips that even Kylie Jenner would probably describe as “too much”. She legitimately looked like a sex doll and Ursula from The Little Mermaid‘s love child. And this is what a very pretty, very human-looking girl we know is trying to pass as not only a photo of herself, but a photo of a real human being.

As much I as I wanted to laugh at the photo because it was so absurd, it actually made me feel really sad for her. The amount of fillers/Facetune she used to cover up her face really says it all about where her self-esteem is at. And why do so many women and men we know do this to themselves? Because we see celebrities and influencers do it. This is now somehow the bare minimum standard for women online.

Now, as we know, the people MOST to blame for singularly destroying the self-esteem of millions of normal bodied women (and men!) worldwide, are the Kardashian/Jenner clan. Who OF COURSE are at it again.

Khloé Kardashian decided to post a totally normal and anatomically plausible photo of herself posing on some totally normal, straight stairs to show off her hard work at the gym. #squats #gym4lyfe #goals. Oh wait, just kidding, she instead decided to once again completely Facetune/warp the sh*t out of her body to perpetuate the idea normal bodies aren’t good enough and we should all get plastic surgery and use photo editing apps. Sigh. Let’s just talk about everything that doesn’t make sense about this photo.

Soooo her ass sticks out so much that she somehow is able to prop herself up via her butt without any of her body touching the wall? Is that right? Her top half is turned more away from us so the rest of her (ass down) looks bigger in perspective. But it’s still just way too much. How would she able to walk with this thing? She would topple straight over.

Anatomy isn’t a huge issue when you’re a Kardashian, but damn girl, drop whatever yoga class you’ve been doing in quarantine because that is quite the spine bend. I mean, talk about scoliosis, are you in pain? Like, I used to belly dance and I’ve seen some crazy f*cked up backbends that women can do, but their regular spine while standing does not do a full almost-right angle. I mean. WTF?

I know, I know, body parts and organs are just not *sexy* anymore. But here’s a quick remember of everything that is supposed to fit inside Khloe’s four inch waist.

These kind of photo edits are scary, because everyone looks thinner in profile like this, especially angling the body away from the camera. However, it’s just a little TOO drastic to be believable. And even if we were going to pretend iT’s ThE aNgLeS, remember that angles are ALSO not real life. This is not what anyone looks like, unless they are starring in anime.

4. Stairs and Walls DO NOT BEND

This one is just for you guys that STILL like to pretend this isn’t edited. Depending on the angle of the camera, stairs and walls can have lines going at a diagonal, but it would be a STRAIGHT diagonal. You can hold a camera crooked, but it would not warp a solid structure unless you’re using a fish eye lens (which this clearly is not). It’s always sooo interesting to me that straight lines get conveniently wobbly just around the Kardashian Vortex. These lines tell us that the stairs and bricks WERE straight riiiiiight up until they get near Khloé’s waist and butt. INTERESTING.

I had to blow this up a bit for you to see it, but this is a telltale sign the photo has been tampered with QUITE a bit.

The blue shadow is fine, that’s just bouncing light, but the glowing blue edge around Khloé’s back and ass IS NOT. That comes from smudging the body around back and forth to achieve the desired silhouette. And look how curved those bricks are too. You’ll notice the blue glow is more severe on this spot, and only minimally on her front area/arms.

Khloé, you did the work, your body looks awesome, JUST LET IT GO. And stop making my weird friend from college feel so insecure about herself that she’s achieving super villain status. You are (unfortunately) some kind of role model to the rest of us, so DO BETTER.