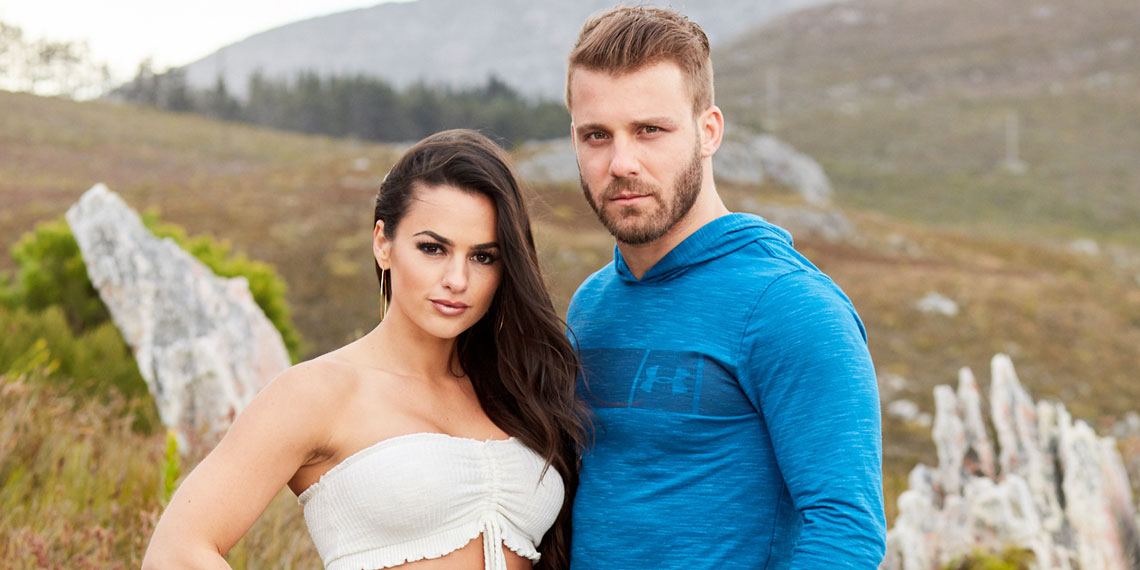 All The IRL Twitter Feuds From ‘The Challenge’ Happening Right Now

Have you all been watching The Challenge: Final Reckoning this season? The show is always insane, but this season the contestants are competing for a million dollars, which has caused everyone to lose the precious few brain cells they hadn’t already killed with alcohol and multiple concussions. It’s truly a delight to watch. We’re only three episodes in and two people have already been kicked off for fighting, there was one sensual application of sunscreen, and a rookie has made it clear he wants to smother the vets in their sleep he’s here to make moves.

Not only are the contestants literally coming for each other on the show, but they are also figuratively going for the jugular over Twitter. The lack of shame is simultaneously unbelievable, repulsive, and impressive. It’s like they don’t even care that they’re embarrassing their mothers. Now, I don’t use Twitter because it reveals human nature to be deeply disturbing. But, for all of you, I braved this internet cesspool to round up some of this week’s Challenge feuds. Pray for me.

I had to give Natalie her own category, because it seems like she’s pissing off everyone with a limited vocabulary and access to a keyboard.

Natalie and Shane are in a bit of a tiff because he called her out for being fake. WAIT. People on reality TV are fake?! You mean those aren’t Kylie’s real lips?! I am shook. To quote Shane on Natalie, “You are a user, user, user—sad pathetic, unable to handle criticism loser.” See what I mean about limited vocabulary? Also, it seems like he’s stealing his Twitter insults from someone who runs the free world and also needs his phone taken away from him, amirite? Ill-advised.

In retaliation, Natalie tweeted that she wasn’t being fake, she was just being nice. Shane came for that too.

Nat! You’re not nice to people you want to slap, you’re rude and ignore them-u act like they’re bullies and u use sympathy and whining to validate yourself. No one thinks your kindness is fake. Your nonstop whining and crying about being “shamed” and “harrassed” is. ???????? Over it pic.twitter.com/tKthdJEM3a

And finally, Natalie had enough of everyone’s favorite hair-plug truther and blocked Shane like I do to Bank of America everytime they call to remind me to pay my bill.

OMG SOMEONE CALL THE WAHMBULANCE – ???????????? waaahhhhh waaahhhhhhh waHhhhh I promise you if I kissed her ass non-stop or she could USE me (ie had more followers than her) she would have taken it all with an oh you. You don’t deserve my friendship snowFAKE pic.twitter.com/HeBRarcki5

Then Cara jumped into the fray because Natalie drove to her house, put a gun to her head, and forced her to defend her honor.

The problem is – is that I did like her. And actually have given her many more chances then she’s ever given me to be a real fucking human being deserving of my friendship. News flash – she’s undeserving. Now It’s about exposing the non-stop lies/fakery https://t.co/Fd5E63Y0F6

Zach also took a shot at Natalie this week, after she lost her second elimination of the season. FYI THERE HAVE ONLY BEEN TWO ELIMINATIONS THIS SEASON. And yet, Paulie and Natalie remain on the show like the cockroaches that will rule the world when we are all blown up in a nuclear war.

Our bud Zach over here is playing with fire, throwing out insults without running the spell check first. He deserves this clapback from Natalie. Never go against a former cheerleader when spelling simple words is on the line.

Britni and Chuck didn’t even make it into the Challenge house this season because she let him die a slow death suffocating in a coffin buried in the beautiful South African earth. Actually, they just sucked at the challenge—that’s just an idea for you there, Britni. But, it seems in the 30 seconds they spent on the show together,  Kyle decided that Chuck was a pretty cool dude and he couldn’t wait to see him on the next challenge. Hey, I can certainly decide I hate someone in 30 seconds, so who am I to judge?

Kyle don’t make me put you on my list of people to send booking next season. You know I’m only getting stronger ????????

Naturally, this pissed Britni off, because one season of twerking on her ex is more than enough for her. It seems Kyle has made a new enemy, so he better watch out, or next season Britni is coming for him. Well, once she figures out how to put on pants. But then he’s really screwed!!

I saved the best for last. As we saw in this week’s episode, Paulie told Brad that Chuck and Britni hooked up, just like he told them he would. This reminds me of when I was in college and my best friend would announce that we were ordering pizza that night before we had even started drinking. Just too damn excited about the secret plan to keep your mouth shut for a second. Be cool!

Brad wasn’t the only one pissed about this revelation. It didn’t seem to sit well with Chuck’s girlfriend at home either.

Is it really tho?? I’m @MTV_Chuckalodon girlfriend. Clearly you give no fucks but just so you know deep inside, you single handedly caused me to have one of the worst weeks of my entire life while he was gone filming & your cute little lie spread to my inbox. ???????? @ChallengeMTV

Oh, honey! I’m so sorry you had a hard week. I hope you made it through! If I had known I would have brought you a bottle of wine and a refreshing slap to the face. Luckily for you, Taylor, your boyfriend didn’t make it past the first challenge. So now he’s back and you can rest easy knowing that he’s definitely not cheating on you at all at home. For sure. He’s like SO faithful. Definitely doesn’t have multiple side pieces. A true gem! Enjoy your week!

And that’s what’s been going on on Twitter this week. I’m going to go wash my brain out with drain cleaner now. And you all should be sure to catch Marie’s savage recaps before next episode!