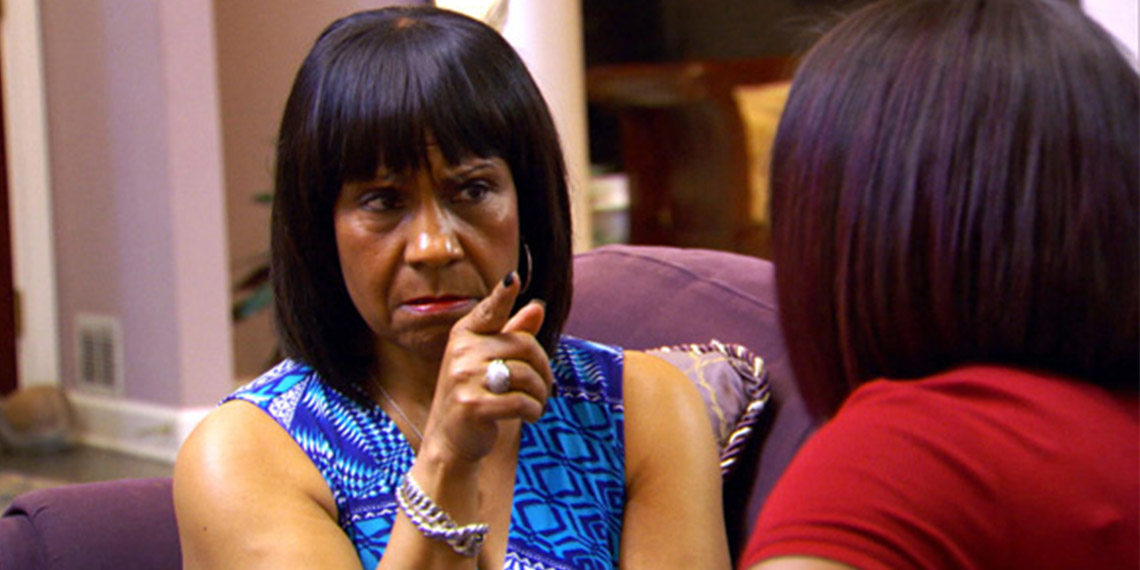 A Definitive Ranking Of The Most Iconic Moms Of ‘Real Housewives’

It’s no secret from my many articles on the subject that I’m a Bravoholic with an affinity for all things Real Housewives. And while I didn’t think my appreciation for these women could get any deeper, I’ve been especially thankful for them while battling bouts of boredom and anxiety in self-quarantine. In honor of Mother’s Day this Sunday, it’s only right that we pay tribute to the amazing women that not only gave life to our Housewives, but who have made a lasting impression in their own right while appearing onscreen.

Ms. Diane is an angel. She ranks this high on the list because she’s one of the most normal and seemingly sane mothers this franchise has ever seen. Her calm demeanor and unwavering support of Porsha through everything from the divorce from Kordell to the infidelities of The Hot Dog King is truly heartwarming. Porsha is one of the few lucky ones.

Lydia’s mom, Judy, made an immediate impression when she breezed her way into the OC from what seemed like another planet entirely. She sprinkled fairy dust on her grown daughter, smoked a ton of pot, and even managed to get into it with Vicki’s aggro son-in-law over having her feet on Vicki’s couch. In short, she was a lot more interesting memorable than Lydia.

Dr. Deb is what you would get if you swapped out Judy’s weed for acid and proceeded to have a really bad trip at Burning Man. When she first appeared on the show, Dr. Deb intrigued viewers with her multicolored dreadlocks and general IDGAF attitude. She really got into the mix last season at “OC Fashion Week” (I refuse to believe that’s a thing) by fighting with another attendant and allegedly using a racial slur. Clearly used to chaos, it’s no wonder Braunwyn decided to have seven kids.

Ms. Dorothy made an impression from the moment we met her in season 3. Between her monthly stays at the house she bought for with Candiace and Chris and her attempts to control every aspect of their wedding, this therapist seems to have a blind spot when it comes to respecting boundaries with her daughter. Last season she took this to another level by slapping Candiace upside the head with a purse. It be ya own mother.

When we first met Lois, she charmed us with her happy-go-lucky attitude and positive energy. Little did we know that this ray of sunshine nearly died after surviving an attack by a literal serial killer. And not only did she survive that, she also managed to sit through dinner while Camille defended Brett Kavanaugh and served us some epic facial expressions like this in the process:

As if Marge Jr. weren’t enough of a gift to the show when she was cast in season 8, we got the added bonus of Marge Sr. Dating well into her seventies and even admitting that she’s had sex in a cemetery, Marge Sr. is the Hungarian Samantha Jones. We have no choice but to stan.

Almost exactly one year ago, the world lost a legend. Mama Elsa was the indisputable star of the otherwise lackluster Real Housewives of Miami. With her strong Cuban accent, flair for drama, and witchy sensibilities, she stole every scene and gave us so many hilarious moments. The world was a wonder while she was here.

Regardless of whether Tinsley decides to return to RHONY, her mother Dale would be a welcome addition to the show. She never misses an opportunity to shade her own daughter, whether it’s pointing out to Tinsley that she’s wearing shoes designed by Tinsley’s ex-husband’s new wife, or implying that her relationship with Scott is doomed. And, of course, we can never forget her indulging Tinsley’s crazy and crying with her over Tinsley’s frozen eggs “babies” while Tinsley tries on wedding dresses despite not actually being engaged.

Speaking of women that take pleasure in shading the hell out of their spawn, no one does it like Mama Dee. Watching D’Andra squirm while asking her mom for more money to let her take over the business and Dee revel in the power dynamic is truly captivating television. Is this a healthy mother-daughter dynamic? No, but I really don’t give a dog’s rip.

Love her or hate her, Mama Joyce is the G.O.A.T. of outrageous Real Housewives moms. She never misses an opportunity to harass her son-in-law, whether it’s butchering the lyrics to “Ain’t No Mountain High Enough” to make a threat, or recounting a childhood trauma about a lunchbox to allude to her distrust of him. The thirst doesn’t stop there. She tried using a shoe as a weapon against Carmon during Kandi’s wedding dress shopping trip, and put on an actual trench coat to dig up dirt on Phaedra, giving us this iconic moment:

She may be a monster hellbent on destroying anyone that gets too close to her daughter’s money, but she’s given us some incredible moments in the process.

Whether you love them or hate them, there’s no denying that the moms on this list make for great TV. Which Real Housewives mom is your favorite? Let me know in the comments!