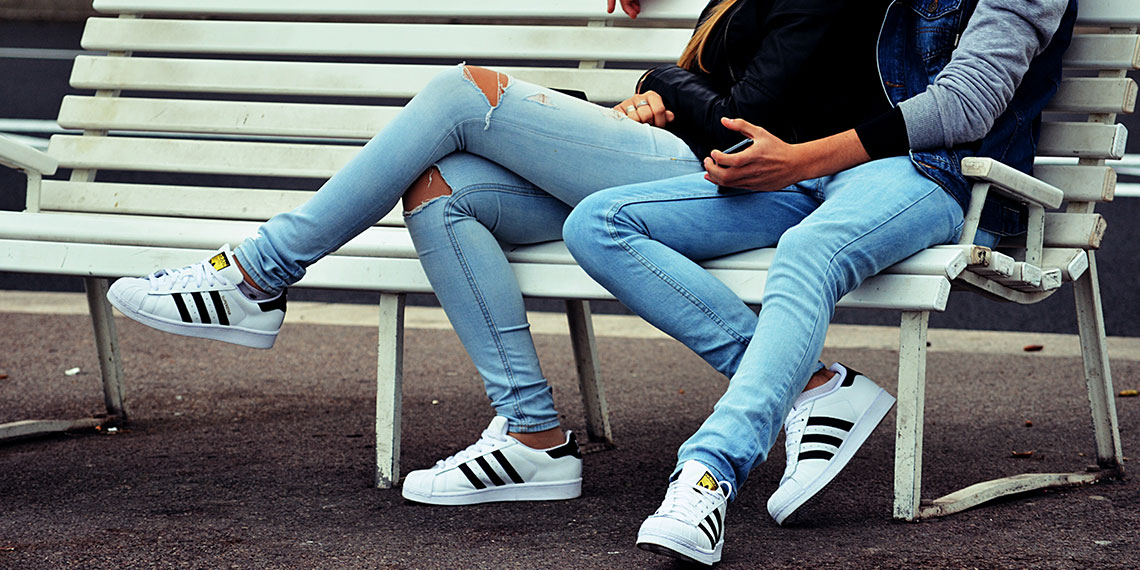 8 Ways College Couples Are Sabotaging Their Relationship (And Lives)

Dating is hard, like really hard, especially when you’re a college student. Even if you’ve found the right person, there are countless obstacles that make having a healthy relationship in college feel almost as challenging as trying to make it to your 8am after a night of binge drinking (almost). It’s easy for even the smallest insecurities about your relationship to get the best of you when you’re living in a literal cesspool of horny college students. You may be too clingy, become the psycho girlfriend you used to make fun of, isolate yourself from your friends (rookie mistake, who else are you gonna bitch to when your relationship ends?), or just assume your S.O. can read your mind. All of these qualities are just asking for relationship drama, so for those of you attempting monogamy in college and seem to be failing, here’s a list of reasons why you might feel your relationship’s going to sh*t.

1. You Are *Literally* Inseparable

In high school, spending an hour alone with your boyfriend required sneaking him in the window while your mom was at the grocery store. In college, you have even less of a grasp on the concept of boundaries! The blurred lines of work, play, and close proximity cause many couples to spend every second together. You abandon your interests and other friends to be with each other, even if you were just together earlier that day. Although sacrifice is important in a relationship, a life revolving solely around your boyfriend compromises your independence, and frankly, sounds boring as hell.

When spending time together becomes an obligatory routine, you can kiss the fun in your relationship goodbye, and because you’re so codependent, you’ll stay with each other even if you’re unhappy. At this point, anything sounds better than attempting to rebuild your friend group or having to avoid your ex in social settings, so you blissfully try to ignore the fact that your relationship has reached its expiration date.

Don’t settle for a Brad. Come join our LIVE @uuppod tour for all the sex and dating advice you need to know in order to avoid fuckboys. Link in bio for tix! @jaredfreid @jordanaabraham

Ah the honeymoon phase, the best part of every relationship. Lucky for us, this phase often lasts longer in college because you sleep over at a guy’s place, leave at 4am (without shame), and go to class the next day with no repercussions. We’re living with minimal responsibilities, which makes the initial stages with a guy feel unreal. Unfortunately, as with real honeymoons, this phase has to come to an end at some point. Once he goes home for summer break, decides to go abroad, or you try to introduce him to your parents and he freaks the f*ck out, reality sets in.

Turns out Brad, whose greatest accomplishment is a one-handed keg stand, may not be your perfect match in the real world, and every red f*cking flag about him slowly emerges. The boy you’ve spent three nights in a row sleeping with has never seen you in daylight, you rarely hang out sober or leave campus together, you never go on real dates, he never brings you around his friends, and you don’t have anything in common. You find yourself settling for this relationship (which you’d never put up with after graduation) because it’s college and it’s supposed to be fun. In reality, you need to get your sh*t together and leave him…like yesterday.

3. You Just Want A Relationship

You want the convenience of a consistent f*ck, the comfort of knowing who you end the night with, and to avoid the struggle of taking the kinda-hot-but-creepy guy from the gym to your date party. Basically, you’ll date anything with a pulse. While all of these are totally valid reasons, you’re completely ignoring the fact that you don’t want to be with HIM. Being in a relationship because of how it can serve you without genuinely giving a sh*t about the person you’re dating will not work. If there’s no foundation of love (or even like) in your relationship, you will undoubtedly outgrow one another as you go through college and beyond (especially if this is a freshman year relationship). As Tove Lo said best, “only one d*ck, that’s a bummer,” if you’re putting yourself through a relationship where you don’t love the person attached to the d*ck, it’s time to move on.

4. You Don’t Trust Each Other

In a place with thousands of young adults in (what they think is) their peak attractiveness and hookup culture setting the norm for romance, it’s no wonder jealousy is an issue. I mean, how do you not freak the f*ck out when Beta has a mixer with Gamma Phi and the girl he made out with once his first week of freshman year is gonna be there!? The answer is trust.

If you are both totally ok with exclusivity and trust each other, then jealousy shouldn’t be an issue. Granted, this isn’t an easy feat when college has us thinking there’s always someone better out there. Unless you’re both 100 percent committed, you’ll resent each other for having never experienced other people in college, so figure your sh*t out and make sure you’re on the same page.

You’re at the pregame, music is blasting, and all your friends are on their 6th tequila shot screaming the lyrics to “Since U Been Gone.” However, you’re not drunk, and you’re not singing Kelly Clarkson, instead you’re in the corner on your phone reassuring your boyfriend your boobs aren’t “too out” tonight. You want to make sure he doesn’t feel forgotten or like you’re having too much fun without him *eye roll.* You’re stressed, you can’t be present in the moment, and you’re pissed he’s monopolizing your time. The expectation to be accessible 24/7 is simply unhealthy.

This goes for social media as well: hundred-day Snapchat streaks with meaningless filters and over-the-top Instagram posts to demonstrate your “commitment” to one another are obvious overcompensating. Oh and btw, no one cares you two kissed on the beach in Miami over spring break.

Having the “what are we talk” at 1am when you’re beyond drunk and slurring your words while his roommate is throwing up in the background is definitely not the way to jumpstart your relationship. Your drunken alter ego cannot be trusted to perfectly execute the monologue you practiced five times with your girlfriends. Spoiler alert: couples trying to have important conversations, long-winded fights, and professions of love solely while intoxicated or via text will never succeed.

Real communication requires sitting face to face and—yes, soberly—discussing exactly what you need to discuss. You can’t leave the job of communication in his hands alone or vice versa; if you don’t have a clear idea of what you’re trying to get accomplished, he sure as hell won’t either. As a result, your boyfriend/girlfriend will be left entirely in the dark on how you’re feeling and you’ll probably resort to passive-aggressive tactics that will only make things worse.

First of all, if a guy treats you like his girlfriend, wants all the perks that come with it, but says he’s “not ready for anything serious,” you need to drop his ass! Just because you may have reached what you consider “relationship status” does not mean he’ll magically stop using Snapchat as his main method of communication or stop trying to make plans strictly after 10pm. He has difficulty dedicating an entire evening to you when it comes at the cost of missing literally anything else with his friends, and the thought of spending his weed budget on flowers is nauseating. Sure, he might “love u,” but the effort he’s able to put into the relationship right now is dismal. Before you lift your beautifully manicured hand to b*tch slap his face, accept the fact that he just isn’t ready. Raise your standards back up to where they belong and stop wasting your time and energy on him.

8. You Were Long Distance

me frantically trying to find the administration building right now so I can beg to pass the three classes i’m failing | twitter: julliiab

If couples who live on the same campus can barely master it…I pray for you overachievers tackling the long distance thing. If you’re successful, you’re going to have one hell of a love story to tell.

As you can see, there are a multitude of ways for sh*t to hit the fan with college relationships, but this is not meant to be a pessimistic roast. There are absolutely some cases where people marry their college sweetheart. You may go through multiple of the above issues and come out the other side stronger, you may literally find love in a hopeless place (aka your residence hall), or you may just be looking to go through as many partners as you can in four years. Whether your relationship is on the fritz or you’re in romance heaven, good luck navigating the whirlwind of dating in college.