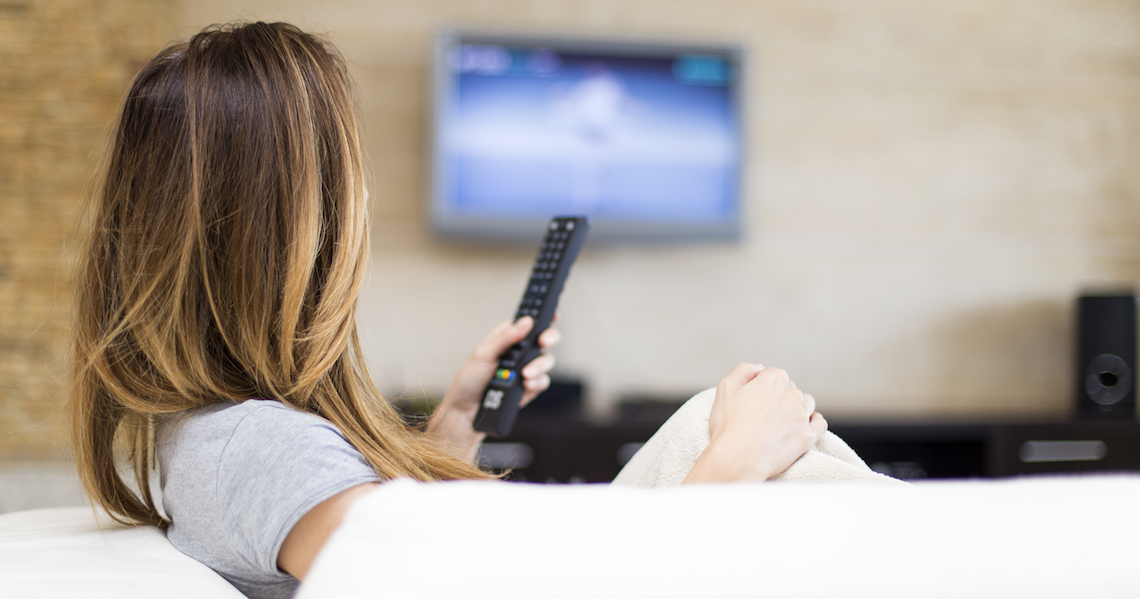 With a new year comes new shows to binge watch. Honestly, I’m all about reading more and lying on my couch less in 2019, but I also need to carve out large chunks of time to invest in some rly great drama, comedy, and general weird sh*t. Make entertainment great again this coming year and schedule time to binge watch these shows you won’t want to miss.

If you love v slow British drama and deep-seeded intrigue (like who forgot to curtsy or how shocking nail polish is), get ready for The Crown season 3, premiering on Netflix sometime in 2019. We don’t have a release date yet, but it’ll definitely be some time in the new year. Clare Foy will no longer be playing Queen Elizabetch II, but we’ve got a whole new cast to get invested in during the 1970s-set drama. Look out for the arrival of Princess Diana in the last few episodes.

Amazon Prime has absolute gold with this series. Basically, a 1950s Jewish housewife (who like, kills it at being a housewife) has her life turned upside down when her husband leaves her (lame). Instead of wallowing in ice cream and self pity, she gets blackout and ends up becoming a stand-up comic. The second season is on Prime NOW, and the third season will drop in December 2019. So, you have plenty of time to catch up.

Praise be. Hulu renewed The Handmaid’s Tale for a third season back in May 2018, during just the second week of season two. If it stays on its current schedule, we can expect to see the next installment in April 2019. Rumor has it we’ll see June’s escape and her fighting to bring down Gilead.

If you were blown away by Season 1 of HBO’s True Detective yet completely scarred by a terrible second season (looking at you, Colin Farrell), let’s all collectively give this series another shot. It’ll premiere on January 13, 2019, and Mahershala Ali will play Wayne Hays, a state police detective from Arkansas who has to investigate the disappearance of two young children. Juicy.

YASSSSSSS. If you aren’t a GoT fan, you only have one more season (which premieres in April 2019 on HBO) to hear everyone you know freak out about ice dragons and zombies and a whole lotta girl power. Honestly, the worst part about this show leaving us forever is that we can’t stare at Jon Snow brooding and moping around anymore.

What We Do In The Shadows

This upcoming series is based on Jermaine Clement (from Flight of the Conchords) and Taika Waititi’s vampire mockumentary of the same name. It follows a group of vampires living as roommates in New Zealand–with more capes and makeup and zero Twilight tween-sh*t. It sounds incredibly weird, and it is, but watching a grown man wander around in a cape and harass people gives me major inspo. It’ll premiere on FX in Spring 2019.

Beaches and murder and cheating PTA board members and some not-cool spousal abuse made for an amazing show on HBO last year. Even though the series–which is based on a novel of the same name–was slated to only be a limited one season shindig, everyone loved it JUST SO MUCH that it’s coming back. Meryl Streep enters the picture as Perry’s (RIP) mom and we can’t wait to see Reese Witherspoon and Nicole Kidman reprise their roles as Monterey mommies.

The final season of Julia Louis-Dreyfus bullying everyone around her while trying to keep her sh*t together will air on HBO in Spring 2019. If you enjoy laughing at the current state of politics in our country (LOL we’re all laughing to keep from crying), this is the show for you.