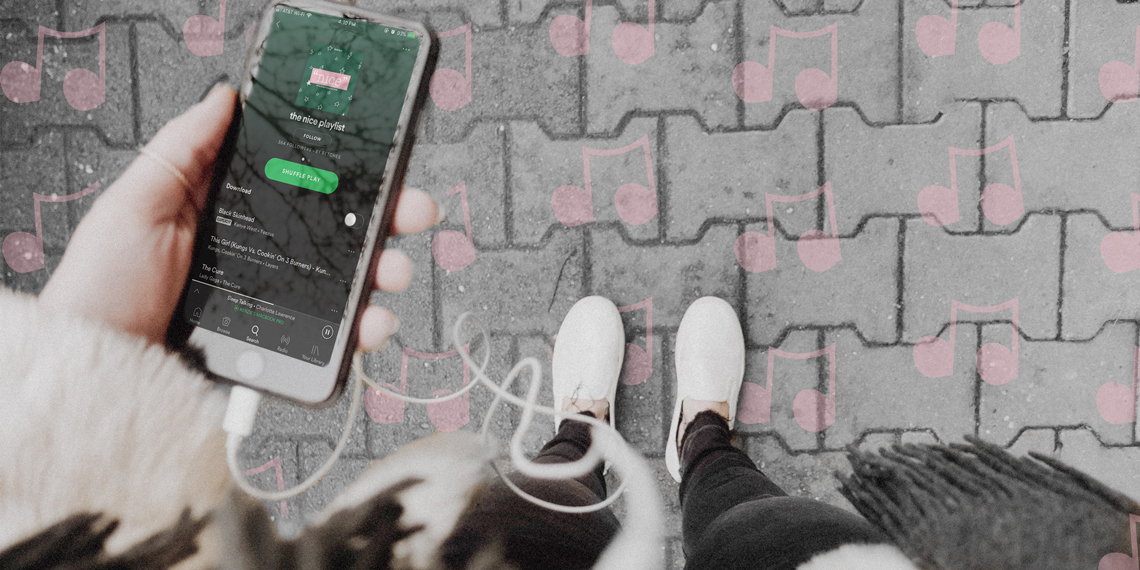 7 New Songs To Get You Through The Week

I know it’s been a while since I’ve done these, but I’ve just been busy. Sue me. But now I’m back (albeit a few days late) with some new songs to get you through the week. They might not be brand-spanking-new, but all these songs have been released in the past 10 days, and some were only released on Friday, so get off my proverbial dick and enjoy the music.

“Work Out” by Chance The Rapper

Chance dropped four new songs last week, and they all bang, obviously. I almost put “I Need Security” on the list because the hook is just a sample that says “fuck you” over and over, which is my personal Monday aesthetic, but I like “Work Out” too. It’s a little more quintessentially Chance. Also, the song is basically about how everything sucks but it’s going to work out, and I need that this week.

This song kind of reminds me of “Roses” mixed with “Closer” and a Cash Cash song—give it a listen and you’ll see exactly what I mean. And that’s not that surprising considering The Chainsmokers are huge fans of Boehm and have requested remixes from him. Anyway, this song is a solid summer jam. It’s peppy, it’s got a hook that’s easy to sing along to, it’s got smooth, breathy vocals. You’ll like it, it’s sweet.

It’s Monday, it’s raining, there’s asbestos in the air around my office, so maybe you’re not looking for a happy summer jam. Maybe you’re looking to brood. That’s ok. Check out “Accusations” by 070Shake. 070Shake is a breakout G.O.O.D. Music star who appeared on ye, Daytona, and Nasir—a pretty BFD for the 21-year-old. She’s gonna be huge, mark my words now.

“Mama Look at Me Now” by Galantis

Galantis says about this track, “this is a ‘thank you’ to those who always believed in us when no one else did.” The lyrics definitely support that theme, but I have a feeling I’m going to be yelling “Mama look at me now” when I’m about to shotgun another beer. Maybe not what they intended. Oops. This is another classic summer jam—there’s guitar, steel drums, and what sounds like a chorus of kids singing along with the hook for emphasis. Feel me?

This is the song you’re gonna want to blast through your headphones at work when you’re updating spreadsheets and fantasizing about doing lines of coke off a yacht. Just me, then? Any song with my bae, Ty Dolla $ign, is a certified bop. “Ooh Yea” is no exception. I’m also very here for Fabolous’ comeback—now all we need is for Ja Rule to put out a hit or two, and it will be the early 2000s all over again. I predict “Ooh Yea” is going to be all over Hot 97 and Power 105 within the next week, but if you add it to your “white girl with a hood playlist” now, you’ll seem like you’ve got your ear to the streets.

“Blinding My Vision” by K. Roosevelt

K. Roosevelt is the son of blues musician Keb’ Mo’, and if that doesn’t mean anything to you, then you really need to get out more. K. Roosevelt is a genre-defying artist (IMO) with heavy R&B/soul influence who’s worked with the likes of Jhené Aiko and Travis Scott. On July 13, his first single ahead of his self-title EP came out, “Adrenaline”. It’s fire. It’s got prominent guitar and drums that give the song an old school feel. A week later, K. Roosevelt followed it up with the release of “Blinding My Vision”—slower, blissful. If you’re still on a bad Sunday Scaries comedown and need to wallow in your feels for a sec, “Blinding My Vision” is the song for you.

I hit “play” on this song and immediately thought, “Oh wow, it’s Lana Del Rey”. Allie X’s voice is similar to Lana’s, with the characteristic low notes and jazzy tone. The more I listen to this song, the more I like it. The lyrics and overall melody paint a picture of LA that’s beautiful on the outside and vacuous on the inside—kind of how I picture most people in LA to be. Youtube commenter Mark Nelson wrote, “Allie didn’t have to give us a Hollywood gothic BOP, but she did, and I’m eternally grateful.” I feel like that sums up this song perfectly.